WARSAW, 1st December 2018 – “Did I lock the door this morning?” Have you ever asked yourself this question? Or maybe you’re always asking other key questions like, “where did I put my key?” or “did I leave my keys in the door?” A device invented by the Polish start-up Locky will let you forget about these questions.

The company has created Locky, a smart home security system. “We make a smart key,” says Dariusz Lipka, CEO and co-founder of Locky.

In fact the device is a special key overlay connected to a mobile app via Bluetooth. There is no need to change or modify the door or the lock, or to change your daily routine. You just place the key you use in the overlay, install the app, and the device is ready to go.

How? The system’s heart is a set of sensors hidden in the overlay and a special algorithm. “The sensors collect data regarding key rotation and movement in the lock. The algorithm analyses the data and determines whether the lock was closed or opened. Then the information is sent to the app,” explains Dariusz Lipka.

If you forget to close the door or take the key out of the lock, the app will warn you. It also helps to find lost keys and sends a notification any time someone enters the house. 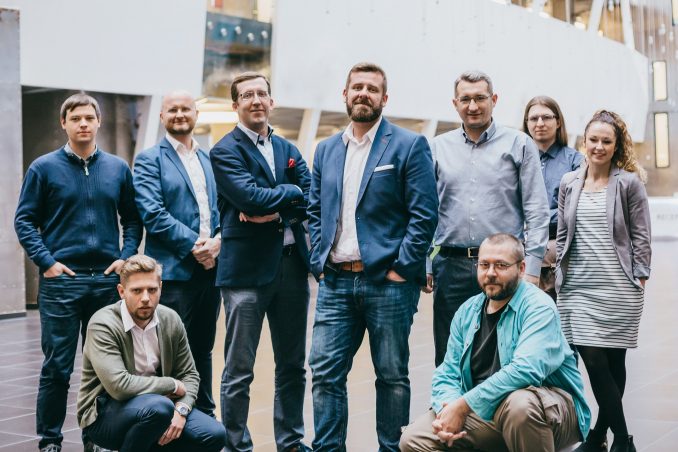 Locky is in the middle between a smart lock and a key tracker, which are currently available on the market. A key tracker, usually based on GPS data, can only locate lost keys. Smart locks are much more developed. These are digital locks which can be opened and closed remotely by electronic devices. They give the owner control over who can enter the house and they can send alerts regarding security. Thus they offer more features than Locky does, but as the start-up’s CEO stresses, smart locks are not their direct competitors.

“Smart lock users and our users have different needs. We don’t want to replace the smart locks. We want to be an alternative to them,” says Lipka.

As he stresses, a smart lock is the best solution for people who need remote control over their property. Locky, however, is for those who are afraid of being hacked, for example, or simply don’t want to digitalise their locks.

Work on the device took over a year. The most difficult part was not the sensors or the algorithm but the mechanics. “We didn’t want to create a product designed for one market or one type of key. We wanted to make a product with mass applications, that would fit all markets and all key types,” says Lipka.

They almost pulled it off: the Locky overlay is compatible with 90% of keys available on the market. As it has a universal docking system, things such as key bow (the part turned by the fingers) size or where the hole is placed are not important. There are only three limits. The  key can’t be thicker than 3 millimetres, longer than 77 millimetres and the bow of the key can’t be wider than 30 millimetres.

THE WAY TO THE MARKET

In recent months the start-up has exhibited its device at international construction fairs, including those in Bologna and Dubai. The CEO reports that there was substantial interest, mostly from construction companies and door producers from Western Europe and Asia.

Now the company is about to start mass production. To finance it they ran a crowdfunding campaign at Kickstarter. Within 2 hours they had raised all the funds they needed. Still, however, they are looking for an investor to act on a larger scale. The plan is to have Locky on the market in March 2019.

How did Locky’s story begin? One morning one of the co-founders was late for work because he had to turn around through heavy traffic to rush back home. All of this because on his way to work he asked himself one question: “did I lock the door this morning?”

A step towards a green transition in Poland
Poland must quit its coal addiction, or nothing will come of…
Offshore wind in Poland: a potential output of 28 gigawatts
Light and carbon nanomaterials to diagnose cancer
Developing a quantum computer takes more than just money and…
Miniature electrocardiogram device fits in one's hand