Read more about the countries in this project
More about France

Making malt is not that complicated. But producing this indispensable raw material for beer in a sustainable way is quite a different story. You need a lot of heat to do that. For this purpose, the Boortmalt malting plant in Issoudun (central France) has put the largest solar thermal system in the country into operation. The system provides 10 percent of the plant’s heating needs.  Boortmalt aims to reduce CO2 emissions caused by its global activities by at least 50 percent by 2030. Thanks in part to this system, France is one step closer to its goal of becoming Europe’s first carbon-neutral state.

The malt producer has made it a priority to reduce its carbon footprint. Cutting down on energy consumption and emissions is one of the four main sustainable development goals of Boortmalt, along with water conservation, sustainable agriculture and health and safety issues.

A year ago, Boortmalt built a solar thermal power plant at their Issoudun site. One of the most advanced malting plants is located there. Spanning an area of 14,252 m2 and in respect of heat capacity, it is the largest plant of its kind.

This solar thermal power plant project was the winner of the 2018 RFP for ‘Large-scale solar thermal plants’, organized by ADEME, the French Agency for Ecological Transition (Agence de l’environnement et de la maîtrise de l’énergie)). The aim of the initiative is to promote the search for alternative energy solutions.

For several years now, Boortmalt has been investing in alternative energy sources to reduce CO2 emissions and limit the usage of fossil fuels. This is done, among other things, with cogeneration plants (CHP). A biomass power plant was already put into operation in 2013. “This is where the residual products from the malting plant are burned,” explains Tim Fievez, plant manager of the malting plant in Issoudun.

“From the outside, our thermal system looks very similar to a traditional system with solar panels,” says Fievez. “But water flows through these panels. As a matter of fact, we are not generating electricity, but we are heating water. We don’t use that hot water straight away. We use that to heat up air that we use in our processes.”

The plant generates 8.5 GWh of renewable, low-carbon heat per year, accounting for about 10 percent of the malting plant’s needs. Through this facility, the annual discharge of 2,100 tonnes of CO2 into the atmosphere can be avoided, that is, the annual equivalent of the emissions of over a thousand cars. Thanks to this new facility, 50 percent of the heat that is needed to run the malting plant now comes from renewable sources. This proportion is set to increase even more over the coming years.

According to Fievez, the system is meeting the company’s expectations. “We are in central France. The sun shines often enough here to keep the system running. We have already met the CO2 reduction targets in the first year. In that respect, it is doing what we expected. Our goal is to achieve lower CO2 emissions and eventually achieve CO2 neutrality in the future.”

Thanks to the project, Boortmalt is also less dependent on gas. This is certainly more urgent than ever right now given the war in Ukraine. “Thanks to this project, we don’t need to use our gas burner as much. The solar panels function mainly during the sunny months, spring, summer and fall. The energy yield from this is very limited in the winter. So you can’t just replace your gas burner with thermal solar panels. This is because you risk not having enough heat production in the winter.”

The Boortmalt Group is a subsidiary of Axereal.  The large-scale facility at the malting plant is representative of the overall sustainable development strategy adopted by the Axereal Group. “We want to increase our profitability, in particular by focusing on structuring our channels,” says Paul-Yves L’Anthoën, CEO of Axereal Group. “Environmentally friendly production, high environmental values, low-carbon channels and new generation grain storage are all themes where we are taking a leadership role, and in many other areas as well. Each step toward more sustainable production is another step to meet the expectations of our clients, and ultimately also those of consumers.”

There are ambitions to install this kind of technology at other sites as well. “We need sunshine in any event,” says Fievez. ” So, the technology is especially suitable for sunny regions. In northern Europe, the system won’t work as well because there’s just not enough sun. You will have to look at other technologies there. A great deal of research is being done in our group to find out which technical solutions are out there to phase out dependence on traditional fuels as much as possible and to reduce CO2 emissions. All different kinds of technologies are being explored, ranging from solar panels, geothermal, to heat pumps.”

“Right now, with the current crisis, it is only becoming more and more relevant. The energy is dependent on the sun and not on the price of gas or what is happening in Russia. That also offers some price stability, something that gas can’t offer at the moment.” 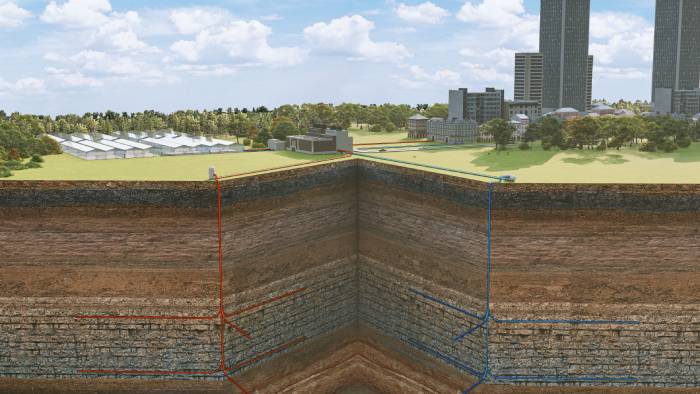 Boortmalt stresses that the alternative energy generation projects could be made possible in part thanks to the support from the French government. The Issoudun malting project was granted a subsidy of more than 3 million euros.

France revives itself through hydrogen and less impactful…
Croatia plans to store CO2 in depleted oil fields -smart, or…
Europe's first Chief Heat Officer: 'Heat must be on…
Finely ground rock could bind CO2 in the atmosphere
Improving liver surgery in Europe
Where are the most energy-efficient houses in Europe?