We arrive a bit early in the main hall of building R3 of Fontys. We take a seat next to a gigantic tree and look around. Fontys Rachelsmolen is the place where I studied, and it got quite an upgrade since I graduated. An attractive coffee bar, a wall with moss, colourful seats and stairs slash auditorium. Jorge sees us from a distance and rushes over. “Hi, so nice to see you, let’s get coffee and find a place to talk,” he welcomes us. And off he goes, on his way to the coffee with us right behind him. We find a nice conference room and start talking about Jorge’s life in Eindhoven.

“Let me give you an example of what I like in Eindhoven: my husband Rick works at a primary school where he started as a volunteer. Together with a team of students from Summa and Fontys, he organises after-school activities for the students and neighbourhood kids. He made a plan for it, attracted sponsors and involved the neighbourhood. The school’s principal, Yvonne van Mierlo, is a very progressive person and supported this from the start. The school became the centre of the community. Children can stay after school; they learn about things that are important in life and are not necessarily part of the official school programme. Their parents can work more hours and the parents connect more with one another, through their children. This outtake increases the quality of living and perspectives of life of these children.”

The concept started now in a second school. “It was difficult, in the beginning, to find the resources, because there is no direct monetary return-on-investment. Fortunately, the mentality in Eindhoven is to look further than the monetary value: it is all about the human capital, and the socio-cultural value that the system, they put into place, offers. The reason why this example is so dear to me is because it shows Eindhoven is a city that will focus, in the forefront, in those non-monetary values that help us grow as a community: the narrative of involvement, participation, growing together into the future.”

“Everything you want to do, you can do in Eindhoven”Jorge Alves Lino, Professor Media, Interaction and Storytelling at Fontys

“Rick’s work helps me put my feet on the ground. During all my time in Eindhoven, I have been working in the cultural and academic sector. I recognise that makes me part of a particular elite, and for me, it is very inspirational to channel my work as a designer and researcher to bridge the gap between different groups in society that are growing more and more polarised, with differences in digital competencies, education levels and access to opportunities.”

Jorge thinks the Eindhoven cultural sector doesn’t always speak to the population in general. “I find that language is essential and is one of the things that can connect us with one another. Unfortunately, the discourse of culture and academia is not always in a language that allows people in general to be part of it. It creates kind of a bubble, and I believe that is a missed opportunity. This sector should remind itself why they do what they do. People see the cultural sector as a highbrow thing, rather than the sector that can inspire them, make them think about the things that happen and are changing our lives, and be critical about it. As an example: I don’t think people see how important art spaces like MU are. We have the luxury of having such a place in Eindhoven, one of the best in the country. When you go there, it’s not only for the art as such, but what those artworks embody, what they represent, and on how you reflect on it. It forms the way you look at the world. However, for some reason, I don’t think that the largest part of the population has ever heard or had contact with such spaces. My assumption: I think that language may be one of the barriers, and we should find ways to communicate more clearly to take away the polarisation by language and make the value of these places embraced by people in general. Make people more involved. And though art, through experiencing things, help people reflect, be critical.” 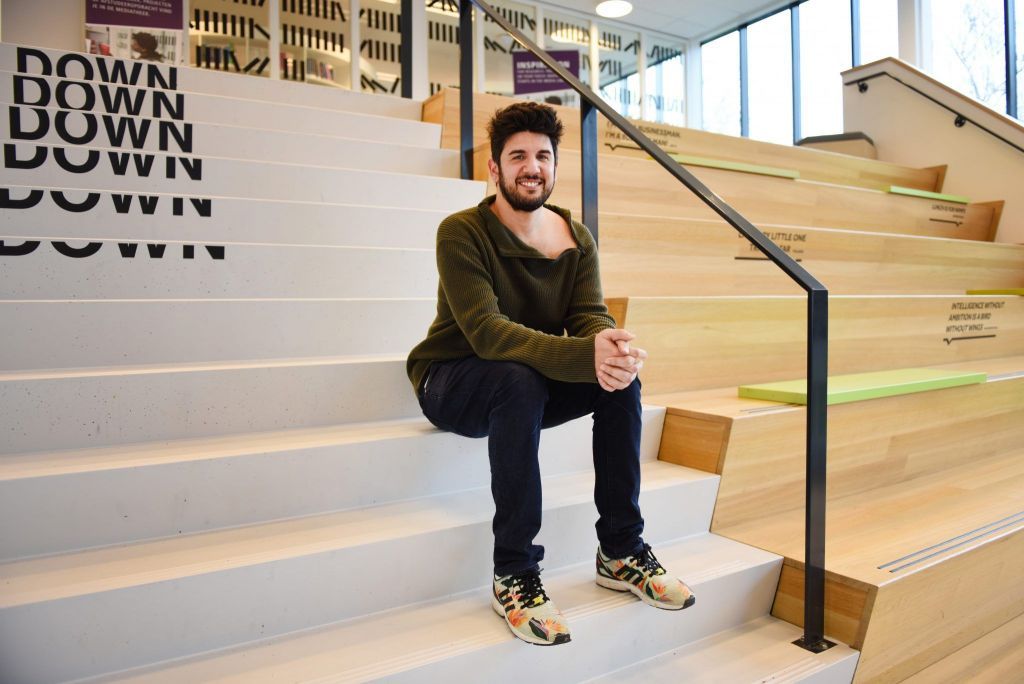 In 2007, Jorge came to Eindhoven to work at the Eindhoven University of Technology after he got an invite from a professor he met at a media festival in Germany, to do a PhD. Jorge had studied, worked and done research all over Europe and lived in different capital cities. “I didn’t know if I wanted to live in Eindhoven. I didn’t know the city and its dynamics. I decided to first work at the university without a long-term commitment and decide if I wanted to live here. When I came, I got to know the STRP Festival, the Dutch Design Week, Glow. I felt a sparkle in the air that gave me the feeling: I think many great things are about to happen here. Not much later, I decided to stay! I also liked the people here very much. People were genuinely interested in me, and I felt most at ease here of all the places I ever lived. It was my first time in a smaller city. Everything you want to do, you can do here. The Netherlands is a super well-organised country. When hear somebody complaining about the Netherlands, I think that’s funny. They don’t know what it is like to live in other European countries.”

“Since I am here, I see a shift in design from product-based to social-based. We look at the future and we can predict the changes technology will bring, especially in the labour market. Being critical is important, but also being pro-active in providing answers in our educational program and research. Preparing professionals for tomorrow for a world where automation and artificial intelligence will replace many of the tasks we do. What are the skills that machines won’t be able to replace? What makes us unique? How can we empower those skills for a future where technology is not a reason for fear of losing our jobs, but a tool we use in our daily life to hopefully have a better quality of living? At Fontys, one of the things we are looking at, on a large scale, is how can cross-pollination and structural collaboration platforms between schools and disciplines help us determine and empower the skills of the future, for instance, social studies work together with artistic practices and studies. I feel Fontys will be soon ‘breaking up the cocoons’, in a large-scale joint research effort across all Fontys institutes, which will soon be launched, and I have had the honour to be part of.”

Jorge has an advice for people who want to come and live in Eindhoven. “If you start a study here, you come here with a goal. If you have a job here, you come here with a goal. Then, you are already connected to the school or company and will interact with a lot of people. However, for people that decide just to try their luck and come here, that is not very easy. You need a network to start up not just your work, but your life, and you need to speak the language a bit. If you start out in the tech world, not speaking Dutch is not a problem, you will get by in English. In other domains, you really do need to speak Dutch.”