How Adriano Trevisan contracted the coronavirus will never be known. The 77-year-old resident of Vo’Euganeo in Veneto (north-east Italy) divided his time between his home and the card club. He had never been to China. Trevisan died on February 21 in hospital from COVID-19 and was the first corona victim in Italy.

Two days later, the Italian government imposed a quarantine on Vo’Euganeo, or Vo’ for short, and on ten other municipalities in the Lombardy region. The lockdown was to last two weeks. “This was an excellent opportunity to investigate and map the spread of the virus SARS-COV-2 (COVID-19) in detail,” says Andrea Crisanti, professor of microbiology at the University of Padua, Italy.

This involved isolating infection hotspots without exception, testing the entire population and quarantining the tested positive persons. This proved to be a method of tackling the spread of a virus. Crisanti is the initiator of what he says is “the first epidemiological study in the world,” an experiment in which almost an entire population is tested several times for a virus. Crisanti and colleagues from the University of Padua in collaboration with Imperial College London carried out two corona tests. One was carried out at the beginning of the quarantine and the other a day before the lockdown was lifted on March 8. Some people who tested positive were also subjected to a third test.

Nearly 90 percent of the population (3,300 inhabitants) submitted to the voluntary corona test, carried out through the nasal cavity. The medical history, use of medication, family relationships and social networks of the participants were also mapped. Symptoms pointing to corona, such as fever and coughing, were also recorded. 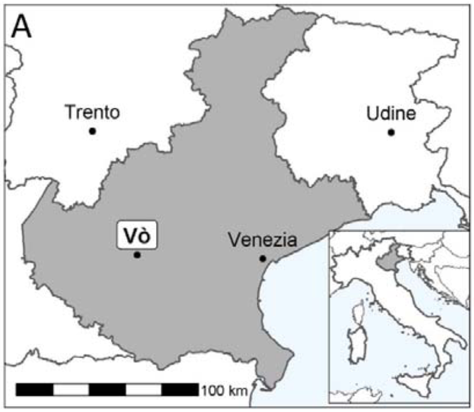 The first test in February showed that 73 people in the group had the virus, corresponding to 2.6 percent of the population. Slightly fewer people took part in the second test in March (over 70 percent), without its having a negative influence on the statistical reliability of the outcome, according to Crisanti. The number of people who tested positive now dropped to 1.2 percent. Eight new patients turned up. They had contracted the virus before the lockdown or because they had come into contact with an asymptomatic patient in the same household. In the end, the tally dropped to zero cases of infection.

The conclusion is that quarantine, mass testing as well as maintaining social distance is successful. But there’s more to be learned from the test data. For example, over 40 percent of the people who tested positive did not show any symptoms of the disease. That’s an important fact. “The results suggest that asymptomatic infections are the key to virus transmission,” says Crisanti. 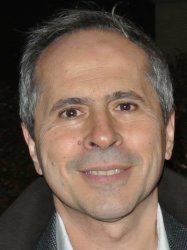 As long as asymptomatic patients remain under the radar because they are hardly tested, virus control is a tricky business. As a result, the mortality rate in some countries and regions is much higher than the percentage registered by WHO (3.5 percent of the total number of cases of infection – this percentage is from the beginning of April). The mortality rate in Vo’ is even lower. Apart from Adriano Trevisan, another resident died of COVID-19 (2.5 percent).

Right from the start of the outbreak

The epidemiological survey of Crisanti concerns a small rural municipality. But is the so-called Vo method suitable for metropolitan areas? Could the virus outbreak in New York be contained? “Our method is useful at the immediate onset of a virus outbreak. Big cities like New York are a case in point. But in principle it is possible to carry out an epidemiological investigation if you get there early. You would then have to hermetically seal off such a cluster, for example, a neighborhood, then test and retest its entire population,” says the virologist.

To our knowledge, the Vo method has not yet been applied elsewhere.