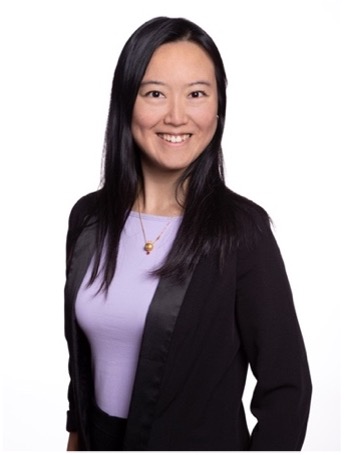 That geopolitics is a subject as sensitive as it is dynamic is something we see in the news every day. An alliance that seemed ideal yesterday may already be completely undesirable tomorrow. How do we keep things in balance as a continent, as a country, or even as a region? How do companies deal with this? To find out, Dr. Yuxi Nie puts the magnifying glass on the relationship between Brainport Eindhoven – which, as a high-tech region, is extremely sensitive to the consequences of geopolitics – and China. In a series of articles, she keeps us informed of the progress of her research, which aims to devise effective communication strategies for Brainport. Today part 2. Read the whole series here

The answer is likely that we do not know for certain and will find out along the way.

For international business between the Netherlands and China, no doubt there are different values and cultural perceptions. Keeping an open mind from both sides is what it takes to start building a trusting relationship. As Steven Grevink, a lecturer from Fontys minor ‘China and the World Economy’, points out in our interview: “For the Dutch companies, normally when we sign a contract, it means a solid establishment of business relations. However, for the Chinese companies, signing a contract often only means a good first step of building a long-lasting relationship.”

“A contract for the Chinese partners means dating only has got started, whereas for the Dutch companies, is already their first baby.”

Compared to the Dutch businesses that operate independently from the government, the Chinese counterparts often have central or local government connections or affiliations entailing different sets of norms and cultural values. The Chinese system is adaptive when it comes to bilateral trade but remains strict when it comes to domestic political ideologies. In Sino-Dutch communications, a great extent of sensitivity and agility is required from both sides. Understanding the cultural differences and learning from experiences and practices help and facilitate business relations to grow.

What kind of intercultural challenges are we talking about, and to what extent are they relevant to Brainport organizations in their communication with their Chinese counterparts? The research here unfolds these challenges through the following aspects.

We are using the same words, but these words come from different cultural contexts and may bear different meanings. Through discourse analysis, researchers ask: when certain terms and expressions are adopted in the Chinese context, would they bear different references from the Western European and Northern American context (“the West”)? Based on their analysis, there are marked differences in an array of expressions, including terms adopted frequently by the Chinese leadership, such as ‘cooperation’, ‘multilateralism’, ‘culture’, etc.

The term ‘cooperation’ in the UN’s discourse refers to “pursuing an existing common goal”. In contrast, in the Chinese political discourse, ‘cooperation’ (合作, hezuo) is viewed “as a way to uncover shared interests” through “seeking common ground while maintaining differences” (求同存异, qiutong cunyi). In fact, in Chinese political discourse, ‘cooperation’ is often linked with the term ‘pragmatism’ (务实, wushi) to form a “pragmatic cooperation” (务实合作, wushi hezuo). As a political terminology adopted by the Party, ‘pragmatism’ (wushi), coming from the pragmatic reform politics in the 1980s, refers to practical governance that leads to economic growth. Thus, in the Chinese context, seeking common ground is highly economic.

As Marina Rudyak also points out, ‘multilateralism’ in the UN context is “the source of rules and standards for international cooperation” among three or more states. However, the Chinese leadership’s vision of multilateralism is rather a ‘multi-bilateralism’ “where interaction with other countries is based not on universally binding rules for international cooperation but on bilateral agreements”.

‘Culture’ is regarded by UNESCO as “the set of spiritual, material, intellectual and emotional features of society” reflected from “value systems, traditions, and beliefs”. However, when mentioning “cultural” in the Chinese discursive context, the term is deeply embedded in political ideologies in the Party’s struggle against its enemies and critics, both internal and external.

These examples show that in international communication, literal translation cannot guarantee mutual understanding. To avoid mistranslation, both sides need to gain deeper contextual knowledge of the differences in these world regions. Is there such a thing as Chineseness? To understand Chinese culture, one must delve into the many layers of Chinese society.

Was there ever an essential Chinese culture to begin with? This may sound like an odd question. However, scholar Zhao Yuezhi argues that since Chinese society has been shaped by foreign ideologies and communication technologies since Mao’s period, there has not been just one essential ‘Chinese culture’ in contemporary China. Different geographical and social-economic regions demonstrate diverse cultures. Therefore, scholars link the research on Chinese culture with the issues of national identity and ideology. In a multi-faceted society, Chinese national identity today is composed of different social groups, including “fervent nationalists, disconnected urban workers, affluent business people, aging retirees, vast numbers of rural poor, ‘little emperors’ (…) democrats, Marxists, and so on”. Thus, the Chinese society brings upon multiple ideologies, including patriotism, nationalism, neoliberalism, consumerism, and democracy.

Despite the caveats of the five dimensions framework when applied to the context of the complexities of China, it offers several insights into the characteristics of Chinese business culture. Compared to the Dutch culture which is regarded as individualistic with low power distance and high uncertainty avoidance, the Chinese culture is collectivistic with high power distance and low uncertainty avoidance.

Such cultural differences indicate several things. First, in terms of power distances, the hierarchical relations are much more obvious in Chinese companies than in Dutch. For Dutch companies, when sending their representatives to meet their Chinese clients, they need to make sure that they meet at the matching level. Secondly, when it comes to Chinese low-uncertainty avoidance, it means agility and flexibility are valued over strict structures. In contrast to the contractual relationship in Dutch business communication, Chinese partners prefer to resolve disputes through negotiation and compromise. Various research suggests that high collectivism and power distance lead to inter-organizational governance or the so-called guanxi.

So, let’s talk about Guanxi. Often translated as connections or relationships, the Chinese term “guanxi” (关系) carries a pragmatistic connotation, referring to personal and informal networks that can decide and dominate business activities.

In the current social-cultural context, guanxi refers to “favor-seeking pragmatistic social practice” through which one achieves their goal by using their connections. In this sense, presenting one’s social reputation, status, and power, guanxi constitutes important social capital at both personal and organizational levels.

The concept of guanxi receives much criticism due to its exclusive nature towards those who are outside the social in-group. As Xiaowen Tian points out, the practice of guanxi often leads to corruption or its grey zone. Though since the anti-corruption campaign launched by the current Chinese leadership, the rate of overt corruptive activities has dropped significantly, the culture of guanxi still exists and is widely recognized.

Even though guanxi does not directly contribute to collaborative planning, building informal connections does contribute to more openness and efficiency in communication. For instance, research suggests that informal relationships directly influence information sharing. Through networking, firms can obtain up-to-date information such as “manufacturing technologies, new technical advances and new product features from managers of other firms”. Therefore, the guanxi-oriented business culture suggests “a more cooperative, relational and network-based inter-organizational landscape”.

Compared to the guanxi-oriented relational business interaction in China, Dutch business communication is based on a contractual relationship in which organizations are more likely and accustomed to turning to legal systems. For instance, first building a relational connection is an important step in Chinese culture whereas it is not a necessary step in the Netherlands.

Does this mean that one has to completely compromise and follow the other? Not necessarily. Researchers point to an integrated model. That is, with a comprehensive understanding of each other’s communication style, the initial informal, flexible relational posture eventually can lead to “the building of a contractual posture”. In this transition, both parties build trust toward each other during the formal and informal occasions.

How important is such networking or guanxi? In fact, it would not even be possible to enter the Chinese market without it. The Brabant Development Agency and Brainport Development have strong networks that could help companies to start up and expand their business in China. “By attending their events, companies could expand their networks in China”, Steven Grevink says. “We really shouldn’t ignore those chitchat during the event. It could help Dutch businesses to understand the Chinese market, and it also offers a great opportunity to share experiences and expertise among peers.”

Dealing with Perceptions in Intercultural Interactions

What does it mean? If we could conclude anything from this research, then it reminds us that what is perceived as the objective “truth” from one cultural context may not be the case in the eyes of those from another culture. The question of “Who sees the truth?” may not be even relevant in multi-lingual and cross-cultural communication.

To sum up, communicative practices are embodied in native languages and (foreign) language proficiency, in cultures and customs, in social-political contexts, in behavioral patterns, and in forms for transmission and reception.

The purpose of politeness questions

So how do we know if we are speaking the same language? In cross-cultural interactions, researchers suggest that non-native speakers (which often applies to both parties in Sino-Dutch communication when using the English language) use politeness questions to avoid misunderstanding. Simple politeness questions such as “Do you understand?” or “Do you know what I mean?” serve the purpose of “checking for both linguistic understanding (explicit purpose) and monitoring the development of the overall relationship between those parties involved (implicit purpose)”.

For Dutch organizations to develop business relations in China, it is essential to equip the personnel with an adequate understanding of the differences between the Dutch and the Chinese communicative characteristics. Effective intercultural communication requires one to readily take on the journey of embracing a different culture while not losing their own.

Dr. Yuxi Nie is a researcher-lecturer at Fontys University of Applied Sciences, executing the research project “Towards a communicative strategy that guides Brainport companies to do business with China in a growing digital business context”. Business relations between Brainport organizations and their partners based in China have been growing rapidly. Probing the geo-political, intercultural and digital challenges, this project explores the Sino-Dutch corporate communicative strategies and aims to develop effective communication strategies for organizations in Brainport. This two-year Hbo-postdoc project started in 2022 and is funded by Regieorgaan SIA, part of NWO, the Dutch Research Council.

Choosing a stance? Interpreting the geopolitical challenge…
'The best scientists also have start-ups'
Holland High Tech is cashing in on opportunities for the…
Dutch Medtech Factory Twente expects first companies in its…
The Brainport way of Systems Engineering
Combatting poverty and debt with the help of Artificial…