A coalition from Eindhoven and Taipei – start-up Incooling and multinational GIGABYTE – is focusing on developing a new class of two-phased liquid-cooled servers. Both companies believe that using liquid instead of air as a cooling system for servers saves energy and leads to better performance.

As the requirement for greater computing power in applications such as high-performance computing, artificial intelligence, scientific simulation and financial trading is growing, air cooling of these systems is becoming ever more problematic, consuming more energy and causing greater damage to the environment. Incooling’s technology is capable of pushing temperatures far below the traditional data centre air temperatures, unlocking a new class of turbocharged servers. It does this by leveraging specialized refrigerants using phase-change cooling, inside a pressure-controlled loop. This turns out to be a highly efficient method that allows the exchange of the heat from the chip with the datacenter air with far less thermal resistance. Coupled with the R161 overclockable server from GIGABYTE, Incooling’s solutions will be able to push performance further than ever before. According to the companies, first system tests showed up to 20°C lower core temperatures contributing up to 10% increase in boost clock-speed whilst lowering total power draw by 200 watts.

Since a liquid is a much more efficient method of cooling than air, GIGABYTE is investing more research and development into liquid cooling technology, and co-operating with a variety of industry partners to offer servers equipped with different types of liquid cooling solutions. The Taipei based company invited Incooling to join forces in the development of this innovative cooling system. “We are very excited to be able to collaborate with GIGABYTE because we know that true innovations only come together with truly innovative partners”, said Rudie Verweij, CEO at Incooling. “GIGABYTE not only makes best in class products but are also able to push the boundaries on multiple technology frontiers. These capabilities come together in their R161 series server.”

Mike Chang, Thermal R&D Manager at GIGABYTE says Incooling offers a unique solution, “different from others in the market place, and we are looking forward to working with them to see what new possibilities we can achieve using our servers together with their cutting edge two-phase cooling technology.”

In the near future, Incooling is planning to adopt their cooling technology for other types of GIGABYTE server systems such as its H-Series multi-node servers for high-performance computing and G-Series GPU servers for artificial intelligence.

Incooling is a headquartered in Eindhoven, the Netherlands and was part of HighTechXL’s first deep-tech venture building program. After the 9-month incubation period, Incooling was successfully funded and is collaborating with global companies. Incooling was recently selected by Dutch officials to represent the Netherlands at several top global conferences including Computex, the Global Entrepreneurship Summit and CES 2020. 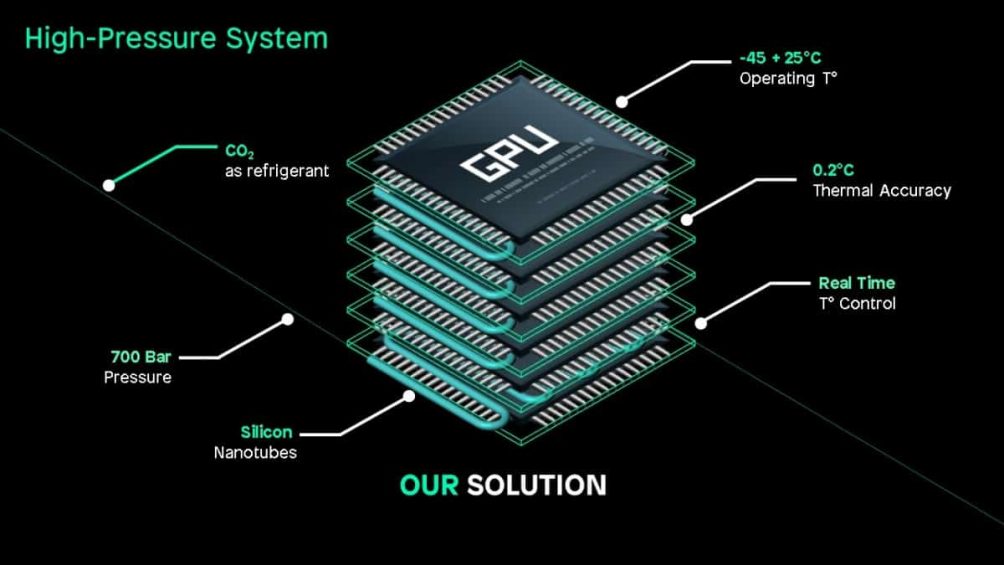