Yesterday we talked to Albert Falck about his company Lay3rs and his 3D printing ambitions. Today we meet Joel Vlashof, a regular customer at Lay3rs and in the middle of quite an ambitious 3D printing project.

First ones in Europe

Vlashof is a service engineer by profession. He works at a company in medical equipment. Model building is just a hobby. “One that has gotten quite out of control”, he smiles. After building several other model airplanes and radio-controlled helicopters, he and a couple of friends have now teamed up for something bigger: the building of a scale model of the Joint Strike Fighter – type F35-B. They are the first ones in Europe to do so. 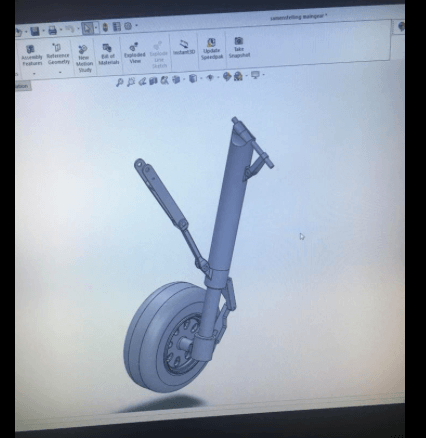 From the landing gear to all the different covers, Joel needs many, often unique, items for the construction of his JSF. Its a pretty pricey affair. He therefore decided to invest in a 3D printer so he can print the stuff he needs in PLA and ABS (types of plastic) for just a few cents. “The only problem is that I don’t really have room for it in my house.” He has placed the printer in the kitchen for now. 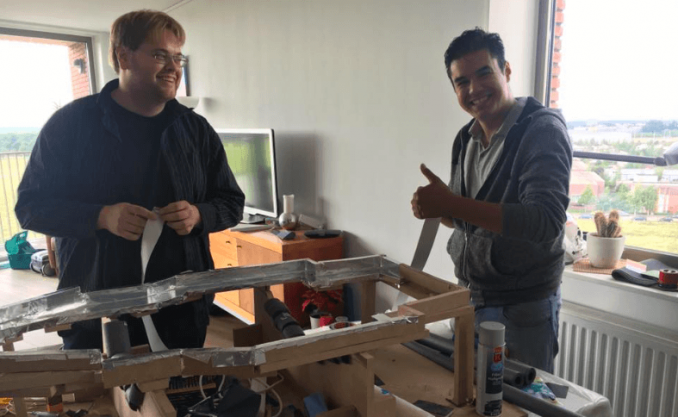 Hendrikse. Ingmar writes the software for the flight computer, Joel does the mechanical part and the designing on the 3D printer. They work together with Jolmer Tilstra, who previously made a F-35A model (one of the three other versions of the JSF). They recently joined forces as f35model.nl to build the F-35B model, the JSF variant known for it’s vertical takeoffs and landings. Peter Coers – “the model builder of The Netherlands,” according to Joel – is helping the team in making the molds.

And then there are the online groups where the men share information and receive advice. Forums like RC Groups and RC Universe. Here people are looking forward to the moment the model will not only hover (we’ll get to that in the last paragraph), but also perform a normal flight.

Video of the test flight

Meanwhile, the team is already testing prototypes at model flight base Ornithos in Geldrop. Watch the video of the latest test flight:

A call from Lockheed Martin

Joel and his team members are the first ones with a working scale model of the F-35B in Europe. Also, they managed to let it hover (remain floating in the air) – just like it’s big brother does. As far as Joel knows they are the first ones in the world to get this trick done. An achievement that has not gone unnoticed by the Americans. The team got in contact with Lockheed Martin – the developer of the JSF – and agreed to build them a scale model of the F-35B. A cool side effect for the team that enjoys the ‘making of’ as much as the final result.

Check out the Facebook page of Joel and his team for updates on their project.

Cover photo: Joel and Jolmer with their JSF (sitting in front of the real one)