Michael Tagscherer has been Chief Technology Office (CTO) at the Munich-based security technology group Giesecke+Devrient (G+D) since July 2019. A newly created position. As a computer scientist and doctor of electrical engineering, Tagscherer has worked intensively on neural networks and data analysis. He has been working for G+D since 2001, a large proportion of this time in product management, several years of which in Asia. For him, technology is a business enabler, another way of offering new portfolio items and services. And it’s not invariably a new technology feature that opens up a new service, but perhaps merely something that provides a clear glimpse into the future of the market.

A CTO for the entire G+D Group. Why?

Our business rests on four pillars: products and solutions for secure payments in the physical, electronic and digital worlds for safeguarding digital connections between people and machines on the Internet. We also support governments and public authorities worldwide with reliable, integrated identity solutions and protect data networks and critical infrastructures against data breaches and misuse. As diverse as the topics we address in our core areas are, the basic technologies they deal with are often quite similar. The new key role of a CTO gives us the opportunity to bundle resources across the four divisions and advance new solutions in the G+D Group. The Internet of Things, artificial intelligence, machine learning, scalable security, secure operating systems, biometrics and distributed ledger technology, blockchain, etc. are all topics that affect the entire G+D Group. 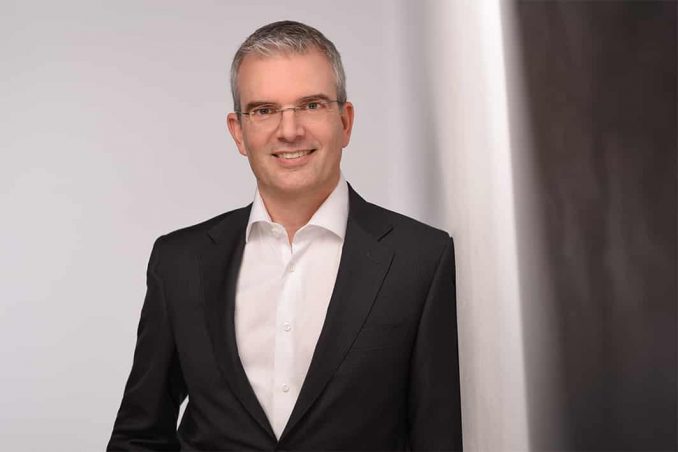 How do you as a concern rise to the challenges of innovation?

A classic example is the area of research and development, which we carry out in a highly specialized manner in the respective divisions. At the same time, we are always looking for strategic acquisitions alongside our core business.

We have also been active in the venture capital market since summer 2018. This means that we invest in start-ups with ideas that match our own. In contrast to the established players, start-ups can approach issues much more impartially and are therefore often much faster.

This kind of impartiality has been institutionalized internally, so to speak, by setting up a separate unit for digitization. Advance52 is an in-house incubator and accelerator that tests ideas irrespective of routine business. Currently on the agenda of this small team are themes that come 100% from the business divisions or were developed over the course of brainstorming sessions with the business divisions. Now they have to prove their market potential via a multi-stage process.

In this respect, the pooling of technical responsibilities that has now been completed in my department is the final step towards positioning ourselves strategically in our overall approach to innovation.

As far as the in-house idea incubator is concerned, has anything eventuated yet?

We started with a comparatively simple theme focusing on currency. Up to now, sales have mainly been made through analog channels. This will continue to be the case when it comes to the large banknote processing machines at the world’s key banks. In addition to these large machines, however, this segment also features tabletop machines in its portfolio. These are used by the smaller bank branches, casinos and supermarkets. The team has developed a web shop for this product portfolio in order to address a broader customer base. And once the shop is up and running, other products can also be sold.

To give another example: advance52 has developed a system for the colleagues from the identity management team that would, as an example, allow you to apply for a new passport on your smartphone. The identification process takes place directly via your mobile phone. So you no longer have to go to a public office and sign something there. A great step towards digital government and a definite improvement on administrative procedures.

Sounds like a rather conventional innovation, as in: I can make an established, slow process go faster. Definitely worthwhile. But why do you need an independent unit for this?

One problem often lies in the transition from the analog to the digital world and the resulting creation of new business models. These can be considered as competition to or possible cannibalization of the established businesses. This is also true to some extent in some cases. Not every salesperson is happy if the products that were previously sold exclusively through him or her are suddenly able to reach the customer through other channels …

I’ll give you an even clearer example. It starts off with a simple idea and ends up with a massive change in the business model: Do you still remember the times when, after signing a mobile phone contract, you put the SIM card into your mobile phone and then had to fill in lots of data manually in order to be able to connect to a network?

Back then we said: that takes a long time, it’s prone to faults, we are offering this to the mobile phone provider as a service running in the background. Nowadays, when you insert a new SIM card into a mobile device and activate it, we send a message to the device and load the configuration that matches the version of the operating system and the contract that you have just signed. We are currently doing this for around 1.5 billion mobile phones worldwide.

We are also offering something similar in the SIM segment for the mobile operators themselves. If back-end systems need to be converted, other configurations on SIM cards are required. New encryption keys need to be rolled out, etc., we take over the management. We are presently doing this for 3.5 billion SIM cards worldwide.

… so where’s the break with current business practices then?

With the next step you avoid having to insert the SIM card manually thanks to a more advanced technique. It’s then merely soldered securely inside the device. The rest happens via the wireless interface behind the scenes. For a company like ours, which is very successful in the traditional SIM business, embedded SIM technology and eSIM management naturally has disruptive potential. This could seriously damage the standard SIM business.

First of all, there are applications for which removable SIM cards are only practical up to a point. In the automotive segment, for example, climatic and mechanical conditions such as temperature, humidity or vibration mean that SIM cards must be firmly soldered into place. This means that an embedded solution is a viable and in some cases vital alternative here.

However, the estimated future development in the market was much more decisive. Nowadays, many people are connected to the Internet via mobile phones as a matter of course. In our opinion, this will be the same for the objects around us. The Internet of Things will cause the number of connected users on the net to skyrocket. And you still won’t know which provider you want to use for your network connection when you buy a device. So you need a method that will allow you to map out these anticipated market dynamics. For us, this meant separating the hardware from the SIM card’s operating system. Back then, we started off small with this idea with just the one customer. Today, the system runs flawlessly on millions of its current end devices, such as smartphones, tablets and wearables.

And was there any internal resistance?

Yes, absolutely. It wasn’t about technical possibilities in the main, but rather about business prospects.

But as we looked to the future, it was obvious to everyone involved that the technology was on its way. And we had to be on board. One very important point: From the the outset we had to openly address the inherent risks. We had to get together and think about how we could all work to make it a success.

Now you’re scaling up this technology across other industries and using it for new services?

That’s right. For example, one of our customers received a number of complaints in one of the countries where they sell their products. This was because they were a car manufacturer and their advertised connectivity services were not working. To counteract this problem, we loaded an additional Quality-of-Service application onto the eSIM cards that were soldered in. This allowed us to track network-relevant parameters and identify the causes of faults. Based on our data, the car manufacturer was able to quickly resolve the problem with the mobile network operator. In this case, the eSIM technology was a prerequisite for being able to offer this quality assurance mechanism in the first place. That’s how we would be able to roll it out more quickly.

In your opinion, what are the most exciting technical developments at the moment?

It is estimated that we will be dealing with around 35 billion connected devices by 2023. Here’s a simple calculation: If it takes us an average of – say – 20 minutes to get one of these devices connected to the network right now, then with today’s resources we would need about 1 million years to make these staggeringly huge numbers of devices operational. In other words, this process will have to be highly automated in the near future in contrast to current procedures. Digital identities of items and users and their secure identification and authentication processes will play an important role here.

Once devices are connected to the network in vast numbers, they produce immensely exciting data. This in turn can be used as the basis for new business models. These are questions that we have to ask ourselves here: Can I trust the data at all? Where does it come from and who can access it? How do we ensure that nobody can tamper with the firmware? In my view, the management of devices and identities, connectivity, security, data analytics, machine learning – (and on the hardware side, I’d like to mention quantum computers too) – are the key issues that will preoccupy us in the coming years.