The E52 High Tech Tech Piek Awards were awarded this year again to nine people who have made a special contribution in the field of high-tech technology last year, or for whom we have great expectations in 2018. In nine days, we portray each of the winners. Today one of the Knallers of the High Tech Pik Awards: Ramon Haken, who won the prize because of the pivot he is making with startup Avular.

Jury report:
“Avular won the Top 10 Startups in 2015. Now Ramon is the winner in showing that the development of a startup is not a straight line. With a turn from petrochemical industry to a generic platform, the company is entering a new phase. The Curiosity platform is a base on which many innovative drone applications, but also other unmanned systems, can be developed.”

“New regulations on drones are only slowly coming into being. It was one of the things we have regularly encountered with Avular in recent years. You can get frustrated about that, but you can also accept that something like that just takes time. With this attitude, we have once again begun to look at the situation: what remains to be done? And how can we contribute to this?”

Ramon Haken, one of the founders of Avular, has the floor. A startup that we have been monitoring since the very beginning. Haken and the two other founders of Avular (Gerbert van de Ven and Albert Maas) met by chance in 2014 during the Startup weekend in Eindhoven. It clicks and quite quickly the idea of the drone is born. The first highlight is participation in HighTechXL, the startup program on the High Tech Campus.

The first idea
The goal of the three entrepreneurs: to develop a super safe and stable drone for research and inspection applications. During that period it becomes clear how important, but also how difficult it is to determine the primary focus of your startup. What do you distinguish yourself? What exactly is your market? Initially, the team started with a drone for the agricultural sector. Later for petrochemical applications. The men are developing a prototype drone that is able to move in a stable and safe manner (for the latter, Avular uses a technique based on the same principle that allows ASML’s chip machines to move very precisely.)

Then again, those regulations. “And in addition, you’ll run into more things before you can safely fly a drone into an oil tank,” says Haken on the phone. “You’re dealing with certification, explosion hazard and just as you have a solution for one, there is something else that’s difficult. To add real value to the inspection, you will also have to be able to fly automatically in a tank, for example. This is difficult because the sensors have difficulty with large quantities of steel.”

The market that Avuluar has been focusing on so far appears to be too small. And the type of drone the team works with, that of over 4 kg, is subject to a lot of regulations. Every change must be re-certified. It is therefore not going to happen. Meanwhile, the team has seen almost every pitfall in the drone industry.

The pivot
They decide to re-evaluate that expertise. In those three years, Avular has not been able to put a drone on the market, but they have put ‘ridiculously much time and effort’ into that product. In short, they have built up knowledge, experience and a network that is very valuable.

At the beginning of 2017, Avular continues with the core team. One of the most important pillars of the company will be the Curiosity platform. Under this flag, in addition to research drones, Avular also supplies boxes with various connectors that are intended to be placed in another unmanned vehicle. Companies can easily adjust Curiosity to their specific requirements, for example with modules for positioning so that you know where the vehicle is (even in environments with a lot of steel). Avular focuses on companies that want to deploy robotic systems in research and inspection. In addition, Avular assists companies that want to develop a prototype drone themselves and also sell their own drone, but a lighter variant that therefore has fewer certification requirements.

The pivot turns out to work. New customers benefit from the knowledge that Avular has now built up. The team is expanding again.

Ramon clearly sounds excited on the phone. “There are still few standards in the drone industry. Many entrepreneurs and researchers want to do something with it, but everyone is constantly reinventing the wheel. Through everything we have learned with Avular, we have the expertise to help customers really get started with drones and other unmanned vehicles.”

Talking about the European airspace
As a company, of course, you don’t make such a turn in splendid isolation. Over the years, Avular has gathered a network of advisors around it, but also with its own investors. That kind of conversations are not always easy. I think we were on time. We have been able to change the situation to our advantage.

Asked where he gets the inspiration to do what he does, Ramon replied: “For me, these are the interesting people I meet through this work. A few weeks ago, I was in Brussels at a conversation about the division of European airspace. There were various parties at the table, large companies, governments and research institutes. I then represent Avular, a small company. But that is precisely what the European Commission wants with the new regulations, that other players will also benefit and that new companies will come into being: ‘Look, this is such a party that we are all doing it for’, they say, and point to me. Beautiful, right?” 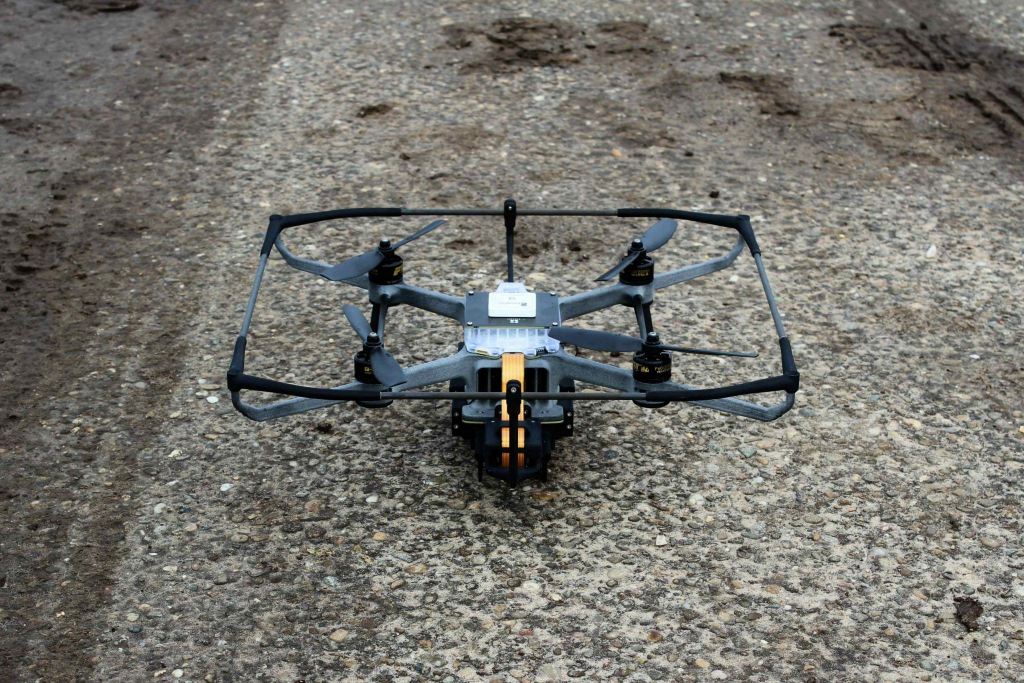 Academic heart, commercial head
Dortmund: where innovation drives community spirit
Student team invents smart bra that can replace painful…
'Innovation has remained robust in Europe'
Innovation is the common thread in books about Ghana, robots…
What is the ‘box’ when it comes to thinking 'outside the…