A white dome tent in Ketelhuisplein looks nothing like a conventional hotel building from the outside. Inside, however, one finds a cosy room of a small elegant hotel – a very sustainable hotel, though. Sustainability is the key aspect of the modular portable hotel room by Happy.Green. The design runs completely on the solar energy, it is built from easily recyclable materials with low carbon footprint, and it can be carried around on a bicycle trailer or a boat.

“Hideaway hotel room is like an Ikea package – it can be assembled and disassembled all by yourself, with two people necessary to build it,” says Bram Kerkhof, co-founder of Happy.Green – a collective of creators from Eindhoven. Bram explains that their hotels are designed modular and portable to be moved from place to place frequently so as not to cause long-term damage to nature. “Normally when people discover a nice location, everybody wants to visit it, so infrastructure, large hotels and resorts are being built, and eventually the location deteriorates”, says Bram. “Our goal is to visit nice places without damaging them. I also like travelling, but I want to visit beautiful places in a responsible way. And that’s the idea behind our Hideaway.”

The journey of portable hotels by Happy.Green started in South Africa, and recently their geography expanded to South America – Hideaways are going to Panama. But what about the countries with the colder climate? “There is a version of our modular hotel room for the countries much colder than South America – for example, Scandinavia region or the Netherlands,” says Bram Kerkhof. “I know that people living in Norway are really outdoor, so I think our concept will also be great for them!” As Bram tells us, the version of Hideaway displayed during Dutch Design Week 2018 is designed for the hot climate – it has only one layer of insulation and a special ventilation system to keep the heat out. But there is also a version with multiple layers of insulation to keep the room warm when the temperature outside is low.

“Philips HUE lamps are inside of a Hideaway because they create a great atmosphere and because we try to use as many local accessories as possible,” says Bram. “Our bedsheets are from Bedding house, and our domotics is Athom Homey. All domotics systems work offline. The units don’t have either TV or internet solution because their main purpose is to let the people enjoy the nature around them. And that is why we have a big panorama window and a starlight roof in every hotel, too.”

Bram Kerkhof says that Hideaways are specifically built for off-grid locations, so they require no infrastructure at all: they have solar panels for electricity and several options of autonomous water supply. “One solution is the water tower with the rain collector and the filtration system – it produces drinking water. It’s an option for the places with no water source close by. Another water supply system works when you have a river or a lake nearby – the filtration system purifies the water making it safe to drink. If the only water source is the sea, we have a reverse osmosis system to produce fresh water from the seawater. And this water tastes good – we paid attention to this detail, too!”

Bram Kerkhof says that in the beginning Happy.Green thought that Hideaways would mainly attract the interest of the hotel companies willing to expand and to go to the new locations, but things turned out differently: “Regular people are the ones who became most interested in the modular hotels. For example, people who have a big garden and want to have a guest house or an Airbnb there. Or a person who wants an office next to the house, but it is not allowed to build there. Depending on local regulations, for Hideaway hotels you usually don’t need a construction permit! People who have beach clubs in the tents and remove them for winter to set them up again in summer are interested in the modular hotels, too, because they like the look. And this is how the customers are coming up with the new ways of using our hotel rooms – the ways that we have never thought about. People are very creative, and that’s what I really love about it!” 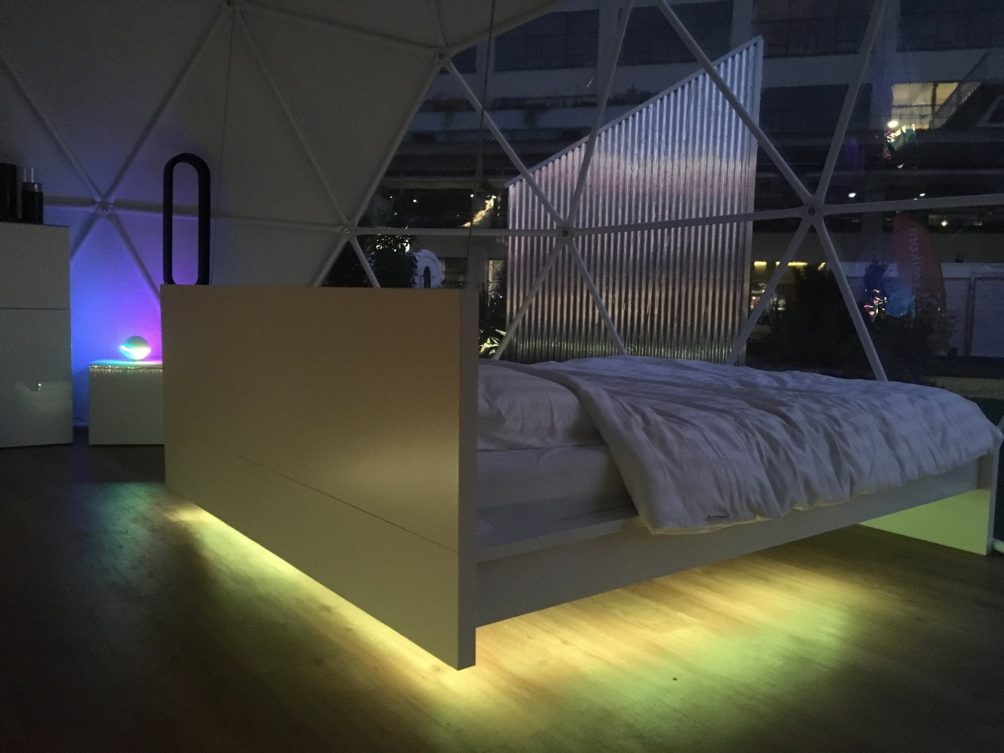