Here they are, the winners of the 2016 Gerard & Anton Philips Awards. In a fully packed Tuchthuis in Eindhoven, these ten startups were honoured for their efforts in aiming to become the next Anton and Gerard. According to the jury these are the startups to watch.

In random order, here are the winners with the jury’s comments:

Not the best known company in Eindhoven however unseen you might have used their wireless charging technology already. An invisible force in many ways.

The TU/e has enjoyed many successes in robotics. Microsure is a spinoff delivering a real quality of live improving technology based on the knowledge developed within the university.

Sjaak Deckers didn’t take a break after his success with Sapiens. He immediately created a new startup to tackle another huge medical problem helping paralyzed people to walk again.

Some problems are not easy to discuss. However that does not stop this startup to use technology in a surprising way to help women with urine loss. They just closed their crowdfunding campaign.

This spinoff from the TU/e has a surprising alternative to both fossil fuels and hydrogen. Already demonstrated at a small scale they are now building a Formic Acid driven bus. They are in the middle of a crowdfunding campaign.

Thanks to Philips Eindhoven is a hotbed for display technology. This spinout is taking displays to the max providing low energy non-light polluting billboards.

To have a function democracy you need a functioning bureaucracy. GenKey provides the key components to make sure people in developing countries can exercise a key right. A surprising application of technology.

More a team than a start-up Bluejay is exploring the future of drones. Their discoveries might change our lives in unexpected ways.

Another silent power. Sendcloud empowers small webshops to give the same level of service as the big companies. As with many startups this company was born out of frustration.

Years in the making Ibis finally launched its first commercial wind-turbine. A breakthrough to use wind power in the urban enviromement.

New startups with the ambition to be the next Philips or ASML are founded regularly here. From all over the world people come to Eindhoven because this is fertile ground for new innovative companies. We want to celebrate this entrepreneurial spirit. This is why E52 and the High Tech Campus created the Top 10 Startups to Watch. Tonight, in the third edition of the event, the 10 winners have been honoured with the first Gerard & Anton Award. 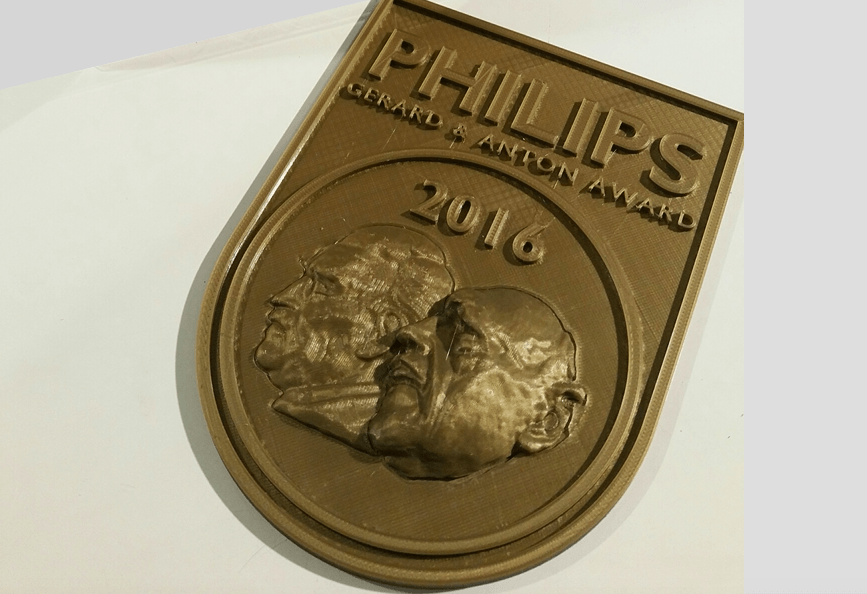 These are the 10+1 big winners of the Gerard & Anton Awards
The enterprising student easily beats professor
Academic heart, commercial head
You shouldn't just ask for a grower, but just give Bart a…
'A university is not a patent machine'
This will make microplastics obsolete