Whatever the outcome of the current problems between agricultural Netherlands and the government in The Hague may be, one thing is certain: farmers have to become more sustainable. In our series ´Netherlands, hydrogen land´, we wrote about the role that hydrogen could play in the transition of agricultural and livestock farms.

Jacob-Jan Dogterom spoke to us in one of the instalments of the series about making his farm more sustainable with the use of hydrogen. Research showed that in order to make his agricultural farm energy-neutral, he needed mobile solar panels. He actually started using these panels this April, which are manufactured locally according to the H2arvester concept. Marcel Vroom, co-founder of H2arvester and industrial designer at npk design, tells us more about it.

Solution to problems in the agricultural sector

Five years ago, at a brainstorming session of the Netherlands Enterprise Agency, the industrial designer met climate and energy specialists Rob Jacobs (L’orèl Consultancy) and Auke-Jan Veenstra (LTO Nederland). The assignment? To find a solution for the ‘sun on farmland’ dilemma. It took half an hour before the gentlemen came up with the idea of mobile solar panels and hydrogen production.

Vroom: “It’s quite simple: we want to generate more sustainable energy in the Netherlands. But if we cover all the roofs with solar panels and fill the sea with wind turbines, we still will not have enough energy. Moreover, the electricity grid is too cramped. Therefore, we will have to use solar technology on land; in particular on agricultural land, but also on fallow land, wasteland and ditches. We also need to be able to store this energy so that farmers can use it when they need it and the power generated does not have to be fed into the (far too small) electricity grid.”

And so, H2arvester was born: an autonomous, mobile system which solar panels are attached to. These solar vehicles can drive across fields without damaging any crops. Solar energy is converted into green hydrogen and heat on the farm by means of an electrolyzer. Farmers can use this themselves. What they do not need themselves, they can either supply to fellow farmers, nearby homes and businesses, or store for later use. (Note: at present, supplying self-generated energy to neighbors is not yet permitted by law)

“So then you get a double harvest. Research shows that farmers can at least become self-sufficient this way and perhaps even become energy producers,” Vroom says looking to the future. This spring, the first two prototypes were put into operation for the purpose of conducting research. 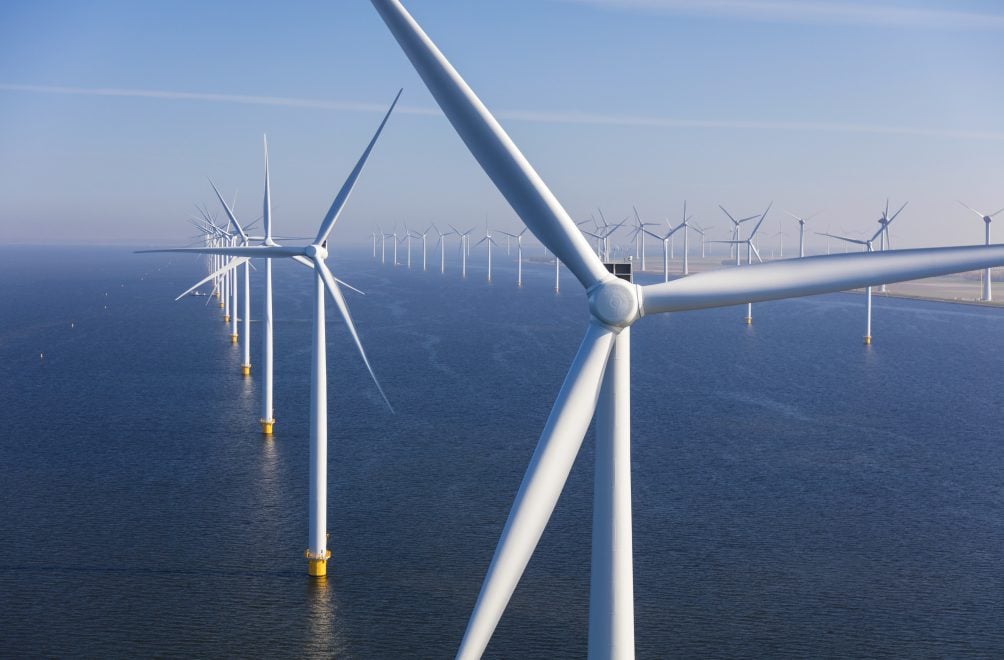 Hydrogen is rather the final element than a starting point in the energy transition – Innovation Origins
Will we be able to get rid of all our green power by 2030? Or should we turn it all into hydrogen? Frans Rooijers and Martha Deen explain.

At Wageningen University & Research’s (WUR) Farm of the Future in Lelystad, a 12-by-6-meter H2arvester equipped with 48 solar panels crawls across four crops. The main focus here is research into the impact of the system on crops.

At Dogterom, three mobile solar vehicles drive across a sugar beet field at the speed of ten meters per hour. The systems are linked up to the grid connection that the company already has. Vroom is unable to say anything about the results yet; the prototypes first need to operate for a full season.

In addition to enabling farmers to harvest hydrogen with H2arvester, the solar cars also improve biodiversity. Where the mobile solar vehicles cover a crop, the amount of evaporation from both the crop and the subsoil is reduced. Consequently, plants retain more water. Moreover, the systems are also able to drive over ditches, surfaces that have so far only cost farmers money for maintenance.

Vroom hopes that by next year there will be H2arvesters driving around on two agricultural farms. One of those farms is in North Groningen. “An electrolyser is already available there. So, one part of the chain is already in place. We can link our solar vehicles to that. This also makes the investment – and the risk – for the entrepreneur less substantial.”

Funding is also straight away the greatest challenge. From a technical point of view, what H2arvester does is not rocket science. Everything is already in place: solar panels, batteries to store electricity, electrolyzers. “It’s up to us to build a closed chain from all those separate parts that is geared towards the agricultural sector.”

But, the purchase of an H2arvester involves the purchase of an electrolyser and storage facilities. Purchasing that complete chain cannot be done without subsidies from the government. “Farmers who insist on having a role in becoming more sustainable need support. Hydrogen production is not yet cost-effective for agricultural businesses. We are awaiting recognition from The Hague. This will also exude confidence to other investors.”

Farmers who insist on having a role in becoming more sustainable need support. Hydrogen production is not yet cost-effective for agricultural businesses.”

De Waterstofboeren (The Hydrogen Farmers’) Foundation (also on behalf of H2arvester) presented a letter of support for small-scale hydrogen production on farms to the Dutch Minister of Agriculture, Nature and Food Quality Henk Staghouwer. Vroom: “He responded very positively, now is the right time. Staghouwer is going to confer with Rob Jetten to set up a number of pilot projects.”

Agricultural sector and hydrogen: a promising yet uncertain…
Hydrogen: Industry wants it, but government needs to act…
Heating your home with hydrogen is not a foregone conclusion
The Netherlands is an export land for electrolyzers - 'But…
What if we don't want hydrogen?
Instant plug-in solar panels as a solution to high energy…