It all looks so simple in science fiction films. You get into a rocket-like contraption, strap yourself in and take off. Reality is more unpredictable. At last month’s GoFly international competition for single-person flight systems held in San Francisco, no single team competing was able to pocket the US $1 million grand prize. The prototypes either didn’t get off the ground or barely got off the ground. This is why the GoFly competition will be reset.

Teams from all over the world worked for quite some time on prototypes for personal flight for this competition. These are flying machines that should enable us to personally fly from location to location in the future. The goal of the competition was to make a forty minute flight and land the aircraft safely.

Saskia Peters is project manager at rFlight and Holland Innovative. In 2015 she took part in the Elon Musk competition where teams were challenged to design a functioning prototype for the hyperloop pod. The team members with whom she worked had found each other through Reddit and eventually formed rLoop. This is an international partnership that now includes 1300 technicians from more than sixty countries. “New technologies are being developed at rLoop, including the prototype for the GoFly competition. Team members can choose to contribute to ongoing projects based on their personal passion and expertise,” Peters says.

Boeing launched the GoFly competition in 2017 in order to explore the potential of personal flight. Peters: “This was done in three stages: presenting a concept, working out a detailed design and participating in the final flight competition in San Francisco. There, the teams had to fly their manned prototypes for forty minutes, with a landing halfway through the flight. The machines had to meet a range of technical requirements and suit someone with a regular driving licence. Unfortunately this did not work out because the teams are not quite there yet where engineering and safety is concerned.” 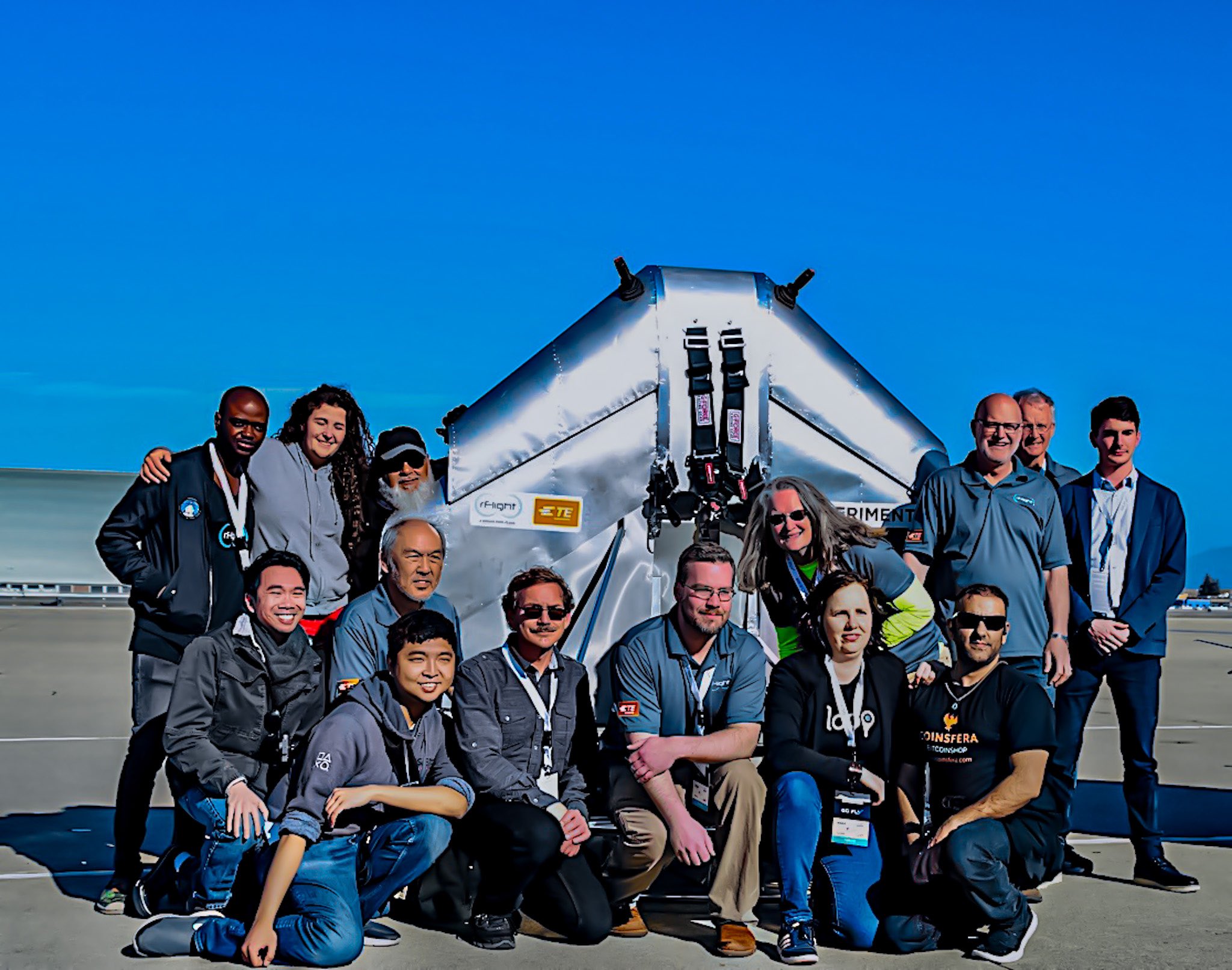 The various prototypes all look very impressive. However, you may wonder which of the test pilots will find the courage to fly these flying machines of the future for the first time. One team did dare to make a manned flight at GoFly. The machine failed due to a technical defect and the pilot fell to the ground from a height of one and a half meters. “Luckily, she didn’t get hurt. Another prototype tried to take off without a pilot. But the wind proved to be too strong even at a height of a few centimeters. They’re all a bit too fragile. The teams all still have a long way to go before someone is able to win that prize,” Peters added.

Although actual flight has not quite got off the ground as yet, GoFly is a successful initiative which provides a major boost to innovation, according to Peters. “The teams have learned a lot from each other through this competition, and a kind of fellowship has sprung up amongst the participants. That has inspired me enormously. You can give innovation a boost by challenging a group of people to try something.”

“In 1995, NASA organized a very similar competition. The goal was to develop a spacecraft capable of making multiple flights from Earth to the stratosphere. In fact, that competition launched private space travel, an industry now worth more than two trillion US dollars.”

Peters spends most of her time working for Holland Innovative (HI). This is an academy for project managers and engineers. HI also helps companies by outsourcing people. Peters: “I work one day a week on rLoop and rFlight. Holland Innovative supports us in these projects. That’s nice, because you get critical questions right away. Engineers are stubborn. They are convinced that it’s all going to be all right. In the past, this has sometimes caused problems during the development of rFlight. HI can help us improve quality control processes so that people who work together on a remote basis are capable of producing a reliable end product. There is a cross-fertilization between HI and rLoop. That comes from both sides.” 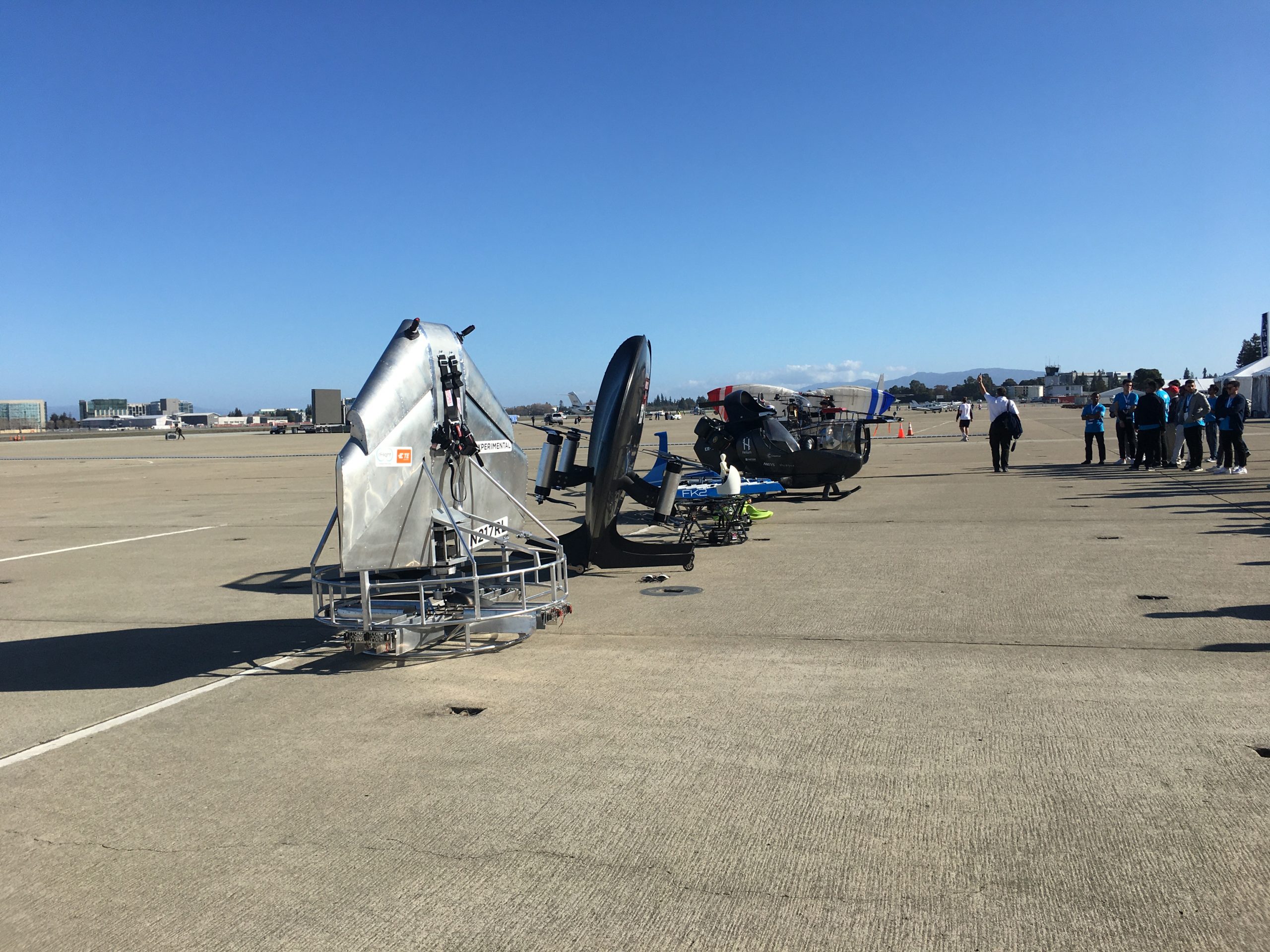 Investing in times of corona

At present, raising funding is the greatest challenge for all participating teams: “There are some investors whose eyes start to twinkle when we present our concept. But in general it is a real challenge to bump into a sponsor who says ‘here’s a bag of money, go play with it’. The corona crisis has made this quest even more difficult.”

As for the one million dollar prize, Peters replies that it’s not so much about the dollars but about successfully bringing new technologies to the market. “How cool would it be if this were successful?! I absolutely believe in a future with self-flying devices. Though a lot needs to happen first. Creating a suitable infrastructure, for one thing. So that people don’t crash into each other when 10% of the population starts using personal flight machines.”

Up, up and away next summer

The organizers of GoFly are now analyzing what went well and what didn’t go so well during the competition. All teams have to give an indication of the amount of time they think they need to prepare their prototype for the next edition of the event. Saskia Peters: “It will probably be held next summer. Our goal is to be there. Until then, we have our hands full with testing, designing simulations and building our prototype. Hopefully the project won’t grind to a halt due to investors backing out because of the corona pandemic.”

'Universities should build a Silicon Valley around…
The Brainport way of Systems Engineering
'The best scientists also have start-ups'
It's almost here: the first flying car from the Netherlands!
The innovative power of a 75-year-old techie with assertive…
This is how the Netherlands gets the Boston vibe