Flanders may have been a little late in starting to provide more intensive support for start-ups, but all kinds of things are happening now. According to Flemish investors, the subsidy system is very well equipped and there is a rich diversity of start-up companies. We talked about this with Sven De Cleyn (Imec.istart), Dirk Dewitte (CEO MicroStart) and Cédric Van Nevel and Sofie Baeten of QBic.

Belgium’s imec.istart, Europe’s most impactful business accelerator, is currently mentoring 260 start-ups. ” Over the course of ten years, we have evolved into a very rich ecosystem,” says Program Director Sven De Cleyn. “The last decades have seen an awful lot of start-ups. The quantity, the quality as well as the underlying technologies and ideas of our start-ups have advanced in recent years.”

“I see more trends towards hardware products again. Whereas the focus over the past ten to fifteen years was often solely on software, we have also seen more hardware start-ups emerging over the past two to three years. Although there are still a great deal of software start-ups. Our start-ups score well abroad. As Flemish people, we could certainly do more to highlight this fact internationally. The start-up landscape is fragmented. Better coordination and joining forces strike me as way to bring in added value.”

Conversely, according to De Cleyn, the subsidy system in Flanders is very well coordinated. “There are a number of preconditions that are properly regulated in Belgium as far as the subsidy and support ecosystem is concerned, with such strong parties as the Flemish Agency for Innovation and Enterprise (VLAIO). That is very well organized, if you compare it to other countries. There are also tax incentives that make it attractive to do business in Belgium. Through the tax shelter, it is possible to attract fiscally-friendly investments.” Currently, the imec.istart acceleration program is also being rolled out in the Netherlands. A number of start-ups have already signed up.

MicroStart is a company that extends microloans of 500 to 25,000 euros to start-ups and self-employed people who, for various reasons, are unable to obtain credit from the banks, and in this way, are able to create a job for themselves. Through their business activities, these self-employed people also create an average of 0.6 additional jobs in the first 2 years of their established business. The organization already provided work for 9,000 people who would otherwise have had no work. After an average of two years, seventy percent of their start-ups are still in business. CEO Dirk Dewitte believes that ‘less sexy’ projects should also receive subsidies.

“We must not lose sight of some sectors, such as small neighborhood stores, among others. Or artisanal companies that are giving old furniture a new use, for example. We also try to support less hip projects.”

“Larger companies that are set up and employ quite a lot of people after a few years then often move away from Belgium, which has a negative impact on our economy. The start-ups and self-employed people that we help, however, remain in our country and continue to deliver. This has a positive impact on the Belgian economy. This is sometimes lost sight of. Belgium is a country of small and medium-sized enterprises.” 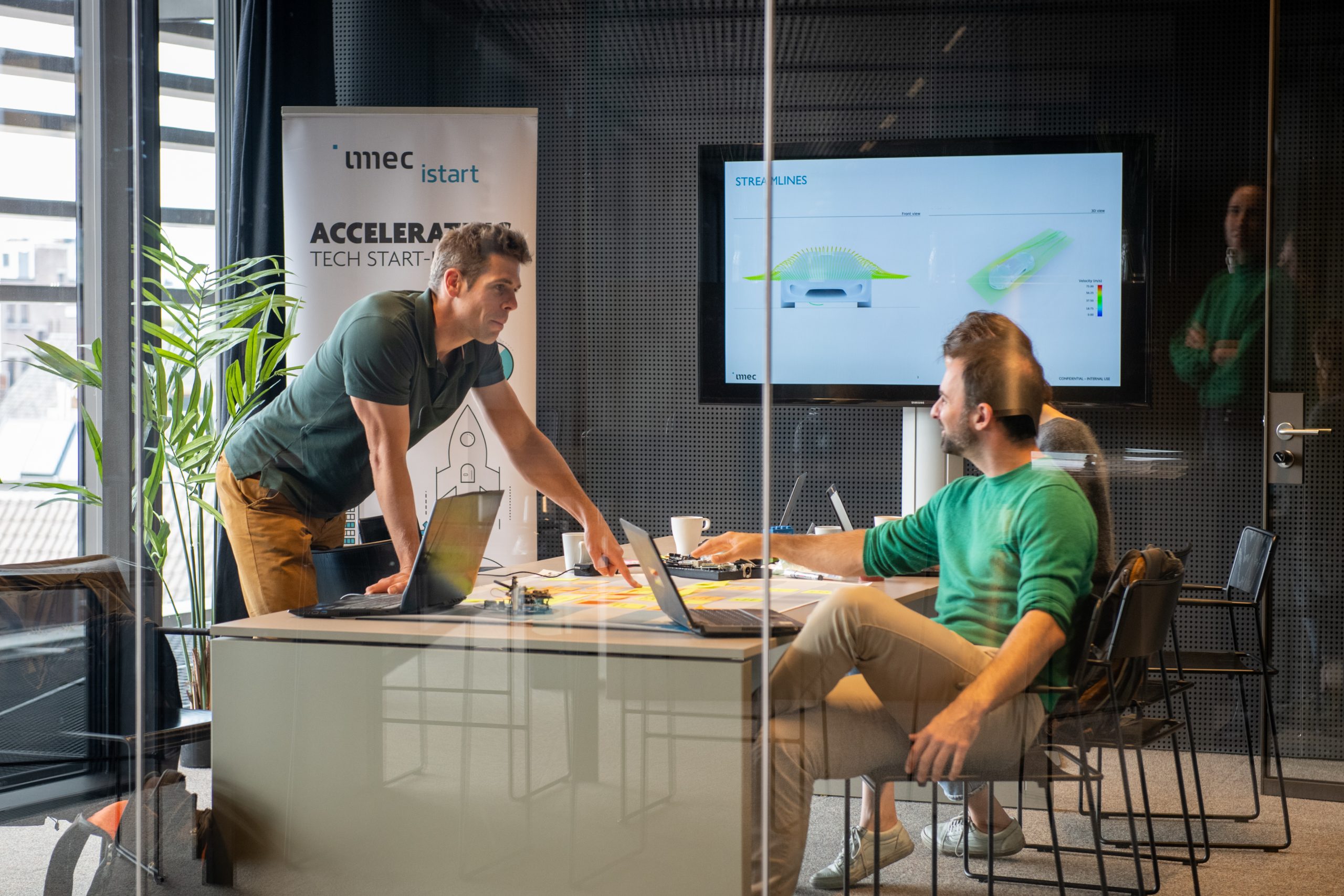 imec.istart, leading accelerator program for tech start-ups is coming to the Netherlands – Innovation Origins
Dutch tech start-ups take note: Europe’s number one business accelerator imec.istart is going international. In collaboration with Twente-based Novel-T and several powerful fund and program partners, a fully-fledged program is being set up for the Dutch start-up ecosystem: imec.istart.nl.

Qbic is an independent venture capital fund, which operates independently of the universities. Previously, each university had a separate fund. About ten years ago the decision was made to pool those funds. Qbic invests exclusively in spin-offs and young companies in an early stage with a strong link to knowledge universities. Qbic has a long preparatory trajectory in mentoring the teams. “We see more investments made in the early stages,” says CEO Sofie Baeten.

“The life-science ecosystem for bio-companies in Flanders is well established now. We see that the ecosystem is being expanded further. There is also more investment in hardware.”

Likewise, Cédric Van Nevel, partner at Qbic, notes that the number of projects is increasing and that good plans are still readily finding their way into the hands of investors.

“The projects are bringing in venture capital over a longer period of time. A dynamic is also being built up within the universities to urge people to make these kinds of considerations. This can only benefit the whole ecosystem. There’s a very active mindset that entrepreneurship is taken seriously and being worked on.”

Belgium aims to become international railway hub for…
Of course Belgians ride bikes, but bike paths need to be…
Belgium is becoming more sustainable by building with green…
Plant filtration system as an alternative solution to…
Corona in Europe - The unexpected return...
Flemish universities to research potential of personal data…