Germany is split on the subject of electromobility. On the one hand, “green scientists” are in a hurry to make the transition from combustion to electric motors. This is the only way to become CO2 neutral and the only way for the automotive industry to survive. On the other hand, there is the car lobby that puts on the brakes, supported by “grey scientists” who think the German energy transition is too expensive and nonsensical as long as the rest of the world doesn’t participate.

Volker Quaschning, professor of sustainable energy systems at the University of Technology and Economics (HTW) in Berlin, is clearly in the first group. German politics and the conservative car lobby were, according to him, resting on their laurels for a long time. When the car lobby warned about mass redundancies and immature battery technology, that was reason enough for the government in Berlin to put the brakes on e-mobility.

“That’s why Germany is now so far behind countries like the U.S. (Tesla), China and Japan. But fortunately this passivity is now slowly coming to an end,” says Quaschning in an interview with Innovation Origins.

With more generous premiums for the purchase of electric cars, a higher CO2 tax and a large investment in the national charging infrastructure, Berlin is now taking steps in the right direction. “But it’s still not enough,” warns Quaschning. “Much more needs to be done, otherwise we will never achieve the goal of CO2 neutrality in 2040.”

Quaschning can be described as a technology optimist. He finds reports of mass redundancies in the automotive industry – there is talk of 410,000 jobs in 2030 – exaggerated because more jobs will also be created. “Besides, there is no point in sitting in a corner crying. Electric cars are the future, diesel and gas-powered cars are not. The longer that is not accepted, the more jobs will be lost.”

There are also Germans who think completely differently. Traditional car clubs such as the ADAC and the VDA trade association are skeptical about a rapid transition to electric cars. And they too find support in science. One of the most prominent critics of subsidizing the e-sector is the former president of the Munich-based Economic Ifo Institute, Hans-Werner Sinn. Together with the physicist Christoph Büchal of the Jülich research center, he studied the subject last year and came to this conclusion: “What the EU is doing with its strict CO2 requirements for cars is a major electrical scam.”

Sinn does not deny that the climate is changing, but he is skeptical about what he sees as far too ambitious and costly CO2 targets set by the EU and Germany (which has set itself even more stringent targets). The German target for 2020 (-40% compared to 1990) will probably not be met. By 2030 it should be 55%. But how? “That is impossible at a reasonable price, especially if you consider that the low hanging fruit has already been picked,” he said at a Christmas lecture in Munich in December.

With the closure of the dirty East German factories in the nineties, a big jump was made in CO2 reduction. After that, windmills were erected where there was a lot of wind and solar panels in places with lots of sunlight. “It is becoming increasingly difficult to find good locations where the green power capacity can be further expanded, not to mention the fierce protests against more pylons in rural areas.”

In addition, the last German nuclear power stations will be closed in a few years’ time. They now account for around 10% of the power supply and are CO2 neutral. If they are removed, it will be even more difficult to achieve these targets. After all, the nuclear power plants have to be compensated for, and as it looks now, this will happen with power plants that run on coal, gas or oil. 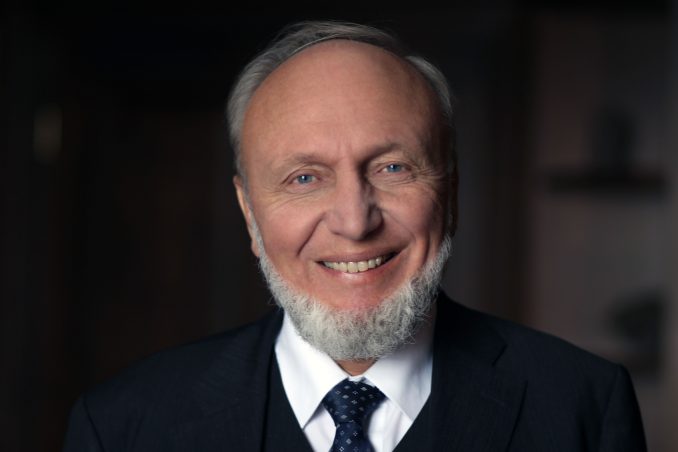 That brings Sinn to his main criticism of the rapid transition to electric cars. What is the point of driving electrically if most of the electricity for those cars comes from coal-fired power stations?

Sinn points to several studies that show that an electric car carries a “CO2 backpack” that is much larger than a diesel when it is purchased. This is due to the polluting production of batteries in China, which releases much more CO2 than the production of a diesel engine in Germany. According to a study by Joanneum Research (sponsored by the ADAC), an electric car only has a better CO2 balance than a diesel after 219,000 kilometers.

Sinn admits that the Joanneum study is based on the current state of technology. A Swedish study recently came up with a much better result for electric cars because it assumes that battery production will eventually become CO2 neutral. But that is exactly where Sinn says the roads separate. “The electro enthusiasts assume rapid technological progress in battery production, battery life and the proportion of green electricity. I see that progress too, but not so fast.”

Quaschning – and with him many other physicists – find Sinn and the studies he cites far too pessimistic. According to them, Sinn and those who agree with him make use of outdated figures when the share of green electricity was still much lower than the 40%+ of today in Germany. The same applies to CO2 emissions from battery production.

Moreover, Sinn is selective in choosing which studies he uses to evaluate electric cars. For example, a study carried out by the Transport Research Institute for Energy and the Environment (Ifeu) in collaboration with Agora Energiewende shows that an electric car is already 16% more climate-friendly than a diesel after only 150,000 kilometers .

Finally, Quaschning does not find the question of whether and when an internal combustion engine is more climate-friendly than an electric car very interesting. “The fact is that an electric car can be CO2-neutral within 10 to 20 years, provided the share of green electricity increases. In the case of internal combustion engines, that is out of the question. We also know that the objective is to be CO2 neutral by 2040. Since that will not happen overnight, we need to start increasing the size of the electric fleet now.”

Politics aside, the car industry wants to see money

According to Quaschning, Sinn’s opinion was shared by car manufacturers for a long time, which in itself is not so crazy. “Building an electric car is quite different from building an internal combustion engine vehicle. But still they have to make the shift, otherwise they will go under.”

Fortunately, a few car manufacturers are starting to see that now. “Volkswagen is leading the way, partly forced by the diesel scandal and the fact that China (a very important sales market) has very ambitious targets for electromobility. With the other car companies, I am not so sure that they have understood the urgency. The same goes for lobbying organizations such as the VDA and ADAC. They are very conservative in that respect.”

Politics has long been influenced by that conservative camp, says Quaschning, but is now finally starting to change course “with the emphasis on starting, because it has to get better, otherwise we will never achieve CO2 neutrality in industry and traffic.” The VDA also sees the change in politics, of course. This week, board member Stefan Wolf said in an interview with Deutschlandfunk that the automotive industry urgently needs help. “We are talking about an amount of ten to twenty billion.” If that doesn’t happen, many jobs will be lost.

Germany number one in electric cars for the first time

Discussions about the pros and cons of electric cars will in any case not have a negative impact on sales. The electric car seems to have made a definitive breakthrough in Germany in 2019. According to the “West European Electric Car Market Intelligence Monthly Report,” Germany took over from Norway last year as the largest buyer of electric cars. At the end of November, the counter stood at 57,804 electric cars and 39,508 plug-in hybrids sold. Norway came in second with 56,922. The Netherlands ranked fifth with 39,157 electric cars.

Given the size of Germany, it is likely that this European lead will not be given up for the time being. The Boston Consulting Group presented a report this week in which it predicts that sales of electric cars will continue to grow steadily worldwide. In the year 2030, for the first time, more electric cars will be sold than those with an internal combustion engine.

Brave New World: the end of the combustion engine in Europe
"Let them eat cake!" Eco-fighters on social media
China, the chip crisis and the future of European OEMs
Down with the e-mobility-Taliban: it’s time for disarmament…
Electric Auke: 'We should actually listen to economists…
Will German OEMS make the leap into the 21st century?