In the midst of Intel’s stand on the Mobile World Congress in Barcelona, there is a well-known object – if you are from Eindhoven, that is. It is the CityBeacon and according to Intel, it’s “one of the most fascinating IoT projects underway in Europe” and Eindhoven has the scoop. “The city is currently in the midst of rolling out intelligent and connected CityBeacon kiosks”, tech specialist Khidr Suleman reports on the Intel-blog.

Launched in October 2016, the project was the culmination of a three year collaboration between multiple partners including CityBeacon, Eurofiber, Intel, Brocade/Ruckus and the city of Eindhoven.

Intel is showing its pride: “Running the Windows 10 IoT operating system, CityBeacons are powered by the latest 6th Generation Intel Core i5 Processors and Intel SSDs. These 21st Century kiosks crunch data for analytics purposes through the Microsoft Azure cloud platform and provide a valuable demonstration of how connected technology can help make cities easier to navigate and connect for locals and tourists alike.”

There are four specific functions CityBeacons look to fulfill:

CityBeacons will be an information repository for both tourists and citizens. Situated around Eindhoven, the digital kiosks feature two 55-inch HD displays as well as a 32-inch touchscreen which contains all the details about nearby points of interest and entertainment. Users can also view city maps, real-time transport schedules, weather reports as well as local news, events, housing and even job listings.

CityBeacons will include free to use Gigabit+ WiFi. This is particularly useful for tourists as they can connect to the internet in a secured manner and make use of the integrated camera and microphones to make VoIP calls without incurring costly roaming charges. Other wireless technology integrated into CityBeacons includes 4G, NFC and RFID, which can be used to pay for local services such as parking, events or e-commerce linked to local businesses.

Another feature of CityBeacons is the ability to help authorities maintain public safety. Integrated cameras can monitor the environment and microphones allow the public to communicate with emergency services. The 55-inch display combined with the CityAura smart toplight and sensors can be used to broadcast public service announcements either to individual beacons or city-wide, depending on the situation. Additionally, air quality, UV-level and audience analytics sensors can collect the data local authorities need to make smarter decisions.

There are multiple revenue generation opportunities associated with the CityBeacon, explained Dion Ubert, Strategic Business Development Manager for Intel: “Initially, the kiosks are leased to the Eindhoven government for a period of 10 years. Network operators can also have their small cells integrated into the kiosks benefitting footprint, co-location space and offloading onto fiber. Finally, there is the ability to use the digital screens for advertising and information purposes like city marketing.”

Expectations are high, said Ubert. “Many cities around the world want to make the transition into a smart city. They want to offer citizens easy-to-use solutions that can be managed via one platform and this is where CityBeacon excels. The next step is to scale so that the platform is deployed around the world. We are in discussions with major cities in Belgium, Spain, France, Germany, UK, Nordics and even outside Europe.” 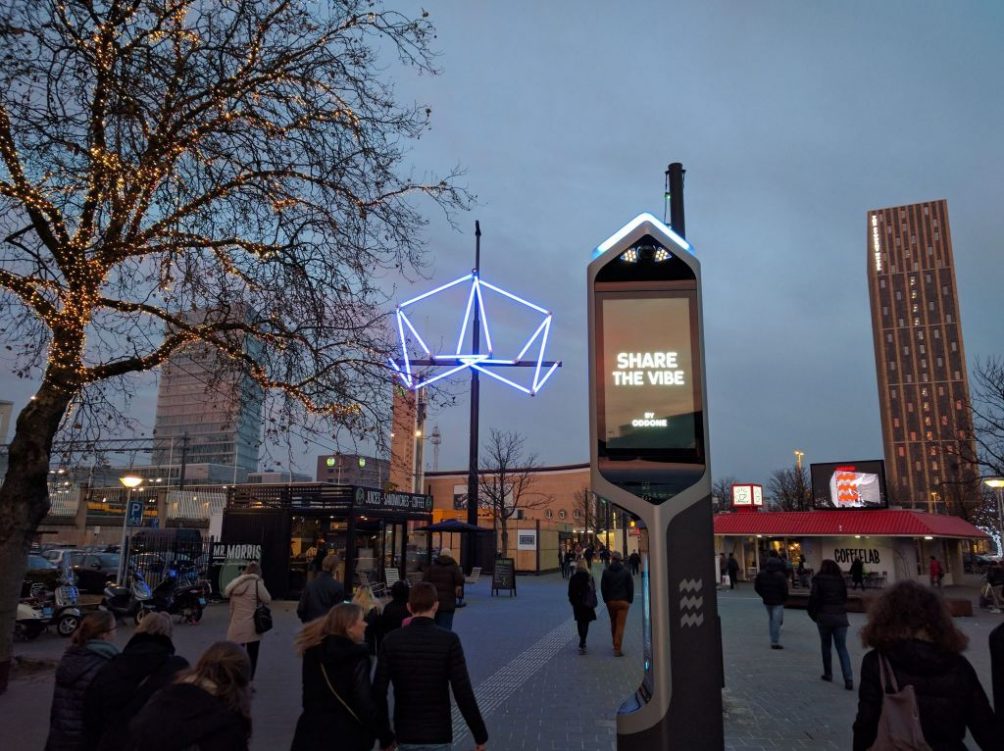 Dortmund: where innovation drives community spirit
AI is everywhere, but does it impact art?
What is the ‘box’ when it comes to thinking 'outside the…
Priorities in High-Tech and Semicon: a Dutch regional…
Academic heart, commercial head
Student team invents smart bra that can replace painful…