Additive Industries is moving from Strijp-S to Strijp-T, where the company will have seven times as much space at its disposal. In the meantime, the Eindhoven-based specialist in machines for 3D metal printing is expanding considerably in other parts of the world. Silicon Valley, Singapore, how logical can a headquarters in Eindhoven still be?

“Very logical”, says CEO and co-founder Daan Kersten. “We are very strong here, because of the strength of this region in high-tech equipment, because of the high tech systems cluster. That determines what we can do – not only now but also in the future.” A future which Additive Industries itself is helping to build, says Kersten. “That is not something that just occurs out of nothing, it doesn’t happen outside of us. It’s something we and the other machine builders and suppliers in this region are working on every day.”

Both local and international processes have an influence on this. “It is clear that we as a region must remain interesting enough to attract and retain sufficient talent. But it is also about connecting our region with complementary areas elsewhere in the world. Silicon Valley, for example, because of its software competencies. But certainly also Asia – it is for a reason that we will be starting our own office in Singapore this year.” Each region has its own rules of play, Kersten says. “In the US, it is almost like here: we speak directly with the companies involved in our sector. But in China, a country with major government interference, the rules of the game are different: in order to be able to build a good bridge to that country, we need our own governments to conduct the conversation together with us.”

Additive Industries still has good growth and the move to Strijp-T is therefore coming at the right time. “We have just hired another ten new people in Eindhoven, bringing the total to almost sixty. We’re growing fast. It’s great that we can now offer our people at Strijp-T a good place to work. But the relocation was also necessary for the construction of our new products – our machines are getting bigger and bigger as well.” 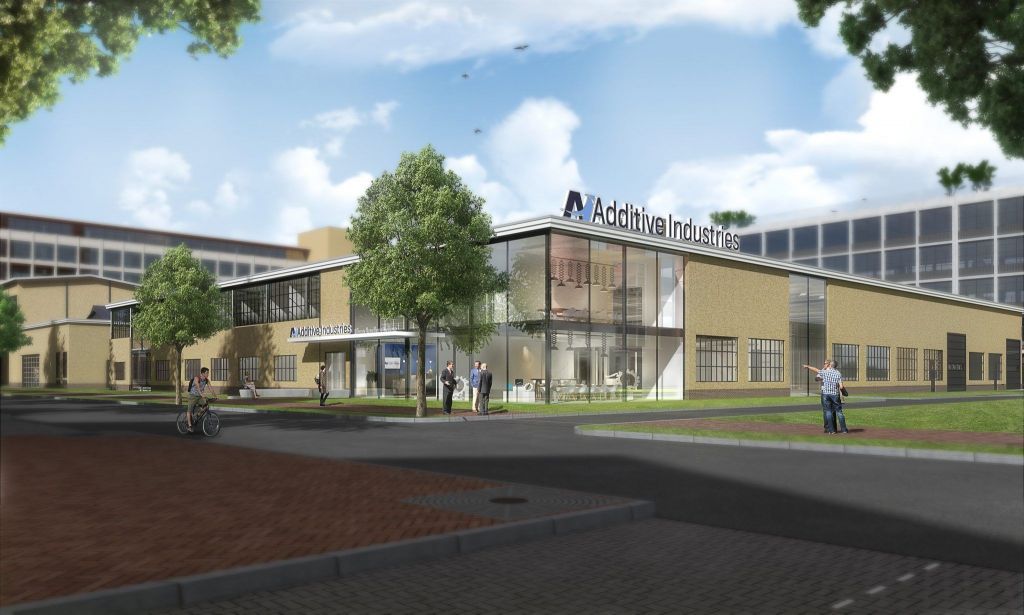 Impulse printing has the potential to change microelectronic…
PhotonFirst successfully closes €11 million Series A funding…
A cure for polarization?
Innovating or improving sustainability as a small business?…
Germany urgently needs to modernize in order to stay…
Academic heart, commercial head