The Eindhoven economy grew by 4.6 percent in 2017. As in 2016, growth was the strongest of the five largest cities in the Netherlands. The Dutch economy grew by an average of 2.9 percent in 2017. Eindhoven’s economic growth was mainly due to the growing industry in this municipality. The Brainport region as a whole grew by 4.9 percent. The province of North Brabant also experienced above-average growth of 3.7 percent. This is shown by figures from CBS and Urban Data Center Eindhoven.

Read as well: 2018 will also be an economically prosperous year, says ING.

Rotterdam also has a relatively large amount of industry in its economy. But because the type of industry in Rotterdam is different from Eindhoven, the growth was less strong. With an economic growth of 3.3 percent, Rotterdam was still above the Dutch average. Utrecht and The Hague are both less dependent on industry for their economies. In Utrecht, growth was moderated slightly by a contraction in the financial institutions; at 3.2 percent, the city had slightly above-average growth. The moderate growth of the government led to the lowest economic growth of the five largest cities in The Hague (2.6 percent). 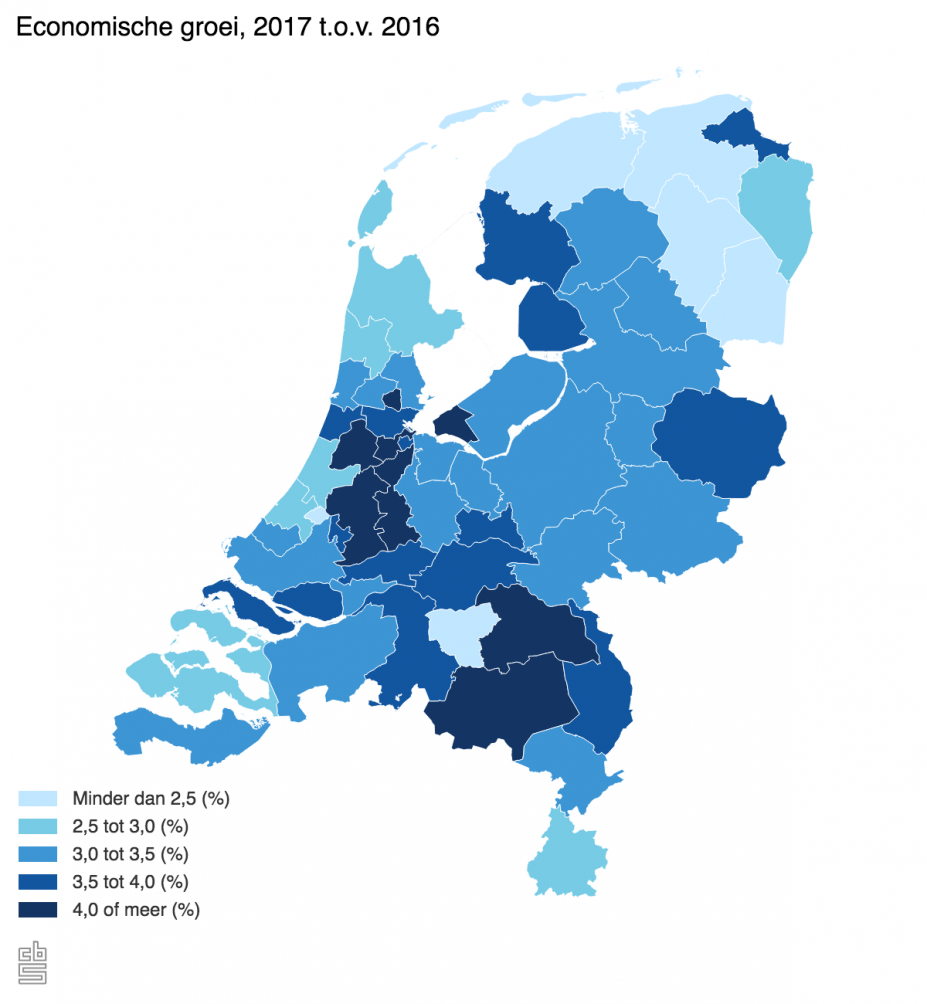