Startup Peazy also wants to perform its parking service in Eindhoven soon
For five months now, the Rockstart Artificial Intelligence accelerator has been operating from the Jheronimus Academy of Data Science (JADS) in Den Bosch. The first nine startups in the program have recently been able to present their progress during Demo Day. Although the programme for this group will run until mid-May, the municipality of Den Bosch is already benefiting from it. This includes the use of the service provided by one of the participants, Peazy.

The Peazy team is on a mission to predict availability and demand from city parking using AI. Their ‘revolution’, as they call it, started in Den Bosch, where the Rockstart programme is located: the city community has become the pilot client of the startup. Peazy plans to expand to the cities of Amsterdam, Eindhoven, and Rotterdam in the near future.

Den Bosch is happy with it. The municipality provides valuable data and insights into the parking dynamics of the city and receives new insights in return. “Every city is like a living organism, with specific characteristics, properties, and problems that need to be solved,” says Ron Bos, Traffic Planning manager in Den Bosch. “As a municipality, we believe that our city needs smart approaches in order to become a better place to live. That’s why we like to work with startups, which are the most important source of innovation in today’s economy. We aim to link the creativity and energy of the entrepreneurs coming from Rockstart to our own experience in order to achieve meaningful results in a faster and more efficient way.” 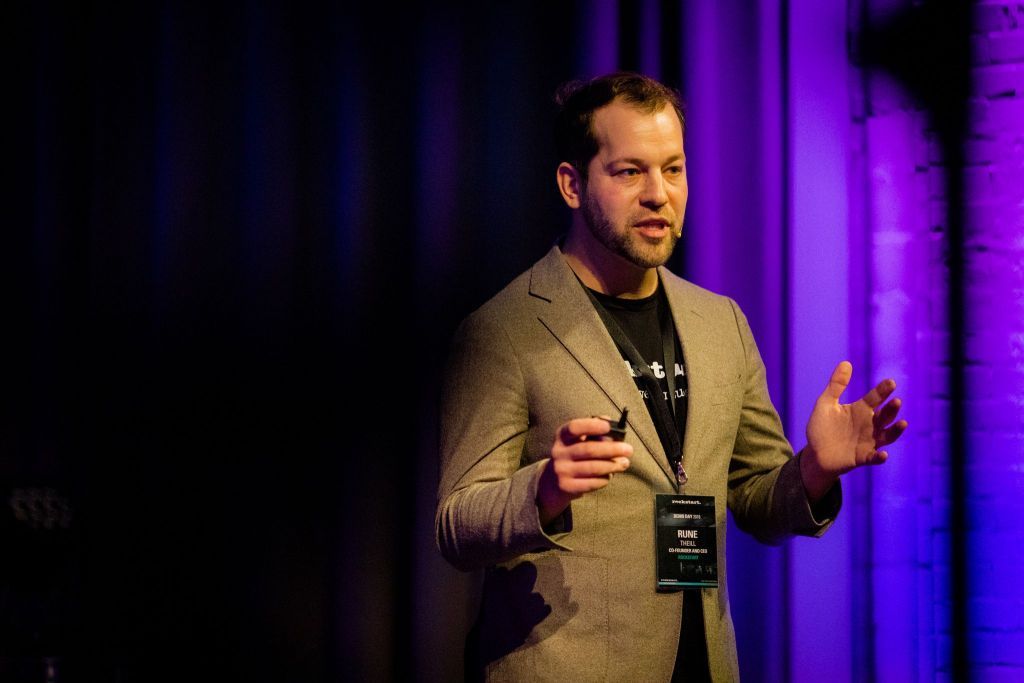 The other startups in the Rockstart AI accelerator also showed a lot of progress in about five months in Den Bosch, says Rune Theill, co-founder, and CEO of Rockstart. “Our approach to the purposeful broad program for teams applying artificial intelligence in different domains has certainly proved useful for the startups, as it created an ideal environment for them to experiment with their products and value propositions.”

At the beginning of the program, the startups received a cash injection of €20,000, with the promise that one of them would also be eligible for extra funding from one of the investors of the program. Meanwhile, additional financing of €200,000 has been provided to Aziobot, a startup from India that is working on autonomous cleaning robots for industrial and retail use.

In addition to the municipality of Den Bosch, Rockstart has various other partners: Exact, de Volksbank, VodafoneZiggo, JADS, BOM Capital, Noord-Brabant province, Kadans, NVIDIA, Atlassian, Wintertaling and Grant Thornton. “They all provided valuable input for the startups during the program and offered many forms of guidance and support in their respective industries”, says Theill.

Rockstart describes each of the participants:

AirSquire, a startup from Singapore that reinvents the way architects and construction companies check 3D models, has started its first pilot projects in the industry. Companies like VolkerWessels and Pelser Hartman have become the startup’s first customers. Recently AirSquire also was among the winners of the Synchro4D digital construction hackathon.

Aziobot, which has already received €200,000 in funding from one of Rockstart’s investors, is hard at work building the prototype of an autonomous cleaning robot for large retailers and managers of large spaces. During the Demo Day, the team showed a video demonstration of an early version of the machine.

After proving value inspecting the first wind turbines of Wien Energy (Austrian Energy Provider), Birds.ai closed a contract to inspect the company’s complete field of wind turbines this year. In advance of the Demo Day, a number of telecom enterprises contacted the team to open talks on inspecting their most valuable assets—mobile antenna systems. Birds.ai is now upgrading its platform for massive scale and ready for next steps.

Baarb, a “Netflix-like” recommender system for travelers to book hotels, has been able to land a few large pilot customers and is hard at work delivering value for them. It analyzes hundreds of millions of data points, structured and unstructured, some exclusive to Baarb, to deliver personalized results. In addition to that, the startup founder Barbara Parshall has been officially proclaimed one of the most badass female entrepreneurs in the Netherlands.

Cambridge Humanae, which combines psychological tests and AI to understand human reliability, is experimenting with its strategy and business model after receiving valuable insights from the Rockstart network. The startup is developing a SaaS monitoring platform, which would allow to increase accuracy of stress monitoring over time.

GeoSpark, which has developed an AI-based technology that allows location-based apps to consume a fraction of power it’d normally need, has launched its Developer Platform and API. Just in three weeks afterwards, it was incorporated by more than 300 applications serving about 70,000 monthly active users.

The team from South Africa, nFold, is building a platform for corporate and agency recruiters to match candidates and vacancies by leveraging each other’s networks and databases. In the first two months of existence nFold attracted almost 20 recruitment agencies to form a trusted network. The startup is about halfway at rising a €150,000 funding round from angel investors.

OPT/NET is working on a tool for telecom and service providers which helps prevent major incidents (outages) on the critical networks, and keeps their customers happy and protected from operational and cyber threats. The startup has recently launched its newest iteration (4.0) of the OPTOSS platform, which is currently being used in several pilots with the leading telecom providers in the Netherlands.

The team of Peazy is still on a mission to revolutionize city parking using AI to predict availability and demand. The revolution has begun from Den Bosch where the Rockstart program is located: the city municipality has become the startup’s pilot customer. Peazy is planning to expand to the cities of Amsterdam, Eindhoven, and Rotterdam soon. 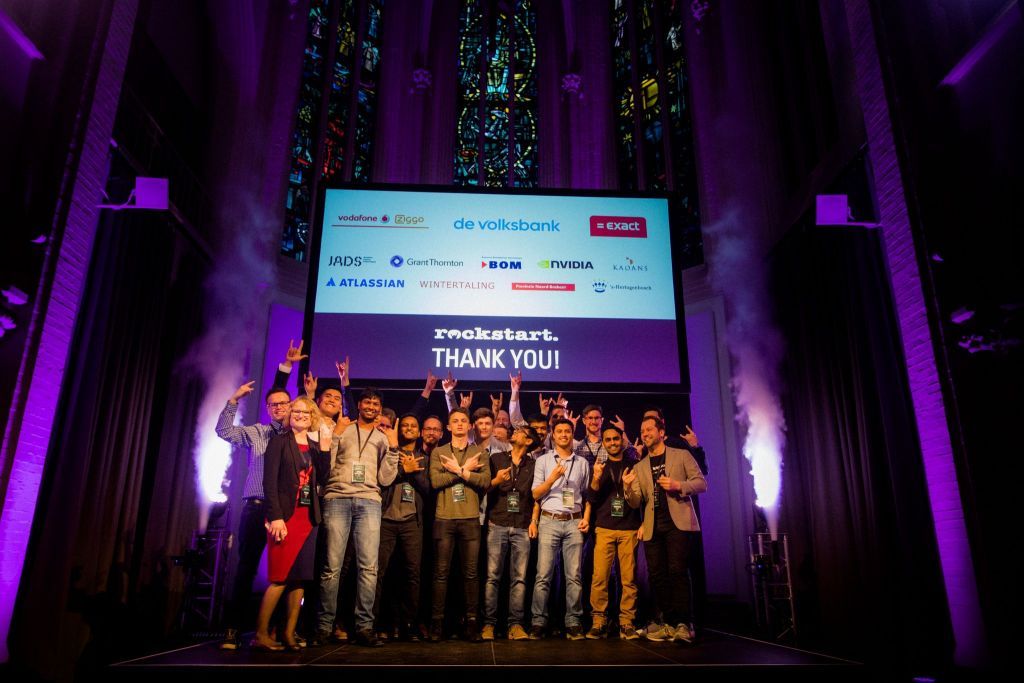