Eindhoven wants to become a smart society. But how does that work? What’s going on in a society like that? Are there any good examples to learn from? DataStudio Eindhoven explores the transition a city has to go through to actually become such a smart society. Each week, we present a new contribution on E52. This week: Frederique Marks on Crowdsourcing. Read all the articles here.

‘Try and make the route from 18 September Square to Strijp-S a lot more attractive.’ With this assignment, Frederique Marks sent the people of Eindhoven to the drawing board in 2016. She received some 200 ideas. Marks: “People like to be seen and heard.”

Marks put up her question when she was still a trainee at the municipality. At that time, she received an assignment from the HR department. They wanted to ‘do something with crowdsourcing’.

But what is that really, crowdsourcing? “With crowdsourcing, you want to take advantage of the crowd from the conviction that the collective has much more knowledge than an individual”, Marks explains. “Together we come closer to the right answer than when you think up ideas with just a few policymakers.”

Okay, the ideas of citizens as raw material. A nice plan, but just a beginning, Marks also knew. She devised a contest to test the idea. She founded the Pond of Ideas, “Ideeënvijver”. The Pond of Ideas was a platform where people could leave their ideas”, she says. “The design competition for a path from 18 September Square to Strijp-S was my way of applying it.”

The platform went online and was an instant success. The ideas flowed in. From an airlift to a special path for the famous two-wheeled Segways, many people from Eindhoven thought along enthusiastically. Ultimately, a student won the contest. He devised a pop-up Promenade, a green boulevard with changing pop-up boxes in which artists and other creative people can showcase their creations.

The promenade really came there, during the Dutch Design Week. After the DDW it disappeared again. Unfortunately, but understandably, Marks concludes. Because a municipality that is going to source crowds, that’s a bit different from a company with such plans. Marks cites chip maker Lays as an example: “They ask people to think of a new taste. The winning flavour is also really put on the market. Simple as that.”

A municipality has to take more things into account. “It remains taxpayers’ money that you spend”, Marks says. “Moreover, you must also apply for a budget for a project that you do not yet know the costs of.” These costs depend of course on the winning idea. That can be a very cheap, or a very expensive solution.

And then there are the already existing zoning plans. Or other long-term projects that could collide with the winning idea. The website is no longer online at the moment. Nevertheless, Marks hopes that in the future the municipality will start crowdsourcing again. “It is free publicity”, she says. “And people feel much more involved with the city. They notice that they have an entrance, that they are taken seriously. It reduces the distance between the municipality and its inhabitants.”

Moreover, crowdsourcing campaigns are the ultimate form of civic participation. They enhance the Smart Society and are a source of potentially innovative ideas. “Don’t underestimate your residents”, Marks concludes.

One of the entries for the Ideas pond: an air bridge between the city center and Strijp-S, a proposal by Tim Kouthoofd from Bygg Architecture and PlugIn City. 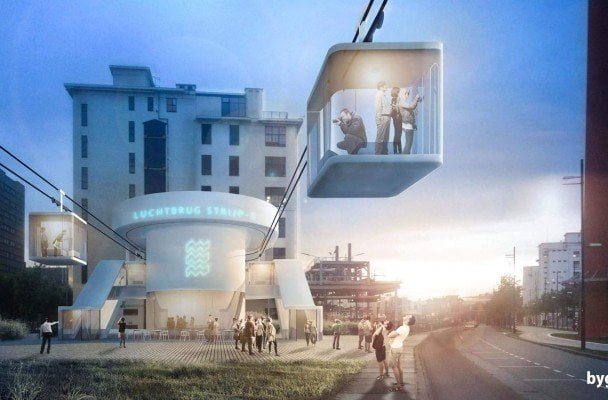 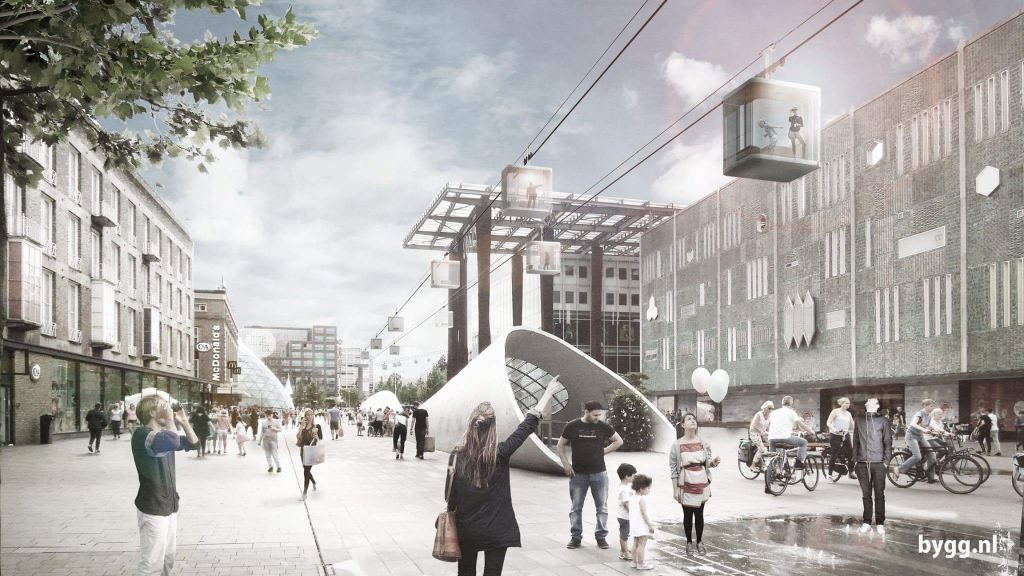