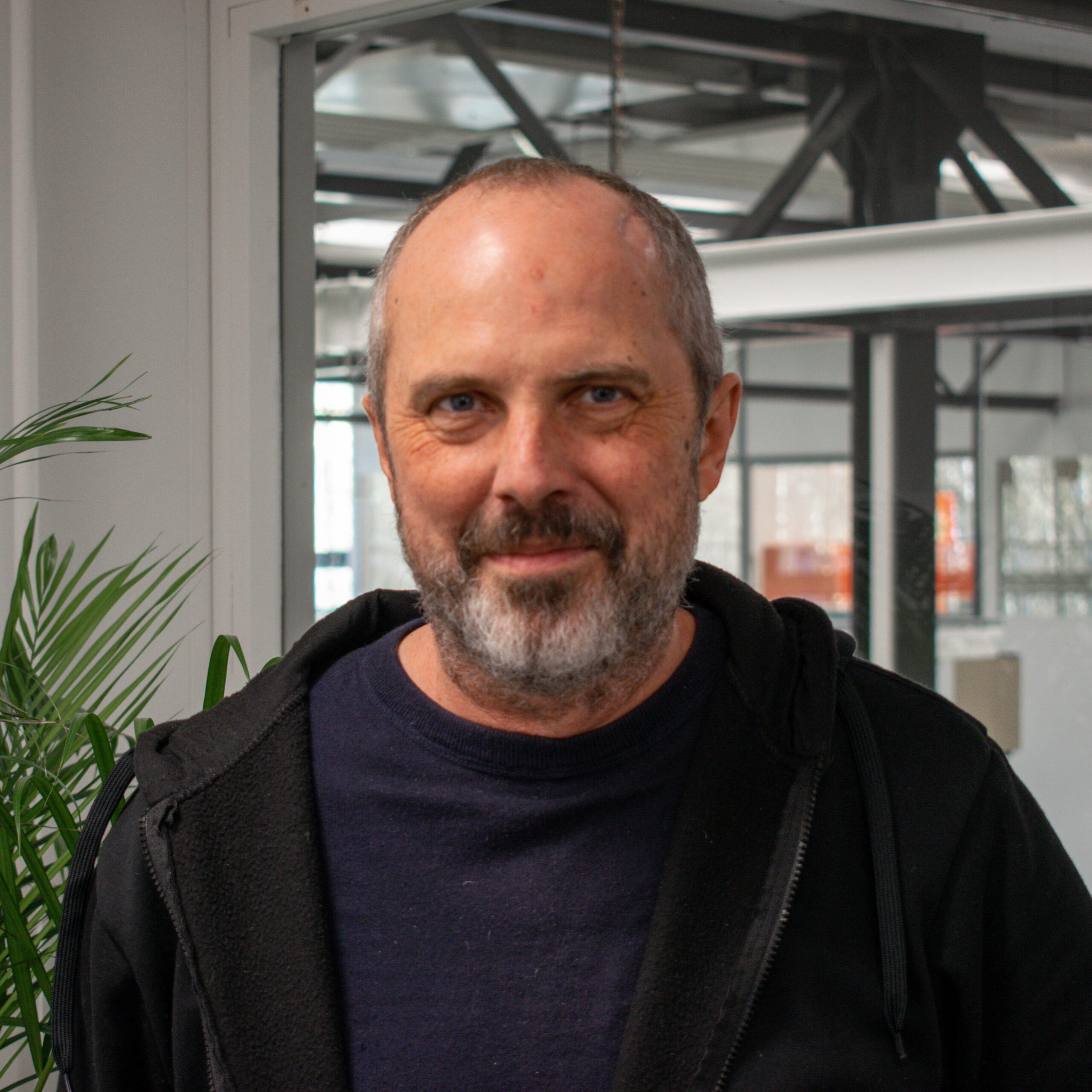 So, everyone back from their Christmas break? Then we can start our Start-up of the Month contest all over again! Each workday Innovation Origins selects a European Start-up of the Day and each week we choose a weekly winner. At the beginning of each new month, readers can decide who gets to be crowned Start-up of the Month. And later this year (drum roll) … … But that will take a while.

The December nominees come from The Netherlands, Spain and Great Britain. It’s up to you. We’ll also briefly reintroduce the companies to you underneath the poll. You have until Friday to vote!

Coolfinity – Refrigerators that won’t let you down 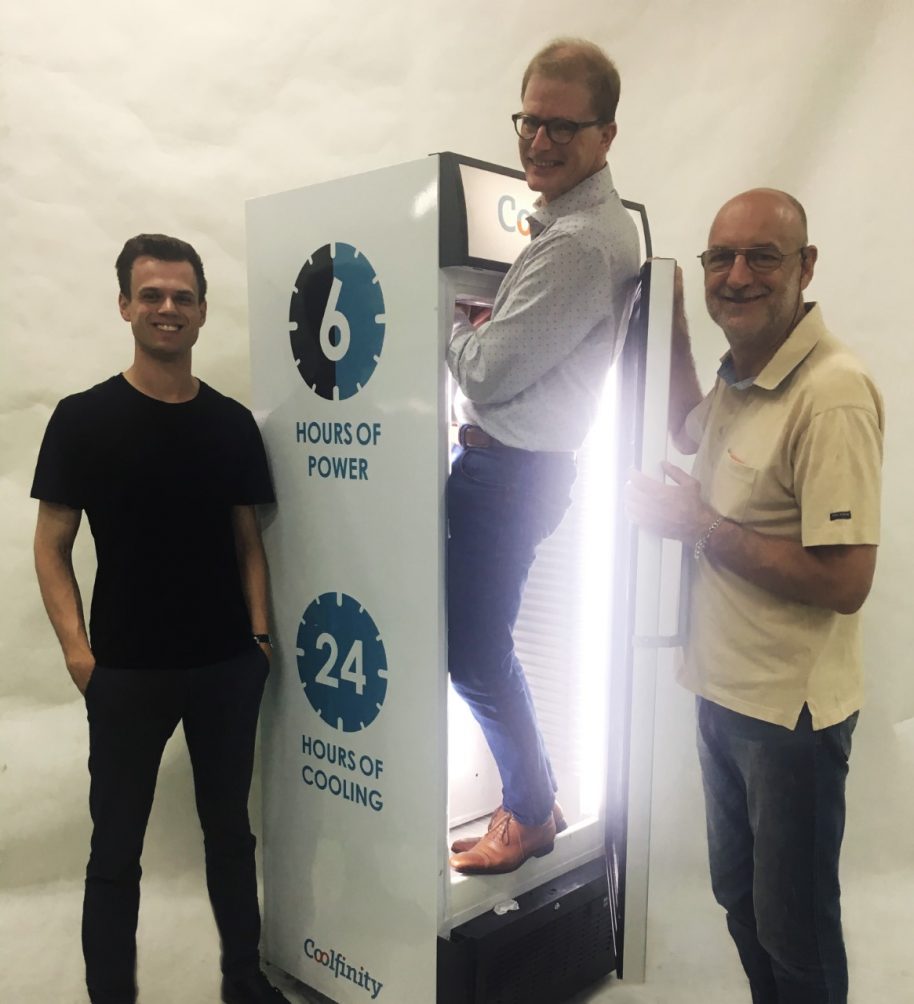 The refrigeration system from the start-up Coolfinity doesn’t need power 24 hours a day to do its work. Six hours is more than enough for this innovative refrigerator to keep things cool. If the power fails, the contents will still be good for another couple of days. And this has quite a few advantages. This innovative fridge not only stores beers, but also perishable food and medicines at a temperature of 5 degrees. Which is desperately needed. Unreliable refrigeration in developing countries is currently causing as much as 20 % of all food to be spoiled. So there is plenty to be gained here.

Refrigerators have been an indispensable part of the modern Western household for decades. The technology enabled us to preserve food for a very long time. And it opened the door to a more varied diet which made us a lot healthier. It’s hard to imagine that in 2019 this still isn’t a certainty in the world. Yet for billions of people this is still the case.

Natural Machines – Toss your leftovers into a 3D printer

A food processor where you add your ingredients and automatically mix them into a fine meal within the space of three minutes. That sounds like science fiction, but at Innovation Origins you often read about things that turn out not only to be science but non-fiction as well. The Spanish start-up Natural Machines came up with a new application for 3D printing technology within the home kitchen. Their Foodini food processor can turn any home into a miniature food factory.

The ultimate goal of this start-up is to produce fresh and healthy food in no time at all and to stop wasting food. CNN has already dubbed Lynette Kucsma a superhero. And at IO, we’ve also become enthusiastic about the Catalan entrepreneur’s vision. Which is why her company was named that week’s Start-up of the Week!

VividQ – Where are the holograms? 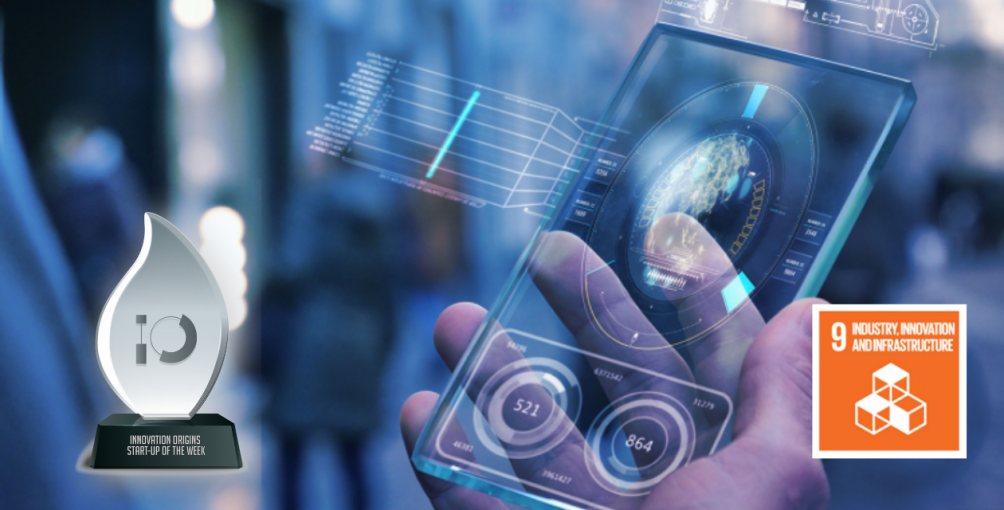 The British team behind VividQ developed software to bring holography to the living room without faltering hardware. Using a few micro projectors, holograms can pop up all over the place. And they can be controlled by any smartphone or computer. This means that you no longer need a bulky pair of Google Glasses or a very expensive beamer.

The potential of flexible hologram technology is endless. Think of meters on the road surface while driving, moving computer animations in your own living room – or handy virtual widgets on a real table top. Because of the drawbacks in both projector screens and wearables, this has so far been a thing of the future. In order for hologram technology to truly gain a foothold, a mindset change from VividQ may be necessary. Will they make a vivid, virtual world a possibility in our daily lives? Who knows?! 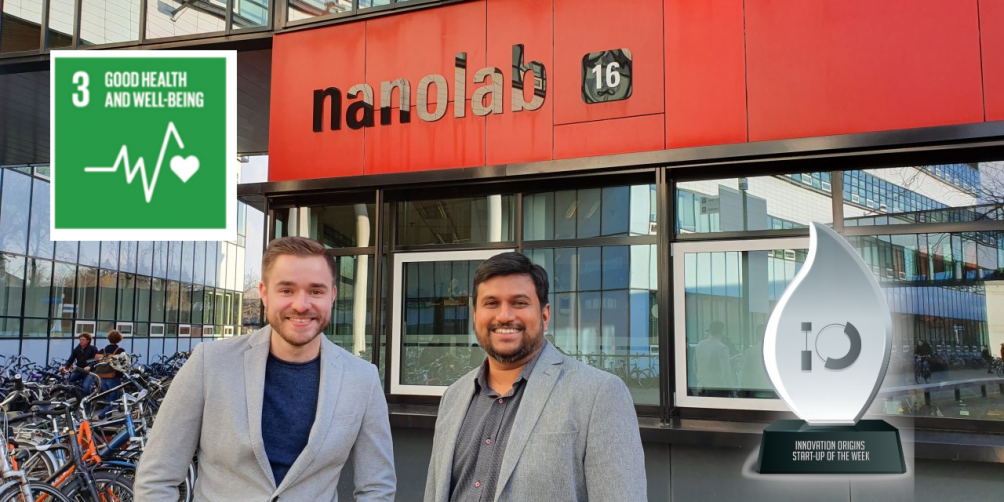 At present, tumors are being monitored using very expensive hospital scanning equipment. These CT and MRI scans would be a thing of the past for cancer patients if it’s up to the ECsens start-up. They came up with a tiny counterpart that is able to take over this work. And makes it at least five times less expensive.

Instead of lying under a wildly expensive and claustrophobic scanning unit, simply giving a little bit of blood is enough for this technique. There is no such thing as one ideal cancer treatment.  One particular kind of treatment is more effective for a specific patient than that of another. For instance, immunotherapy costs around €70,000 a year. Even though it only works for 20% of patients. A doctor can, however, use the results of the ECsens chip to see beforehand whether this expensive treatment will actually work for a patient.

Cancer devastates many lives, and adequate treatment is more essential than ever due to an ever-increasing ageing population. ECsens does not provide a cure for the disease, but they are nevertheless clearly taking a step in the right direction. The enormous cost savings, the preventive character and the potential to expand the technology in the future are all very compelling.

Corona in Europe - Why is the Netherlands in lockdown?
Zwamcijsje is the circular and vegetarian version of the…
The Space Week shows the social importance of space for…
Students compete to really make a difference with their…
Corona in Europe - Who will manage to get Omicron under…
Big ambitions for imec.istart.nl, after a year of the…
Manage Cookie Consent
We use cookies to optimize our website and our service. Help us to make our site better by accepting all cookies.
Manage options Manage services Manage vendors Read more about these purposes
View preferences
{title} {title} {title}