Butterflies react sensitively to changes in their environment and die out if this is not factored into business plans. The EU wants to change that Photo: Pixabay

Insects are extremely important for life on earth. They are the pollinators of flowers and are the main source of food for birds and many mammals. If a large part of it disappears, it has an enormous impact on nature and ultimately on humans. Study after study shows that certain insect species, such as different bees and butterflies, are becoming less common in Western Europe and North America. Research that was published last week shows once again that the number of insect species will decrease by 40 percent in the coming decades. Insect species become extinct eight times faster than mammals, birds and reptiles. The publication in the academic magazine Biological Conservation analyses 73 precious studies from different countries. The total annual decrease in the number of insects is about 2.5 percent. Butterflies, beetles and species of hymenoptera such as ants, bumble bees, wasps and bees are among the most endangered species.

The status of the butterfly says a lot about our world of tomorrow. Butterflies react fast and sensitively to changes in their habitat and are therefore very suitable as indicators for the monitoring of biodiversity. But research takes a long time which makes it extremely expensive. The university of Innsbruck has therefore involved volunteers in counting the butterflies for the first time. The fact that most of their work takes place in Tyrol isn’t that surprising, since that is where most butterfly species of Europe live.

The participation of volunteers enables a permanent and affordable study of the butterfly populations – and of the biodiversity, states the responsible ecologist Johannes Rüdisser of the University of Innsbruck. Moreover, significantly more data on the distribution and population development of butterflies can be collected than would be possible for only scientists.

In a global comparison, the combination of scientific monitoring and observations by laypeople is still new. This was made possible by scientific, methodological and organisational preparatory work of the Federal Ministry of Science, Research and Economy in the projects  Sparkling Science and Top Citizen Science Initiative.

A pleasant side effect of this Citizen Science approach is that it makes the public sensitive towards this topic. Volunteers and other interested parties can improve their knowledge through regular training and further education. An app of the Stiftung Blühendes Österreich was carried out by the chmetterlinge Österreichs, in which thousands of citizen researchers have started counting, says director Ronald Würflinger. In the first year, eighty five butterfly species and over 3500 butterflies were spotted.

As a result of the collaboration between University of Innsbruck, Tyrolean state museums, EURAC Institute for Alpine Environment in Bolzano (South Tyrol) and the Blooming Life Foundation, a solid foundation for the  Citizen Science Initiative was created. The first phase of the study takes place over the course of four years, in which hundreds of selected grasslands in the whole of Tyrol are investigated systematically by means of the “multiple butterfly method”. To capture long-term changes, the cycle is repeated after five years.

The goal of the research project is the establishment of a reference data set on the occurrence and development of butterfly populations in the Alpine region. Peter Huemer, curator of the natural science collections of the Tiroles Landesmuseen and co-initiator of the Dayfalter-Monitorings:

“In Tyrol we do not know all insect species and even less about the extent of the insect mortality. Butterflies are sensitive beauties and can give us clues for an initial long-term national study.”

Nature containing lots of diversity is a condition for human well-being and survival and it’s the basis for any sustainable development. The results of the research project have to make a significant contribution to the monitoring of the biodiversity in Tyrol. In addition, they can be used worldwide to monitor changes in land usage and climate change.

The natural and cultural landscape is subject to constant changes in its usage. In the past few decades, agricultural areas have generally intensified. On the other hand, unfavorable locations and areas that are difficult to maintain, such as mountain areas, have increasingly been abandoned. This trend continues and leads do a decrease in species-rich meadows and therefore also in biodiversity. The result is the death of butterflies. Not only rare butterfly species are affected, but the more common species are also increasingly affected.

Butterflies represent the biggest en ecologically most important group of insects. Their well-being tells us a lot about the state of nature in general: 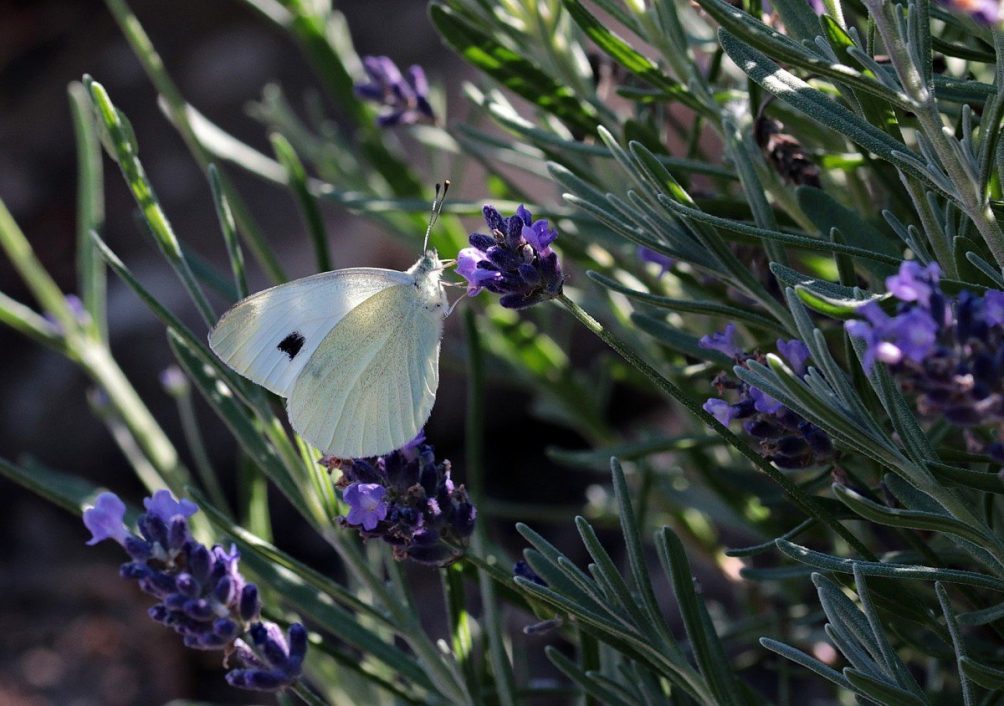 Austria has more butterfly species than any North and Central European country. Out of a total number of 10.000 species, 4070 are living in Austria. Experts explain the diversity of species by the different altitudes of the alpine landscape, which therefore provides a variety of habitats. Only in Tyrol, approximately 170 different species were counted. That’s almost the same number as in the whole of Germany. These include nineteen species that are protected by the Tiroler Naturschutzverordnung and eight species that are protected by the Fauna Flora Habitat Richtlijn. The goal of this is the conservation and restoration of the biodiversity of natural habitats and wild fauna and flora.

Start-up Sibö will save food industry with mealworms
InsectSense uses insect-inspired innovations to detect…
Corona in Europe - It's been a blast!
Hungry caterpillars an underappreciated driver of carbon…
A web over highways to protect insects
Over €400,000 of support for innovative ideas involving…