This EU regulation is not yet legally binding, but in various member states, the envisaged phase-out of internal combustion engines from 2035 is not exactly being greeted with open arms. In particular, not allowing engines powered by alternative climate-neutral fuels, such as e-fuels in combustion engines, is seen by many as a big mistake. But is this really the case?

Norway is generally referred to as the country of electromobility. But if you take a closer look at the figures, disillusionment sets in.

This means that more than 80 percent of passenger cars will continue to be powered by internal combustion engines. No one doubts that Norway will have electrified a lion’s share of its private transport by 2035. But it will be a close call even there. 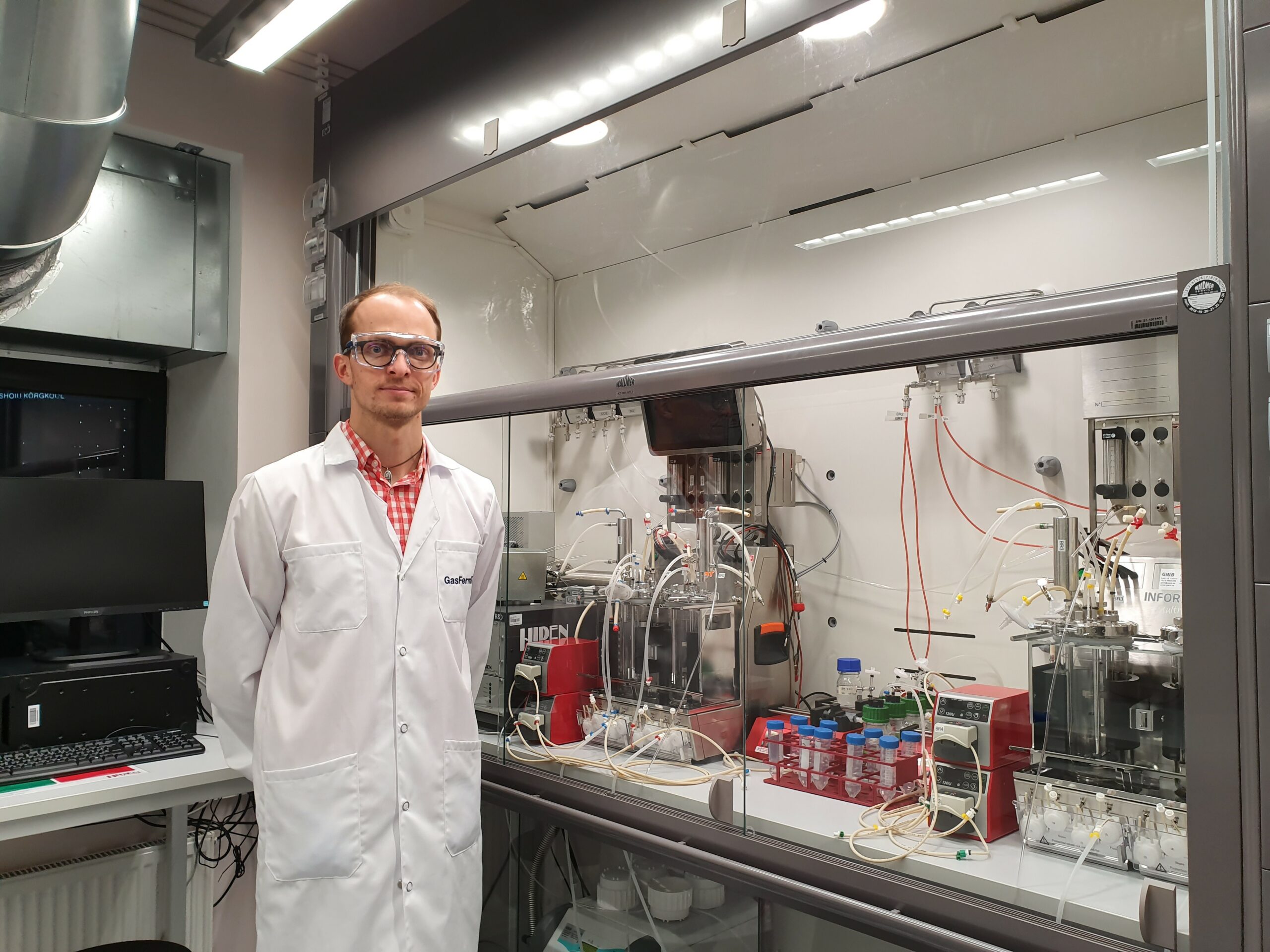 This Estonian scientist turns biggest culprit of the climate crisis (CO2) into renewable resource – Innovation Origins
In the Estonian recovery plan, 100 million euros have been set aside for a Green Fund. This instrument is intended to stimulate innovative, green technologies.

Things look even worse in Germany

In Germany, the share of electric vehicles in the total vehicle fleet is even lower. With 48.5 million passenger cars by official count, there are currently less than one million fully electric vehicles on German roads. This comes as no surprise since Germany also entered the electromobility market much later and supply problems are currently putting a damper on the faster growth of electromobility.

Besides, Germany acted rather clumsily with regard to subsidies and the so-called “environmental bonus.” While Norway, for example, initially waived the luxury tax and value-added tax for electric vehicles, stubborn German bureaucracy once again won out.

Pragmatically speaking: what is the goal?

The big goal is climate protection, but this is being tackled quite differently, at least in Germany, than in other places. Elsewhere, people are taking a more pragmatic approach than in Germany and are trying to reduce CO2 emissions as quickly as possible. So far, this has not worked very well in Germany. Thanks to ideological small-mindedness and rather brainless energy policies, CO2 levels in Germany are currently increasing rather than decreasing.

SUVs and larger, higher horsepower combustion vehicles in particular have led to an increase in the average CO2 emission in traffic not just in Germany but also in Europe for the past several years.

Thanks to a misguided energy policy, which implemented the nuclear phase-out BEFORE the coal phase-out, the CO2 content per kilowatt-hour also currently remains high, with or without renewable energy. According to the internet portal “Stromauskunft”, the bulk of electricity in the first quarter of 2022 once again came from climate-damaging energy sources. In other words, here, too, progress is very slow.

The raw material and supply crisis

The next crisis is already looming: The expansion of renewable energy is faltering because raw materials as well as ready-made solar panels come from Asia after the German solar industry was either driven into bankruptcy or forced to relocate to China in recent years as a result of high production costs. In addition, there is a lack of thousands of tradesmen for a faster transformation in the housing market. Not to mention the obstacles posed by politics.

But back to the topic at hand: the combustion engine phase-out

His colleagues at VW and Mercedes-Benz, by the way, are perfectly happy with the announcement. The 2035 deadline will not be a problem for the OEMs, but it will be for the average consumer.

E-fuels as a temporary solution?

Zipse himself has repeatedly called for “technology openness” in the past. This would not be completely wrong for the rapid conversion of the European combustion car fleets to low-CO2 or neutral propulsion. E-fuels could actually make the huge fleet of internal combustion vehicles cleaner to run, provided that the synthetic fuel is produced from renewable energies and the necessary CO2 is extracted from the air.

This is precisely the dilemma: European and, above all, German energy policy is counterproductive to clean energy production. Wind and solar power alone will hardly be enough to keep up with all of this until 2035, even if eco-activists keep saying they will. Physics (and bitter experience so far) tells a different story. 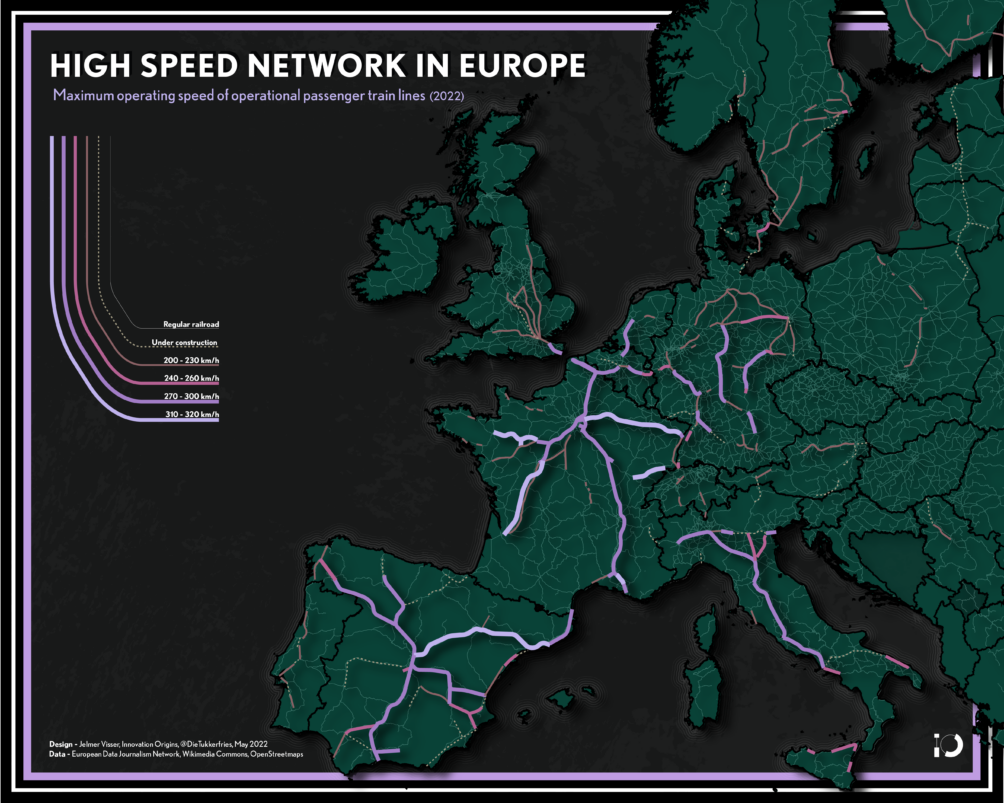 Analysis – Will Europe’s high-speed rail network replace continental flights? – Innovation Origins
Data journalist Jelmer Visser delved into the world of high-speed train connections in Europe this week. Will we soon be taking trains instead of flights for our continental city trips?

That’s why renewable energy generation will hardly be wasted on e-fuels. Because to achieve the energy transformation, transport, industry and households must move away from fossil fuel to electric alternatives. This means promoting e-vehicles, heat pumps and the electrification of industries (as far as possible). The demand for electricity will not be less, but rather significantly greater than today.

A Catch-22 situation is imminent.

Certainly, the production of e-fuels is extremely energy-intensive and expensive. But the overarching goal, namely climate protection and the drastic reduction of CO2 emissions, costs money – a lot of money – and can only be achieved by a combination of many factors. This can only be done through a concerted effort by Europe and the world. E-fuels must be produced not in Europe, but in places where the wind blows, the sun shines brightly and energy is cheap.

But despite all the pragmatism, I do not believe that this will be achieved by our current generation of politicians. Their decisions are too short-sighted and the influence of certain climate activist lobby groups is too great.

The solution that the climate activists have in mind is a different one. To put it bluntly, in the future not 90 percent of individual traffic should be electric, there should simply be no traffic at all.

Welcome to a Brave New World.

About this column:
In a weekly column written alternately by Eveline van Zeeland, Eugene Franken, Katleen Gabriels, PG Kroeger, Carina Weijma, Bernd Maier-Leppla, Willemijn Brouwer and Colinda de Beer, Innovation Origins tries to figure out what the future will look like. These columnists, sometimes joined by guest bloggers, are all working in their own way to find solutions to the problems of our time. Please read previous episodes here.

'Openness to technology‘- or how dogma hinders developments
Where is rail transport organized best?
Asterix and Obelix up against the Romans - Germany in…
Stop whining about high fuel prices when you're on the road…
Nanobodies stop Sars-CoV-2 and its new variants
Berlin oil trader hopes for breakthrough in synthetic fuels