An administrative agreement has been signed with the provincial authorities: https://www.brabant.nl/politiek-en-bestuur/bestuursakkoord-2019-2023

Politicians pride themselves on the fact that in the coming years, Brabanders will be wandering into the next decade in cheerful, healthy and prosperous ways. According to provincial policymakers, we are already scoring an 8.9. That’s high, but it does make it easier to hide the true picture.

Admittedly, all this bliss cannot be attributed to the economic prosperity that we are mainly gaining from the A58 and A67 motorways: our international arterial traffic congestors. These roads are becoming more and more congested and it just seems to be huge, ugly office blocks and industrial complexes that are popping up alongside of them.
It is storage and distribution between Rotterdam/Antwerp and the Ruhr region on behalf of a crazed consumer society that is making us rich. What we get in return is environmental pollution multiplied several times over.

Agriculture in our province is managed by large, wealthy stakeholder organisations in and around Boxtel. Short-chain marketing in the beautiful province of Brabant is no match for the cut prices from the Meijerij and the Peel regions. Pig farms are ruining the landscape. The ‘farmer’ in the Kempen is losing out when it comes to infrastructure and the countryside:

Two very heavy and troublesome dossiers at city hall. Not 8.9, on any scale!

This state of affairs is no better when it comes to the dossier that has been causing headaches in Den Bosch for a number of years, i.e.: everything that needs to be done in and around Eindhoven. Provincial politicians generally find that Brabant is a bit too independent, and has been for decades. During the amalgamation of Eindhoven, there were already signals coming out of Den Bosch that there was no need at all for them to establish their own administrative council for what would later become ‘Booming Brainport’.

In the current administrative agreement, there is hardly anything written about moves that actually aim to strengthen Eindhoven and its surroundings. Not a word about new developments concerning municipal reallocations.  So all of that legislative pressure is quite cheerily kept in place. As far as the many joint arrangements between the multitude of Brabant’s south-eastern municipalities are concerned – which are often not held to account – things continue to muddle on.

It has been boldly reported that all opportunities for improving Eindhoven’s accessibility are to be mapped out. There should be a decision in 2020 – so soon!
That could hardly be any more meaningless: we know all of the options by now, and the government’s decisions within 18 months after that. That’s the stuff of fairytales.

The provincial government is putting its support behind a Rijksmuseum for Design in the Brainport region. To my knowledge, it’s a foregone conclusion. Minister van Engelshoven made up her mind this week. The FutureLab for Design and Technology is on its way. Apparently, that message has not yet reached the streets of city hall in our province’s capitol. 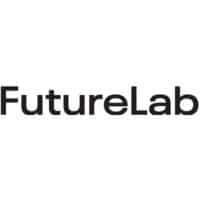 The provincial government is committed to quality. Now that is noble and a necessity.

It’s a pity you don’t read anywhere that the logistical hotspot on which all of us Brabanders are apparently sitting atop, along with the innovative Brainport where most of our wealth comes from, would benefit from strong, high-quality, direct-communication politics from within the Tilburg-Eindhoven axis.
Of course, that won’t be so comfortable for the fencesitters in Den Bosch. Yet councillors from the #013 and #040 districts (Zeeland and North Brabant respectively) recommend keeping up with directly bombarding The Hague’s political offices.

In hs column ‘Vanaf De Hovenring’,  Pieter Hendrikse looks at events in and around, and occasionally outside of Eindhoven. He does this through applying his own expertise within educational and social/cultural domains, as well as in an independent capacity.