Chip machine manufacturer ASML from Veldhoven again broke all turnover records in 2018, but with this good news, it also brings a warning: the first quarter of this year it will all be a lot less prosperous. The company expects turnover to be much lower than in the previous period, partly due to production disruptions after the fire at Prodrive at the end of last year. The company expects sales of approximately 2.1 billion euros, compared to 3.1 billion euros in the fourth quarter of 2018. For the long term, ASML is positive. 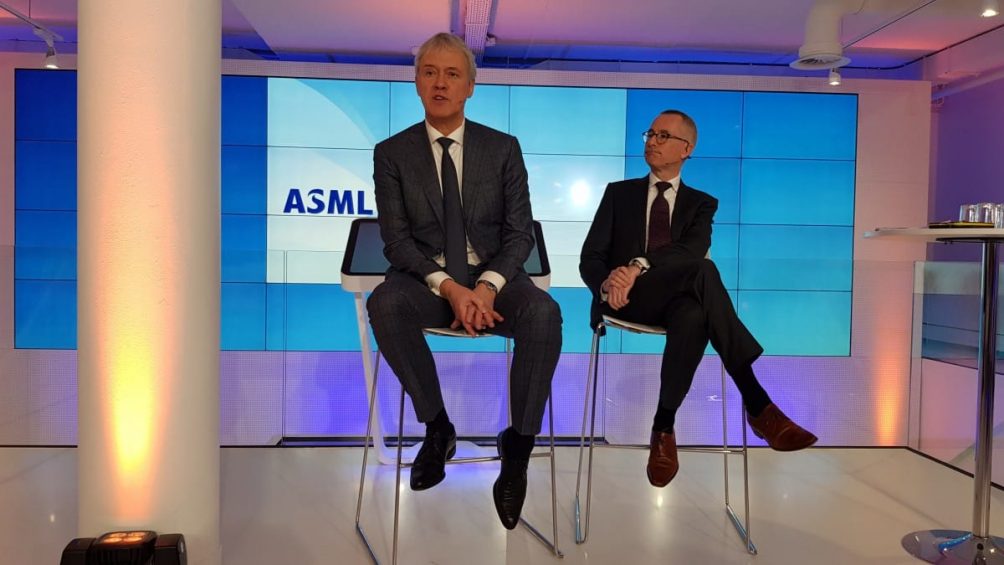 ASML says that the fire at the beginning of December had a negative effect of 300 million euros on revenue. In the second quarter, this will have been largely compensated for. ASML had already warned that this issue would lead to delays in the delivery of machines.

Revenue in the past quarter was somewhat higher than ASML had expected. ASML had indicated that turnover would be around 3 billion euros, it turned out to be 100 million more. Net profit amounted to 788 million euro. The gross margin was 44.3 percent, which is lower than expected.

Throughout 2018, ASML posted record sales of 10.9 billion euros, with a profit of 2.6 billion euros. In 2017 there was a turnover of 9 billion euros and a net profit of 2 billion euros. In the past quarter, ASML received five orders for major EUV-chip machines costing more than €100 million each. This will allow chips to be made even smaller and more powerful according to a new procedure. Despite the Prodrive fire, ASML maintains its expectation that 30 EUV machines will be delivered to customers this year.

Commenting, CEO Peter Wennink said that ASML will further increase its turnover in 2019, with a significantly stronger second half of the year compared to the first half. The profit margin will be lower in the first half but will increase towards the end of the year. Wennink also pointed to “some uncertainty” in the current market environment but said he was confident that ASML will meet its longer-term profit and revenue targets. In 2020, ASML wants to achieve sales of 13 billion euros.