Around 2000 homes are planned, half of which will be composed as ‘smart’ as possible: Brainport Smart District, a neighbourhood within Brandevoort, Helmond. But what is all that going to look like, and when can the first inhabitants move in? Laurens Schwiebert, driving force of TU/e Smart Cities Project and coordinator for Brainport Smart District in Helmond, lifted the veil on November 16th for CAST.

Brandevoort is a suburb of Helmond. The part which is yet to be developed – De Marke, on the northside of the railway – has been chosen to be the place for a living lab for tomorrow’s city. In a green environment, on the edge of Helmond en Eindhoven, with a train station and direct bike paths towards the city centres. The Automotive Campus, the Food Tech Campus and several knowledge institutions are literally around the corner. 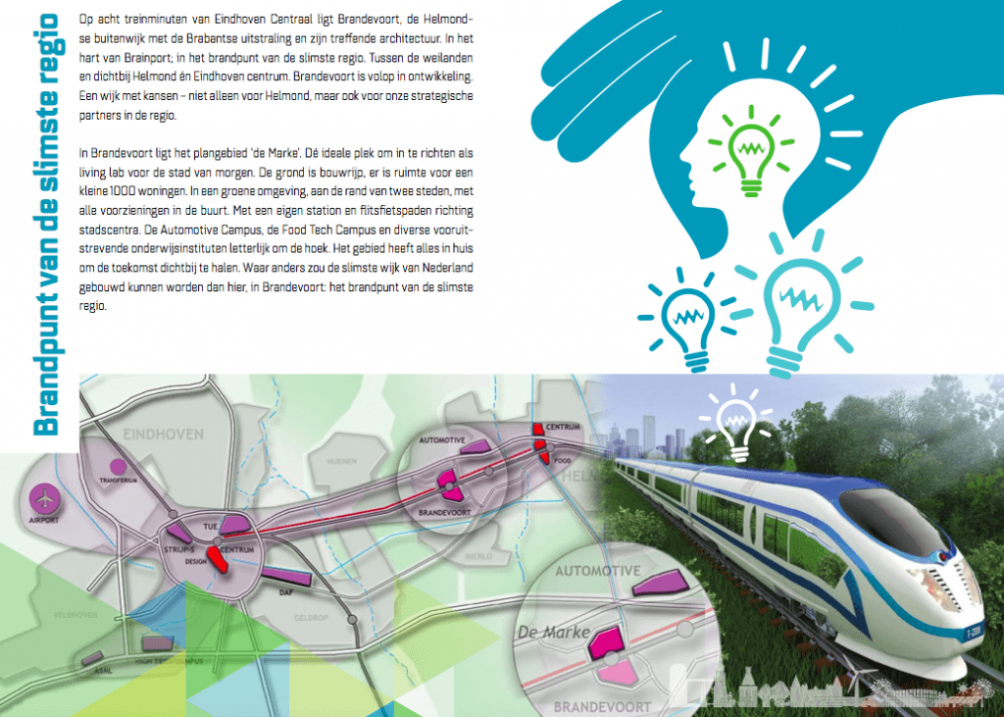 The houses in the smart district are estimated to become 10,000 to 20,000 euros more expensive than an old fashioned house. That will partly be paid by the experimenting government, but also the inhabitants will have to contribute. “In exchange for more comfort and the possibility to earn back the money some day by for example being more energy efficient.”

Brainport Smart District will not be a toy for technicians, promises Schwiebert. “Of course we would like to introduce all sorts of smart techniques, but still having a connection between several fields of expertise, within the TU/e as well as outside of it.”

The university specially set up a human technology interaction centre for this, that has to make sure that there is a connection between technology and society. Areas involved in the project from the TU/e are mobility, energy, health and data science. Also a connection with the ‘road maps’ around smart society Eindhoven have now been set up:

According to Schwiebert it is relatively new for the university to be engaged in applied research through living labs. The society is developing, just like the city and the university. Hence this choice. Testing is an important part of the smart cities program. These sorts of projects can’t merely be based on theory and fundamental research. We also want to involve the users. The connection to society also requires us to link technology to social sciences. That’s why agreements have been made with Tilburg University.”

The next few months, Schwiebert and his team will especially be working on consulting. In collaboration with “a big international research and management agency” (Schwiebert does not want to mention the name yet) there will be a consultation with all stakeholders. “That way we hope to analyse the target groups well, identify consequences and to find out what technologies we can realise. Schools, inhabitants, companies, shops, and so on, we have to involve them with the plan as early as possible. And we also especially have to look at how they can mutually be connected. That will definitely take half a year. That may sound like a long time, but it is necessary, because you can only do this once.” 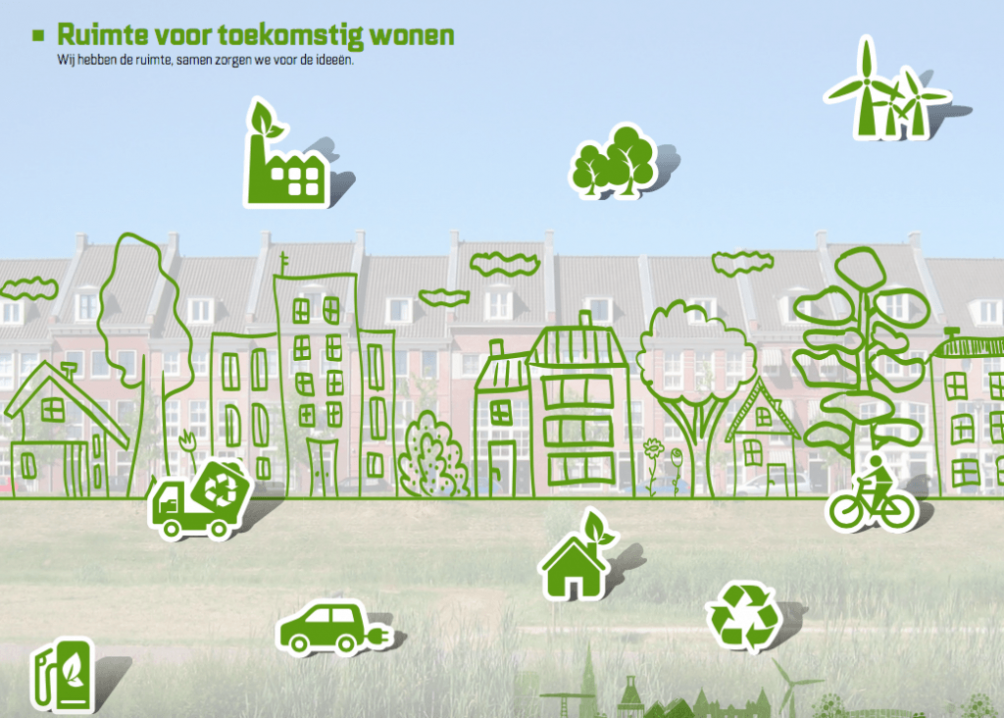 The development of the district will take an estimated three to four years, after which the ‘smart reconciliation’ will also take one or two years. In roughly five years the first people will move into the district. The exact time is still dependent on many factors. And even then it is still questionable whether the district will be “integrally smart” (on all parts of the road maps) or just on a few aspects. “We will only find out when we’re there.”

But even if everything works out, it is already known that this district will never be finished. “You can’t finish a smart district. Because then you’re not smart anymore. The technology continues to develop itself and we will also see examples in foreign countries that we will want to use. We want to be a learning city. Besides, we must always leave a part of the elaboration to be evaluated by the future user. The usage of interior, exterior, the interaction between the two; the inhabitants will have to make their own choices in that.”

In every smart city discussion the word ‘privacy’ comes up. Schwiebert knows all about it and says that exactly for that reason, the non-technical  areas as well as the users are involved in the decision making in an early stage. “Once again: that is  not something that is imposed by us. At the same time I would like to emphasize that we, as a knowledge institution, don’t have an opinion about privacy; our job is to share the current state of the technology with the society in the best way we can. We are going to come across many things that we are going to have to look at together when it comes to challenges and solutions.”

Watch the full episode of CAST on the channel of openwebcast here: