Startup Delta, the organization led by Neelie Kroes that’s trying to improve the startup environment in the Netherlands, calls on all large companies in the country to appoint a “Chief Startup Officer” (CSO) as soon as possible. This is the result of the Captains Meetup which took place late last year. The aim of this action is to improve the links and cooperation between corporates and startups. 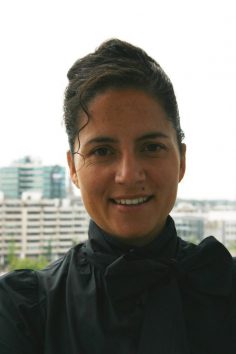 Fancy van de Vorst, Policy Advisor for Economic Affairs of the City of Eindhoven and a special envoy at Startup Delta, has specific responsibilities for the realization of the interaction between corporates and startups. (read this english language background article). During the meetup, three aspects of this interaction have been discussed: 1. How can an established organisation become ‘startup ready’? 2. How can a startup become ‘corporate ready’? 3. What role do innovation hubs play by bringing corporates and startups together?

StartupDelta has recently asked the Dutch corporates to appoint their CSOs before the end of the month. In March, all CSOs will meet, together with Neelie Kroes and professor Justin Smith “to share experiences, opportunities and needs”. The intention is to eventually get the CSO in a permanent role within each Board of Directors. “In this way a standard will be set for all Dutch companies in the field of cooperation between startups and corporates.” In May, at the previously announced Startup Fest Europe, Kroes also wants to draw international attention to this initiative.

Justin Jansen on cooperation between corporates and startups:

The enterprising student easily beats professor
Dortmund: where innovation drives community spirit
imec.istart, leading accelerator program for tech start-ups…
This will make microplastics obsolete
'A university is not a patent machine'
Prince Constantijn: 'It makes me cringe when I see how the…