3D animation takes time: for just one minute of animated content, an average of four weeks of production time is required. The French start-up Kinetix is doing everything in its power to speed up and simplify this process. Thanks to the software that they have developed, you and I can also do 3D animation. One of the founders, Yassine Tahi, tells us more.

What does Kinetix do?

“We simplify and accelerate the production of 3D-animated content. This content is mainly used in the gaming, film, VFX and AR/VR/XR industries. Normally, 3D animation can be done in two ways: first, you can create a 3D model and then process it into an animation. The other option is to use motion capture. This means that you stick miniature sensors on an actor’s body, which capture their movements and transmits these to the computer. We developed a method that achieves the same results except that you don’t need any sensors. Just a camera, or even your cell phone is all you need. You film a person’s movements, and our deep-learning algorithm generates a 3D animated model.”

Also interesting: Not the computer, but craftsmanship brought innovation to the animated film

Which target audience are you creating the software for?

First of all, for the professionals who already create 3D-animated content. We want to speed up their workflows for them. They can keep doing what they are doing, but faster and cheaper. Secondly, we are targeting media and advertising agencies. Right now, they don’t produce much 3D content because they lack the resources. They have graphic designers, but they are not specialized in the creation of 3D animation. We make sure that they are also able to animate with just a few clicks.

To give an example, in news, it can be useful to have generic characters. Then the news channel can choose any kind of character to include in an animation. That way, they can recreate situations in an explainer video, for example, without anyone being subject to bias. At present, someone who doesn’t know anything about animating can use our content to a large extent. In the future, we want to make it even easier.

What do you want to achieve?

The ultimate goal is to make the ‘metaverse’ a reality. The metaverse is a digital platform, where in the future we will be spending a lot of our time with the help of Virtual Reality. This is already happening now: we spend a lot of time on social media and hold meetings via a screen. The difference is that the metaverse is an immersive 3D space, whereas we are currently staring at 2D screens. We want to improve our software soon. Right now, we have fifteen engineers and developers working on the product. We also want to expand our market. Currently, we have more than 4,000 animators and creators on our platform, although 70 percent of them are based in France.

How did the idea come into being?

I met my co-founder Henry during the “Entrepreneur First” program. In this program, people with technical skills are put in touch with business people. Henry had experience with artificial intelligence that had been applied to 3D. We decided to work together, initially by looking at where exactly the problems lie where content creation is concerned. Then we took it a step further and explored how we could apply AI to it. 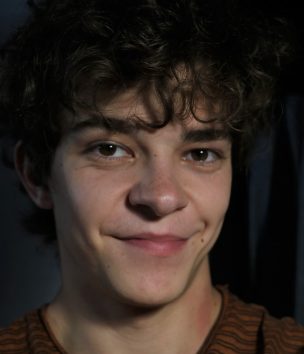 Mees van Dijk is a freelance investigative journalist, with a keen interest in innovation and technological developments.