Dutch Design Week (DDW) looks back on a successful fourteenth edition. For 9 days the event presented experiments and ideas, answers and solutions by 2500 designers in almost 100 locations. The event attracted an estimated record number of more than 270,000 visitors. 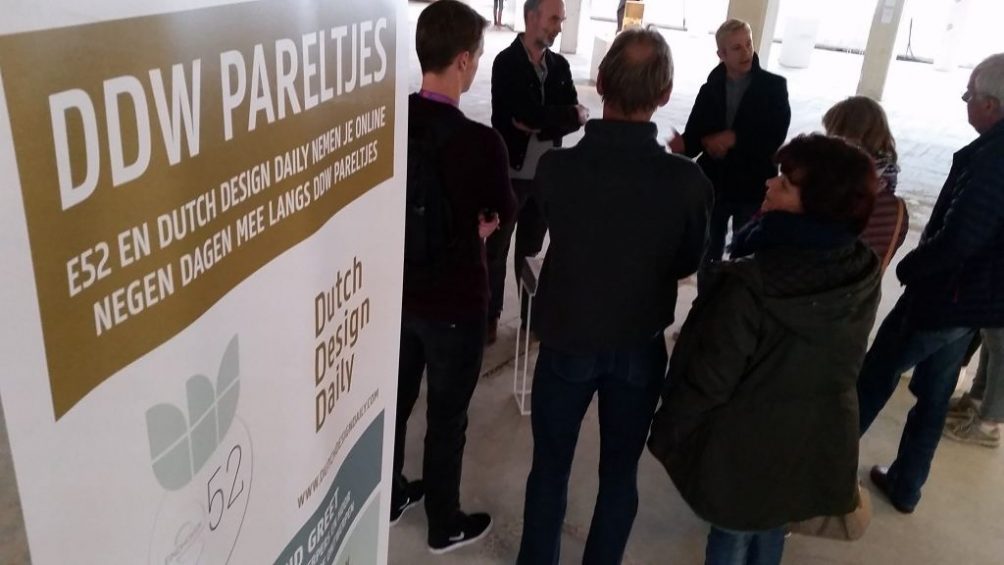 Under the banner of ‘What if…’, the question with which every designer and all innovation starts, DDW presented work by renowned designers, but as tradition dictates also with plenty of space for young talent and experiment. Extra attention went to the future thinkers, dreamers, changers and their innovations. Good examples of this were the ‘Chilling in a Box’ from the BioArt Laboratories, ‘Playing Life exhibition’ by Transnatural Art & Design and the exhibition ‘It’s Your World’, in which designers used everyday and less everyday issues (refuse, health, industry) to speculate on what design could mean for us all and for tomorrow’s world. 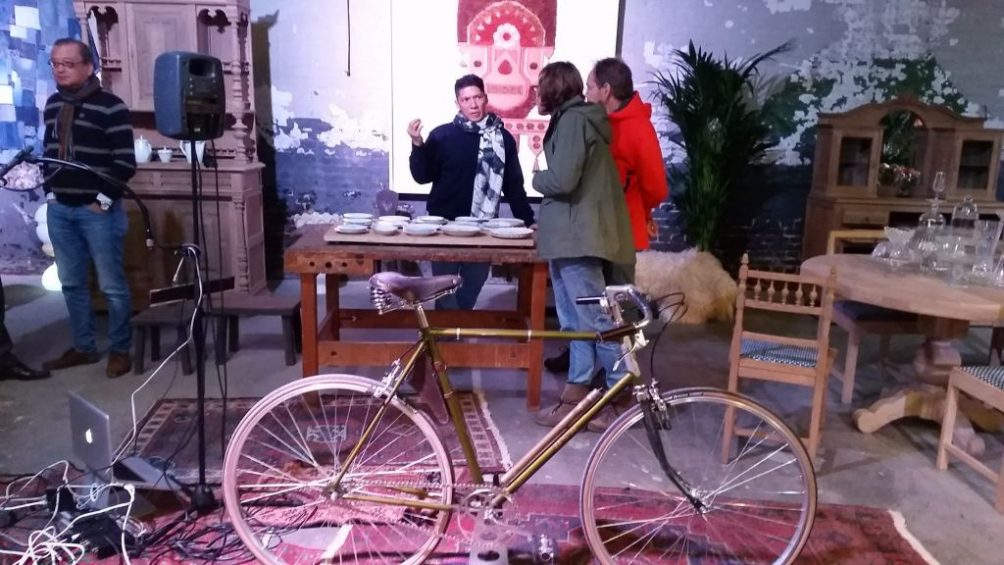 This year too, the DDW ambassadors made an important contribution to the week.

Designer, philosopher and scientist Koert van Mensvoort launched his new nature movement Next Nature Network, provided direction for Design Fiction and focused special attention on design in relation to the current refugee issue. Designers Rianne Makkink and Jurgen Bey (Studio Makkink & Bey) concentrated on the stimulation of education and collaboration, guided the public along workspaces and laboratories, and played an important part during international press tours. 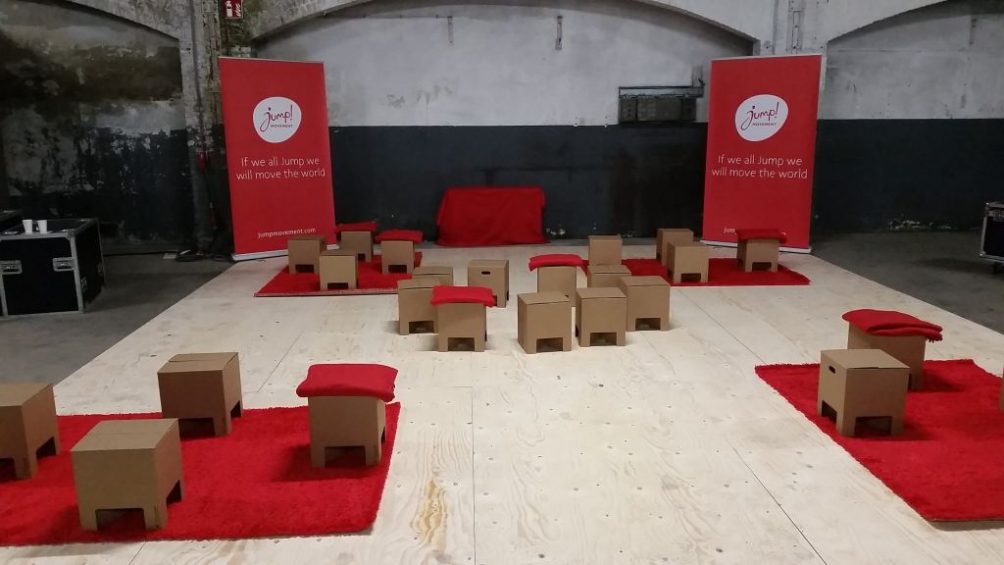 A valuable contribution to the week was the new Veemgebouw location, where Stimuleringsfonds Creatieve Industrie provided a good idea of the new generation (digital) designers and architects with the intrinsically strong exhibition ‘In No Particular Order’. Other highlights were ‘The Allegory of the South’ by Aart van Asseldonk in the Paterskerk, ‘London Calling’ in the Stroomhuis (with work by Lucas & Lucas, Maarten Baas, Kiki van Eijk & Joost van Bleiswijk), OXI on Sectie-C (by Justine Kontou, Tessa Koot and Club-C), ‘Fontys Factory CANCER’ at the Temporary Art Centre (TAC) and ‘Dutch Invertuals presents NO STATIC’ by curator Wendy Plomp.

Partly thanks to the attention from a large number of professionals from the design scene, commerce and the media partners, DDW demonstrated its function as an international stage for design. During the extensive programme that included lectures, seminars, workshops, network meetings and talk shows, personal contacts and intrinsic connections for the future were made between commerce, the manufacturing industry, knowledge institutes and government bodies. Strong examples are the project ‘Bottle-up’ (six designers exploring solutions for the glass refuse problem on the island of Zanzibar) and the ‘CoLab: Toon® Design Challenge’ by Eneco (about energy consumption and the smart thermostat). Other design competitions, like the Volvo Design Challenge (winner Lilian van Daal) and Pastoe Design Contest (winner Marjan van Aubel) put new talent in the limelight. So too did main sponsor ABN AMRO that, together with designer Miriam van de Lubbe, granted fledgling talent a special place in one of its Hotspots. 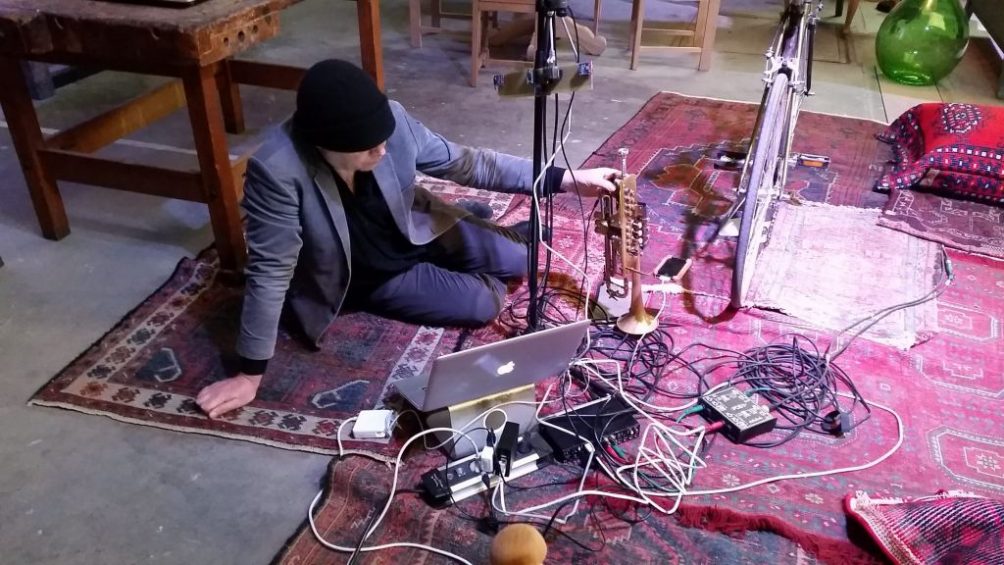 Saturday evening 24 October the annual Dutch Design Awards were presented. Submarine Channel came out the big winner during the festive award show in the Effenaar. The agency’s interactive documentary ‘Refugee Republic’ won in the category Communication and also took home the Future Award (the prize for the most promising design for the future). The encouragement prize for young talent (Young Designer Award) was awarded to designer Teresa van Dongen. All award winners can be found on the Dutch Design Awards website.

For the first time this year, there was a prize for the most surprising or impressive presentation to express extra appreciation for the designers and exhibition creators who make DDW a success. The ambassadors awarded the Best of Dutch Design Week Award to ‘Modebelofte: Performing Advancers’ by concept store You Are Here, curated by designers Niek Pulles and Harm Rensink. The project was praised for its special presentation in an unusual spot (the Philips Stadium); for the fine entrepreneurship of all those involved; and for the organisers’ effort and generosity towards the fashion talent taking part in the exhibition. 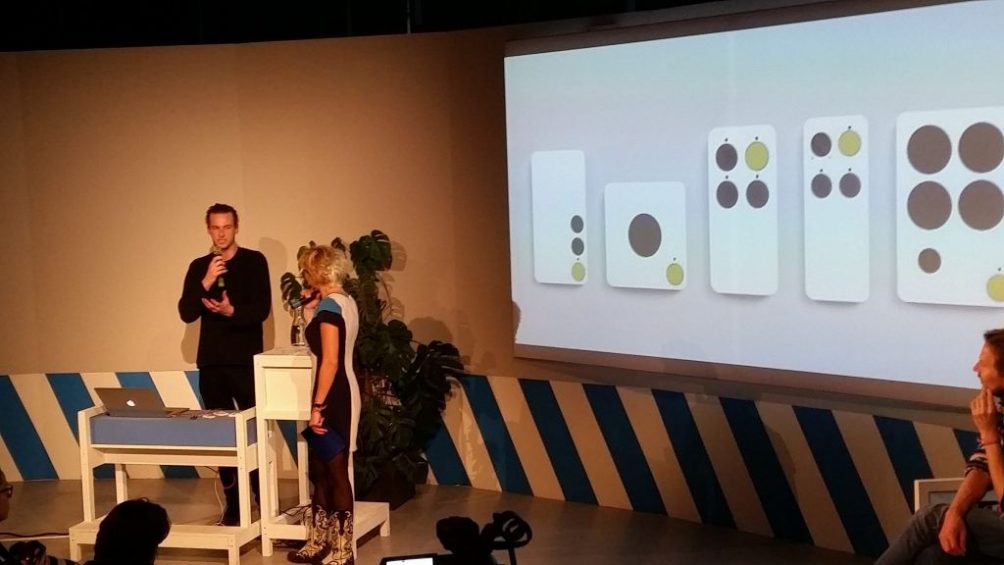 The DDW organisers look back at a successful fourteenth edition. Thanks to a record number of participants, locations and visitors, Eindhoven again manifested itself as the centre of design for nine whole days. The good atmosphere was reinforced even more by a generously filled and very busy evening programme with live music at different locations spread across the city.

A large number of copyright-free high-resolution DDW 2015 images are available here for non-commercial publication purposes, provided the photographer’s name and DDW 2015 are stated. 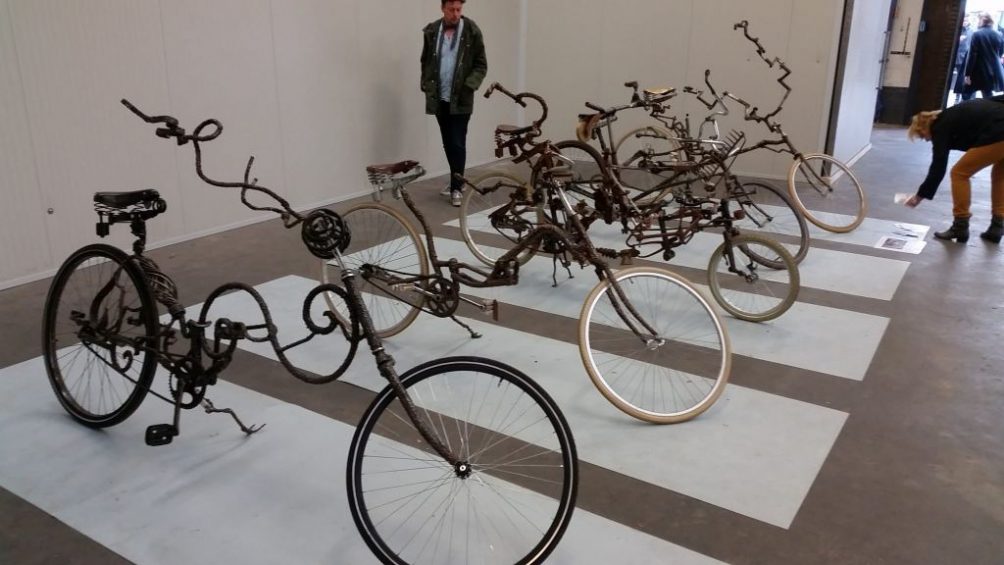 Martijn Paulen, DDW director: ‘Posing the right questions is the motor for the imagination. Designers think about how we will live and live together in the future. They dare to question everything, dream of a different answer and shape it. This is how they lay the basis for the innovations of the future.’

Rianne Makking, DDW ambassadors: ‘The designers’ role during DDW is changing in relation to their regular working process. Especially for DDW, they look for connections with others based on social challenges, influences and themes. The designer becomes a curator, puts issues on the agenda and also generates new work. I have seen several examples. OXI//Club-C at Sectie C, for instance, challenges the revenue model for designers and explores how you could reformulate it. They assembled designers around them who could build an exhibition together with them in which this is possible. Dutch Invertuals also fits into this. They ask young and also more established talent to make work (partly on commission), this time surrounding the theme of movement. Another two examples: as always, Modebelofte focuses on a particular angle in fashion. They show work by recent graduates from various (inter)national academies in a new spot for DDW: the Philips stadium. FC DDW, also on show there, was curated by initiator Jules van den Langenberg, and could only be seen 90 minutes each day. On the NRE site at La Terrasse Volume 1 – Surface, I was introduced to Erez Nevi Pana’s work curated by Eez, with contributions from Tamar Shafrir and Tal Erez. Here, too, the emphasis was on the role of the designer as a critical thinker and writer.’

Koert van Mensvoort, DDW ambassador: ‘What struck me was the unbelievable openness and the inclusive character of DDW. There is close contact and a lot of exchange between the designers and the public. That is wonderful. I’m thinking: ‘What if we design our future together?’ It is no longer about the world of design, but about the design of the world.’