Together with his colleagues, Raaijmakers developed a new method: the multi-hypothesis road representation. The idea behind this model is that the driving behavior of an autonomous car is not based upon the most likely hypothesis on how the road continues but on a collection of all plausible hypotheses, including the degree of certainty about these hypotheses. This provides a robust basis of information about the road on which the car is driving, creating a safer choice for its position on the road.

(text continues underneath the illustrations) 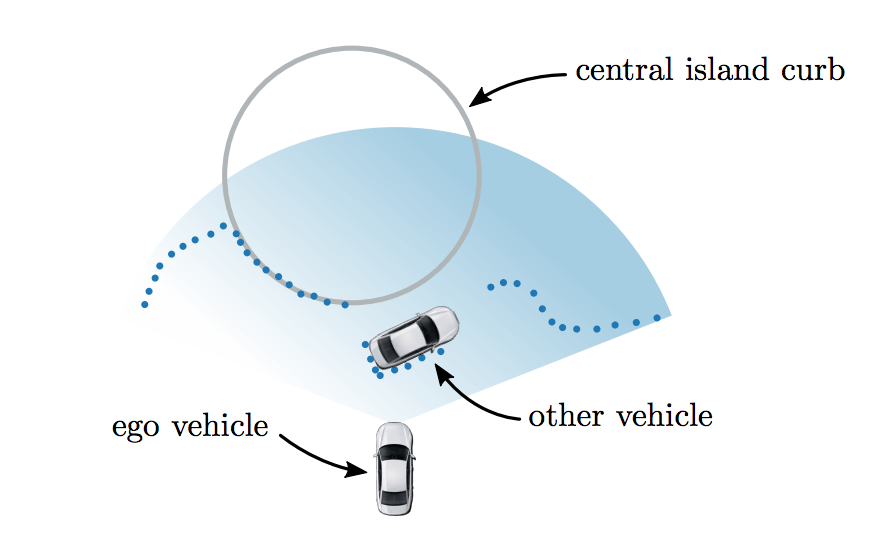 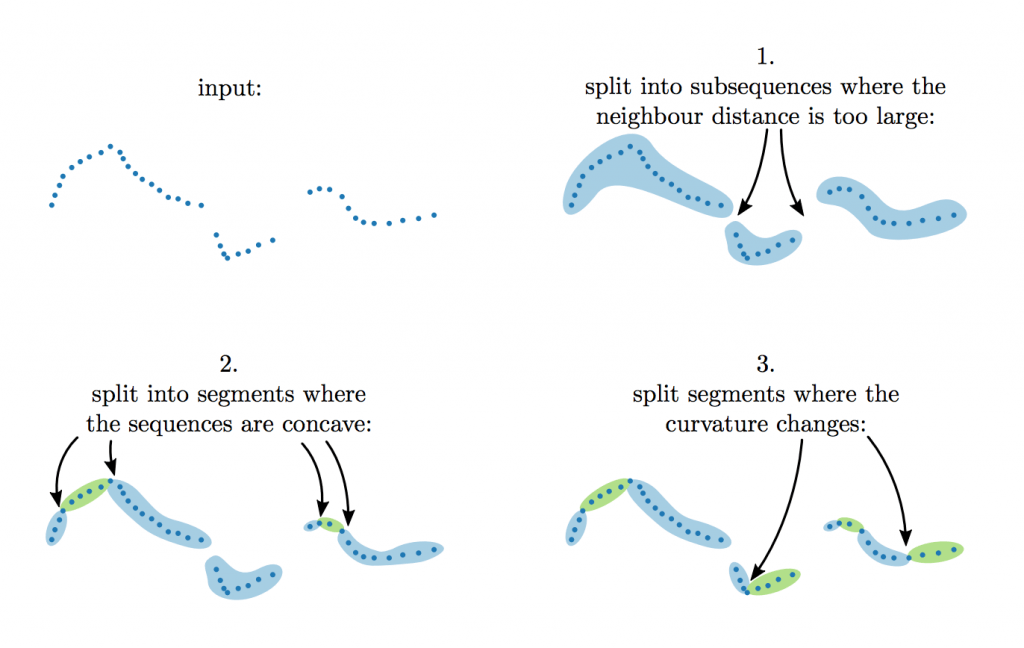 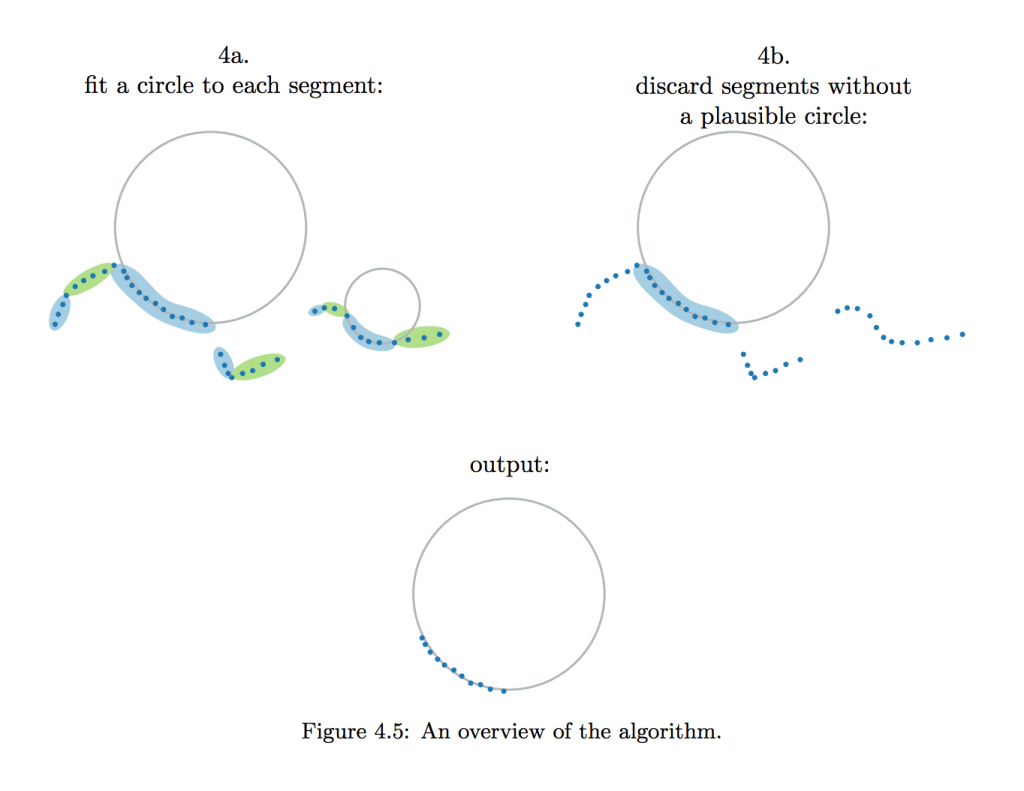 To be able to drive on a roundabout, an autonomous car must know the geometry of the roundabout relative to the vehicle itself. In order to make this possible, Raaijmakers developed an algorithm for an environment perception system that determines the central island of the roundabout. However, with sensors only it is not yet possible to detect all elements that are relevant for autonomous driving. The model Raaijmakers proposed, in which sensor data is combined with the detailed data of a digital map, provides the solution. Several practical tests have shown that with this model the geometry of a complete roundabout is accurately calculated up to 20 centimeters.

Although the proposed model does not yet lead to the desired outcome, it is an important step towards creating a map verification model.

Raaijmakers’ work cannot be taken directly into production. Because there are many different kinds of roundabouts, the developed technique is not able to correctly recognize every single roundabout. Although further research is needed, Raaijmakers has now proven that fully autonomous driving on roundabouts is possible using a combination of sensor data and map data. 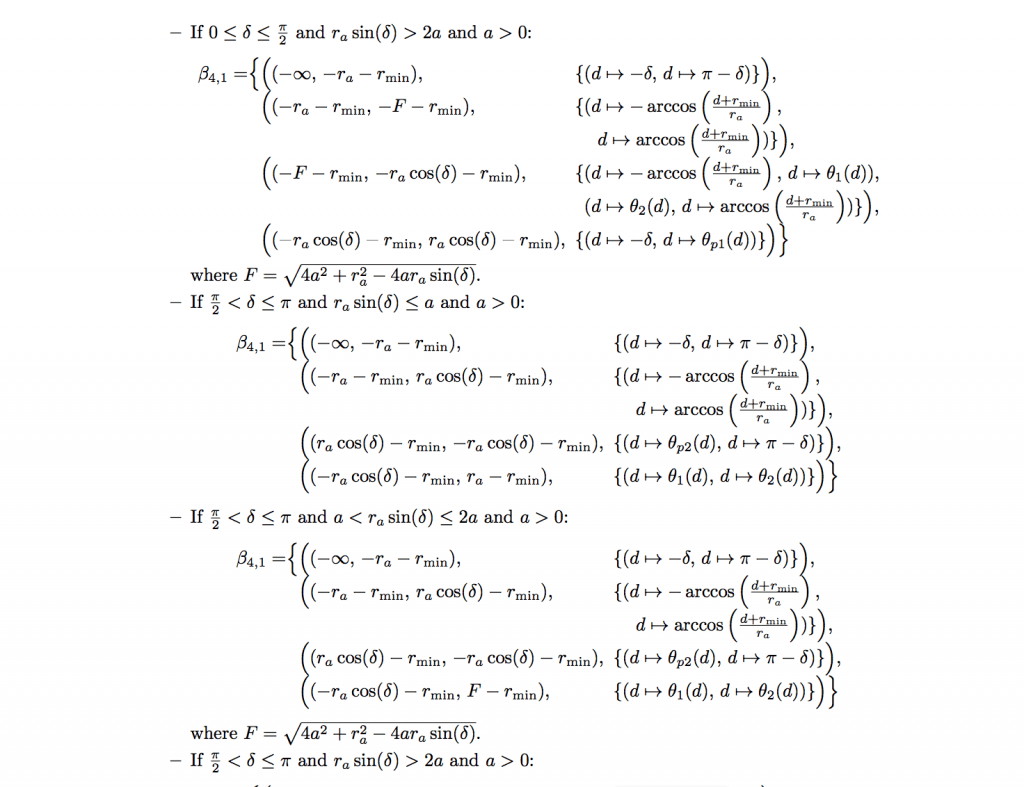 Illustration: Part of the algorithm

(all illustrations are from the thesis)

A practical and traditional watch design, with modern smartwatch features

No e-mobility without Heliox’ charging stations