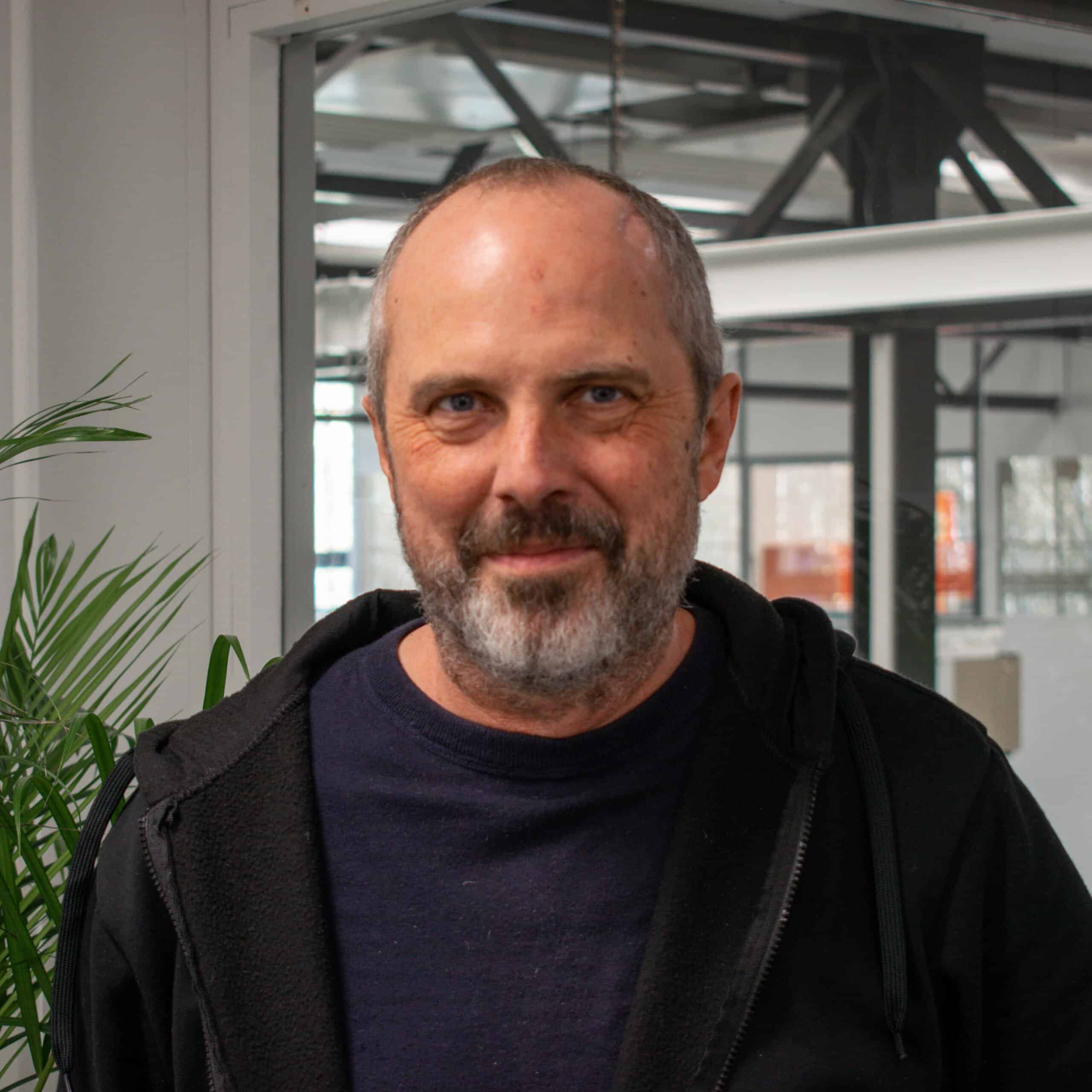 One hundred years ago, the Bauhaus architectural movement began in Germany. Until the Nazis came to power (and afterwards), the entrepreneurial and innovative architectural style should have a major impact on architects all around the world.

An important factor in the success of Bauhaus was the participation of Dutch artists, as for example De Stijl or Theo van Doesburg, who gave courses in the years 1921 and 1922 and sharply criticized the, at that time, esoteric, floating Bauhaus. Under his influence, the Bauhaus motto changed from “art and craft – a new unity” to “art and technology, a new unity”.

The fact that a TINY[BAU]HAUS was designed by the Dutch architecture office DUS, on the occasion of the hundred-year anniversary, therefore fits into the tradition. The 8 square-meter TINY[BAU]Haus was loaded onto a flat-bed trailer on Friday in Amsterdam and will today be inaugurated at the Musée des Arts et Métiers in Paris.

The raw material for the design, which was created with a 3D-printer from the Amsterdam company Aectual, is flaxseed, which makes the design completely recyclable. The architect Hans Vermeulen is proud to be able to build on the tradition of the German founders with his miniature Bauhaus design. “The Bauhaus was famous for the use of modern technology. We have done this once again, with the help of 3D-printing technology”. In this object, visitors can experience Bauhaus in Germany with all of their senses. On display are all locations of the Bauhaus – Weimar, Dessau und Berlin – as well as the study of Walter Gropius, reconstructed by VR-technology. This space is a cooperative project of the Bauhaus University Weimar and the German National Tourist Board (DZT), which designed the TINY[BAU]HAUS. “The 3D-printing of recyclable plastic uses innovative technologies and materials. This promotes the idea of sustainability. At the TINY[BAU]HAUS, we are presenting the cultural-historic offers around the Bauhaus in an extraordinary atmosphere”, says Michaela Klare, head of the DZT Netherlands, in Amsterdam.

Last month, the design started a tour through Europe in Amsterdam, to celebrate the 100thanniversary of the Bauhaus. The cities visited include Paris, Rotterdam, Barcelona, Marseille, Vienna, Prague, Budapest and Copenhagen. On the DZT website, you will also find architectural blogs and videos about the “making of” the TINY[BAU]HAUS 3D-print.

The agency DUS was founded in 2004 and specialized in digital production processes and 3D-printing in the construction industry a few years ago. With the interactive lighting design of the Kapellbrücke in Lucerne, a temporary building for the Dutch Presidency of the European Union, and as initiators of the 3D canal house in Amsterdam, the architects attracted international attention.

Eindhoven, what are we?
Locally grown wood is the new gold
Manage Cookie Consent
We use cookies to optimize our website and our service. Help us to make our site better by accepting all cookies.
Manage options Manage services Manage vendors Read more about these purposes
View preferences
{title} {title} {title}