Brabant is suffering from a brain drain: more graduates leave the province than remain or come back. Eindhoven and Tilburg are the only exceptions, but concerns remain: the international competition – ‘The battle for brains’ – continues to increase.

The Brabant brain drain is the result of (domestic) migration of especially young highly educated graduates. Moreover, especially highly educated women exchange the province of Brabant for an adventure in larger urban areas in the Randstad region. Between 2004 and 2011 Brabant lost a total of 1,428 college-graduates (HBO). The numbers for university graduates are even bigger: in total Brabant lost no less than 6669 academics between 2004 and 2011. 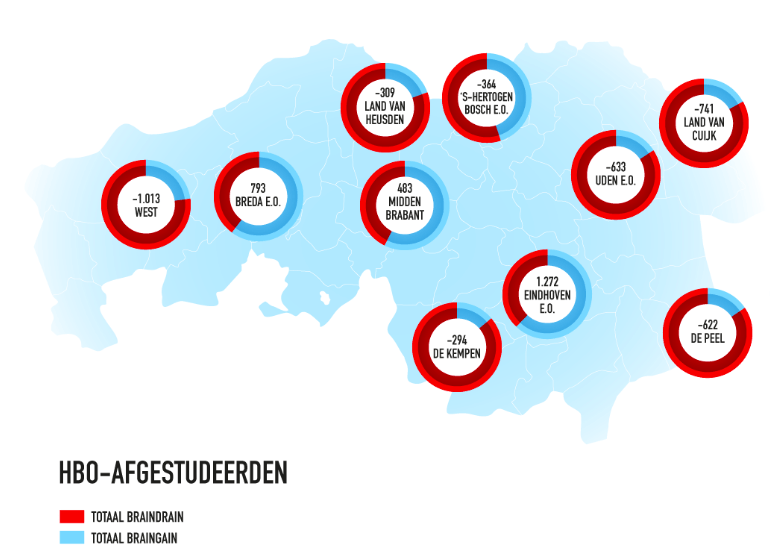 The region Eindhoven-Helmond is a favorable exception: here, the number of college graduates rises with 1,272, which means there is a brain gain. In line with the high-tech profile of Brainport, the tech graduates show a gain of 653 persons. Counterwise, there’s a huge drain for humanities and social disciplines in Brabant, as evidenced by the negative migration balance of -2567. 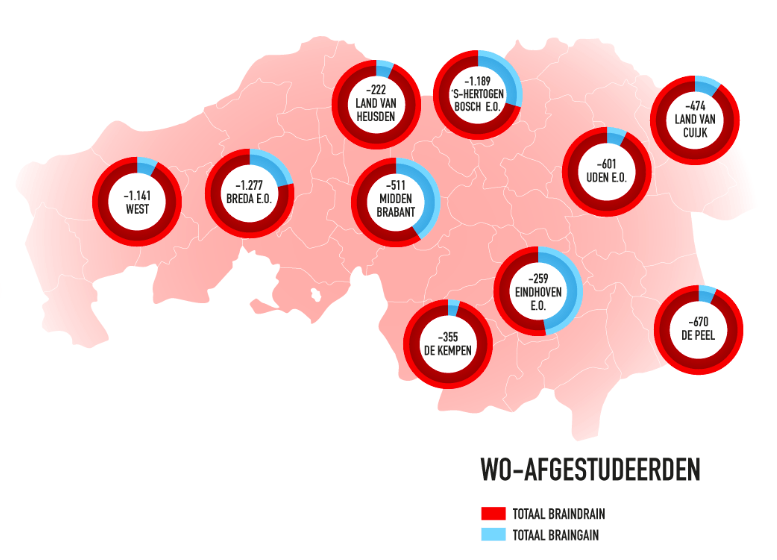 Despite all the attention paid to attracting and retaining the highly skilled, Brabant loses the talented. BrabantKennis: “The ‘import’ of international knowledge workers can be an answer to the growing shortage of highly skilled people, but international competition increases. And salaries in the industry are below the level of the ones in countries like Germany and Belgium, so it is still questionable whether highly skilled expats may be seduced to a long stay in Brabant.”

This is even more difficult, as the highly educated expats have more demands than just financial. The study: “This requires investment in our knowledge infrastructure, our companies, their joint networks, and in an open, tolerant and international environment.”