Triple Helix, Brainport, the Eindhoven High Tech ecosystem, design as a connecting factor; these core qualities of the region is for many people all they talk about, but who knows exactly how to interpret them? Who knows how to get the most out of it for business, for organisations, for individual people? “Hardly anybody”, says Joost Helms. “Everybody is talking about it, but within the region there are only few people who know exactly how it all works. Let alone how to get the maximum benefit out of it as a person or company.”

That finding is what formed the beginning of Eindhoven Academy two years ago. Helms linked his own experience and expertise with those of Irene van Rijsewijk and then they set up the Eindhoven Academy and the first programme together: “Leadership in the Brainport region Eindhoven’ (LIBRE). Helms: “We both have a big passion for the region and we know from both of our backgrounds quite well what’s going on here. That’s how we came to the idea of a sort of Triple-Helix-training. Eventually it has all become bigger and this spring we’re starting with our fourth programme. 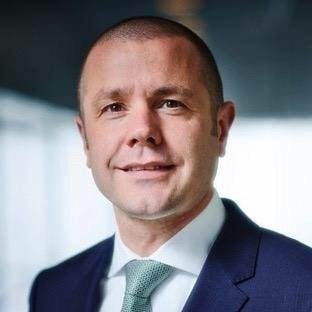 Helms is chemical engineer, he has 10 years experience as an entrepreneur in the region and as a politician. In Eindhoven he was mainly known for being the councillor for the VVD. Van Rijsewijk is an educationalist. She had been political adviser in The Hague for 12 years, now she has been developing and providing several trainings for 18 years, with the focus on collaboration and public-private processes.

During his aldermanship Helms noticed that top managers within Brainport can generally find each other very easily, but that doesn’t count for the people around them, even though those are also the ones who have to become the leaders of the future. “Our LIBRE programme will firstly focus on that group. Leadership is the main point of focus, but we’re not a management training like De Baak or Nyenrode. We’re not teaching specific skills,  but we’re offering insight and we help in making a connection. Mainly outside of the own organisations; we build and connect networks with a value that is easily paid out afterwards. For the participants, but also for the ecosystem in the region.

Helms en Van Rijsewijk do that by offering knowledge about how Brainport works, by inspiring them – for instance with guest speakers such as Maarten Steinbuch and Martijn Paulen – and by providing access to their own networks. “Simply put: We are showing how the different worlds which are a part of the Triple Helix (education – government – business) are really working. What language they speak, what their ambition and method is and what systems they are using.”

Twice a year, the Eindhoven Academy starts the LIBRE program with a group of twenty participants, who ideally consist of approximately the same amount of people from each of the several domains of the Triple Helix. Six intensive modules form an innovative program with, among other things, workshops, company visits, lectures and a ‘Challenge’; a personal contribution to the future of the ecosystem of the Brainport region Eindhoven. “With that we let the participants work together in groups on concrete challenges for the Brainport ecosystem, so that they can experience what is needed for the Triple Helix to succeed, with the aim of providing specific advice, using what Brainport specifically has to offer. At the end of the program we have educated 20 new Brainport ambassadors.”

The first modules are for laying the foundation, forming a cohesive group and challenging participants. This is done with workshops and presentations of Brainport Development director Imke Carsouw and Toon Gerbrands of PSV. Participants also present themselves and their organisation and their personal goals have to become clear. In the modules after that there are visits to companies and institutions such as Solliance, TNO, High Tech Campus, the Technical University, Fontys and Brainport Industries. There are also workshops that focus on pitching and giving presentations and the operation of the government. Everything is supplemented with a lot of inspiration from the activities in this region.

In the final module there are the concluding pitches in which the external ‘clients’ judge whether the contestants have succeeded in finishing their ‘Challenge’ correctly. “In which, logically, the underlying question is whether the contestants do indeed understand better how the system of collaboration within Brainport works. Which is actually quite complex; there is nobody who forces you to work together, also not within our program. So how do you force it yourself? How does ‘giving’ work, which is so important here?”

The great thing is, Helms concludes after the first three programs of his academy, that there is a permanent group effect. “We are seeing that the participants continue to meet each other after the program. They are helping each other within the existing networks, which we are also connecting with each other and with our network, but they especially remain a close group. Therefore they’re eventually not only ambassadors for Brainport, but also for Eindhoven Academy!”