Eindhoven is known for its innovative strength. It is a breeding ground of design and technology. New start-ups are founded here almost every day. The second edition of the ‘Top 10 Start-ups to Watch’ has been compiled to mark their strength and diversity.

An expert jury has decided on a top 10 of companies on the verge of huge developments. They are companies that will receive even greater media attention over the next twelve months. All of the companies come from the region and represent very different areas, from a games platform to a solution to a large waste problem. This also showcases the region’s strength. A strength that now receives worldwide recognition. Forbes has called Eindhoven one of the “Five Entrepreneurial Places In Europe Where Hub Things Are Happening”, while Techcrunch writes that “Eindhoven is creating a lasting culture of entrepreneurship”.

While far from showing everything that is happening in Eindhoven, the top 10 is an excellent cross-section of innovation in the region.

Founded in 2014 By Gerbert van de Ven, Albert Maas and Ramon Haken What A drone for maintenance and inspections, for everything from agricultural fields to oil tanks Jury “A drone that flies with the precision of an ASML machine.”

Founded in 2009 By Tonnis Hooghoudt and Carlos Guerrero Sanchez What Magnetic Smart Materials: materials whose properties change when a magnetic field is applied Jury “As a solution to the waste problem, Ioniqa can convert plastic into raw materials.” 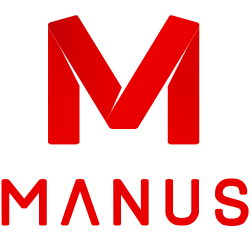 Founded in 2014 By Stephan van den Brink, Tim van Veenendaal and Bob Vlemmix What Gloves that register your hand movements, ideal for virtual reality gaming Jury “This is Eindhoven at its best. A start-up at the cutting edge of design and technology that will spearhead developments in the virtual world.”

Founded in 2011 By Jeff Shimizu, Olaf Weiner, Klaas Kerkhof, Christoph Wanke and Ventzeslav Iordanov What IntelliCap: a smart pill that contains sensors and electronics in addition to medicine. The pill can measure and report conditions in the body so as to control the release of medication Jury “The smartest pill for the smartest km² in the smartest region. That makes sense!”

Founded in 2014 By August de Vocht What The ‘Afgeprijsd’ app indexes for consumers the supermarkets that have marked down products approaching their expiry date Jury “The outcry over food wastage has led to a smart solution.”

Founded in 2015 By Heico Sandee and Mark Menting What The development and secondment of modular robots that can be configured for specific tasks Jury “A robot employment agency that makes the use of robots accessible to many more companies.”

Founded in 2012 By Richard Visser What Optical chips that allow you to handle more data with less energy Jury “Light can do so much more than simply illuminate.”

Founded in 2014 By Doki Tops and Mark Schroders What Subscription service for gaming Jury “Has the potential to become the spotify of games.”

This is the second year that e52 will present its top 10, which has been listed in alphabetical order. The previous edition included, among other companies, Sapiens, which has since been acquired for 150 million Euros, and EFFECT Photonics, which won its series A financing round in February.

In addition to the top 10, we are presenting a tip 10 of start-ups. They just missed out on the top 10, perhaps because they are at too early a stage in their development, but we expect some very big things from them in the future:

The top 10 will be presented during an informal barbecue in Eindhoven, which will be attended by numerous start-ups and supporters of the start-up ecosystem. Economy Councillor of Eindhoven, Staf Depla, highlighted the importance of start-ups for the region’s economy in a short speech. The top 10 is an initiative of the High Tech Campus Eindhoven and will be presented by innovationorigins.com with the support of EY.com, Eindhoven365, Rabobank Eindhoven Veldhoven and Witlox van den Boomen.

The jury was comprised of: