We saw Doreen before on E52.nl. We wrote about her work in the development of sustainable food and when she was one of the winners of the Expat Top 10 in 2016. For the Top 10, she was also interviewed and told us she doesn’t see herself as an expat. “That’s still the case. I have been here about 17 years and I don’t want a label. I just live and work here, just like everybody else,” she says with a smile. Bounce Space is her workplace, a building full of tech start-ups and a restaurant where people who want to reintegrate can have some work experience. “Unfortunately the restaurant isn’t public, but we as tenants can eat there.” Bounce Space is hidden behind the big concrete buildings close to Fellenoord. “It’s really cool environment. I ended up here after I had to leave the TD-building. Actually, I’m looking for a space that also has a test kitchen, so if you know a place, let me know!”

Doreen has, what she calls, a drive for sustainability: “You can constantly create new stuff, but of what good use is that? In food, there is still a lot that has to be done. Here in the Netherlands, only a few people gather their own food in nature. In other countries wildcrafting, like picking mushrooms is more common. Here is some sort of barrier for doing that. Of course, if you want to go wildcrafting, do it carefully. Before you know it you pick the wrong mushroom and you could start tripping or even die.”

“I do notice that the work relationships are more equal in the Netherlands compared to Germany”Doreen Westphal, Designer and entrepeneur

“Food design isn’t on top of the priority list in Eindhoven. A tech start-up is more likely to be pampered and helped. In for instance the city of Den Bosch they are much more open to the things I do. Although at the recent Dutch Design Week the Dutch Design Foundation supported me a lot. I really want to let other people taste the products I develop. Without tasting it is harder to understand. In food technology, and the specific the meat substitutes, are a lot of developments in fake meat. I’m heading in de other direction: vegetables, seaweeds and mushrooms. I don’t want to develop an expensive way of eating vegetables, but a real meat substitute that gives you enough protein.” 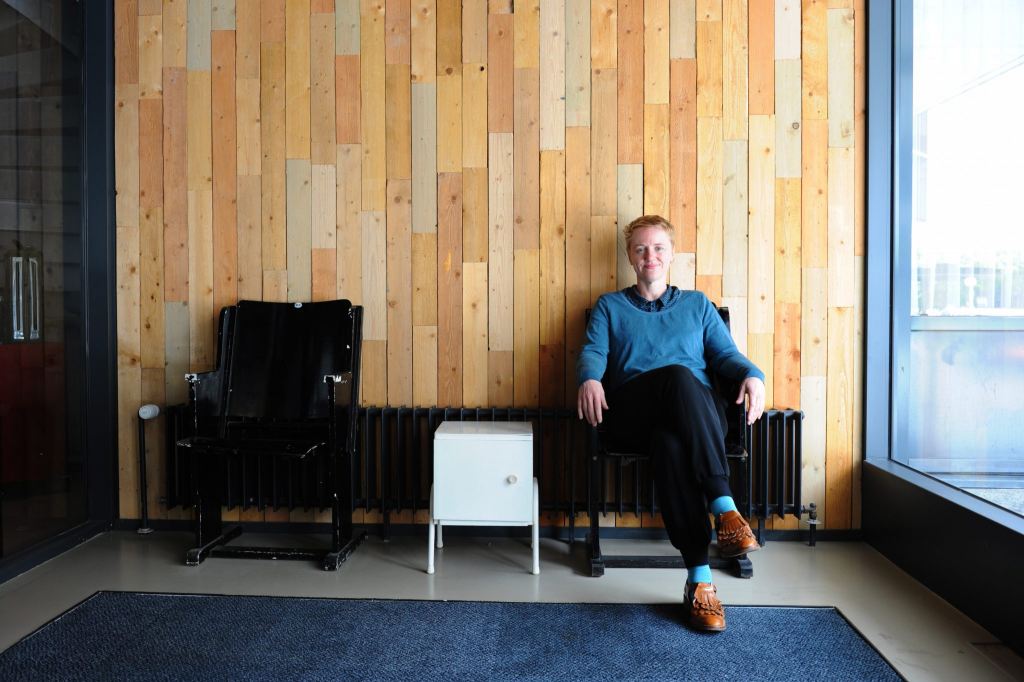 “When I compare the Netherlands to Germany, there aren’t any big differences. I do notice that the work relationships are more equal in the Netherlands. In Germany hierarchy is more important and you have to respect it. Here you see people work together in a more easy way. Something I like more about Germany is the way it works with food when you have company. The joke here in the Netherlands is ‘only one cookie with your coffee’, but that is really a thing! In Germany, it is a compliment for the host if you take another piece of cake or something.”

“Despite the fact it isn’t always easy here for me work wise, I think Eindhoven is a nice city. There is a lot going on. A positive thing is you get in contact very fast with a lot of people. Certainly on a business level, for my network, it is very convenient. The fact that a facility like Bounce Space can exist says a lot about the possibilities in the city. I really love the Genneper Hoeve, a farm in the south of the city. The green, the gardens, the biological farm, the care farm and all the seasons pass by so beautifully. I also think that the Van Abbemuseum is doing very well. When they had the project Auction for great but unrealized ideas, I offered them my idea The Call for Art for their auction. A church has bells and a mosque a minaret to call people. I came up with the idea to call people to the art with audio of singing come come come in three languages. The idea was bought by de Doen Foundation and together with the Van Abbemuseum they realised it. So cool when something like this gets done!”