What started out as a school project of Fontys students to solve a global problem is currently on the verge of becoming a sustainable enterprise. Miraz develops a machine that produces water from air. Their purpose? To offer part of the solution against desertification.

Desertification is the expansion or formation of very dry areas that make the soil infertile. “You soon think of the Sahara, but when we started our research we found out that it is also common in South America, southern Europe, China, Australia and that the problem is getting worse,” says Alex Timmers, one of the inventors of Miraz. He studies mechanical engineering and specialises in commercial technical engineering.

The six men team that, next to Timmers, currently consists of engineering students Tom Hummel and Fill Huiberts as well as three other students, wanted to focus on a subject that not many people are working on yet. “Sustainability is a hot topic everywhere. What you often see is that people develop water filters for countries in Africa or electric cars. We wanted something else. Actually, without realizing how big the problem really is, we have begun to find a solution to desertification.” When they started their investigation, the six men did find some initiatives that try to tackle the problem, but the turnaround has not yet been made, they think. Tom Hummel explains that now that the nature of the problem seems to be getting bigger and bigger, more and more attention is being paid to it, for example from the United Nations. “In 2015 they created the Day Against Desertification and Drought to draw attention to the subject,” he says.

Team Miraz investigated the causes of desertification, including water shortages. “The problem in dry areas is not that it does not rain there, but that it only rains very hard and very briefly from time to time. This results in soil erosion: the top layer of the soil becomes brittle, making it more difficult for plants to root and for the soil to retain nutrients more effectively. If it rains hard once, plants and nutrients are washed away with it, leaving you with bare soil again.”

This only makes it more difficult for plants to root,” explains Timmers. They think that by keeping the sand moist with small amounts of water, they can give nature a kind of kickstart so that grass can start to grow. “As soon as grass can grow, you will have a basis on which to build.”

At the moment the men are busy behind the scenes developing the product. Last semester they put together a small prototype with some parts that were in the attic. “What that prototype does is actually like a kind of air conditioner to cool the air. What condenses then falls down on the surface, as water,” says Timmers. “Despite the fact that that prototype was very small, it really inspired us. Our idea for the large machine is to create a kind of large air conditioning system in the desert that will run on solar panels. We now have an estimate that with 10m2 of solar panels we can get about 30 liters of water with the resources we have now. But then the question is: what can you really do efficiently with the 30 litres of water?” Hummel agrees with Timmers: “The technology is actually extremely scalable, the problem is mainly energy. If you would have an infinite amount of energy, you could produce endless amounts of water. Energy is now the limiting factor here; for us, therefore, the question is a little how technology develops. The machine remains the machine, with new innovations in the field of energy you can always connect a new form of energy to it. We can continue to develop in this way and move with the technology.”

The next step for the future startup is making the large prototype and finding the right customer for their product. And that turns out to be quite difficult. “It is a problem that needs to be solved, but who is responsible?” One of the scenarios is to start working with farmers. “That would be to say ‘you have so much more turnover now because your land is better, we get a part of that turnover and we invest in the machines again’. We are playing with a number of ideas and we hope to make progress in the coming weeks, as well as in the development of the machine”, says Hummel. The financing of the SIA HBO-Take off scheme makes it possible for the startup to develop into a real company.

Start-up of the day: Get to know foreign countries with Localie as a friend and guide

Organ transplantation without lifelong medication thanks to nanotechnology

Brabant administrative agreement: not much in store for Eindhoven 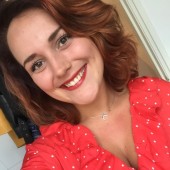