“Shall we do the interview at DENF?”, Daisy asks on the phone on the morning of the interview. “They have the best coffee in Eindhoven.” Later that day, Daisy tells us she thinks Canadian coffee resembles bath water. “It has no taste at all. In the beginning I missed it, but when I came back to Canada I didn’t understand why. I was used to the Dutch coffee at that point. My Dutch boyfriend didn’t understand either, he thought the Canadian coffee was gross”, she laughs.

Currently Daisy is busy with her internship at social design studio Bron van Doen. “It is a good place to build a network and to work on my competences. But I discovered I might not want to pursue a career in social design. I like it, but I don’t see myself doing it for the rest of my life. I do want to continue to use co-creation so together we can get to the source of the problem and help in a more practical way. Don’t get me wrong, a lot of work in social design is done with good intentions, but they sometimes miss the mark. A homeless person sometimes has more urgent needs than getting involved in an art project. I’m now in my last year of my Bachelors. I have a British passport, so due to Brexit the way my future looks is quite unclear: can I do still do my Masters as an EU resident or not? I have to start with my Masters before the Brexit is final. And I hope I can keep studying on the same terms as when I started.”

“I’m actually not a fan of the word expat. There is no difference between immigrants and expats”Daisy O’Neill, Student Industrial Design

“I grew up near Toronto, but we lived in the middle of nowhere. In winter our village has a population of 600 people, in summer it expands to about 10.000 thanks to all the people who have a vacation house there. I spent my years in high school at a boarding school. At first I travelled an hour to school and at the end of the day, I travelled an hour back. But due to all the extracurricular activities, my schooldays already took place until 21:00. I applied for a scholarship for boarding, so I got to stay at school. I had lots of international roommates and they live all around the world now.” 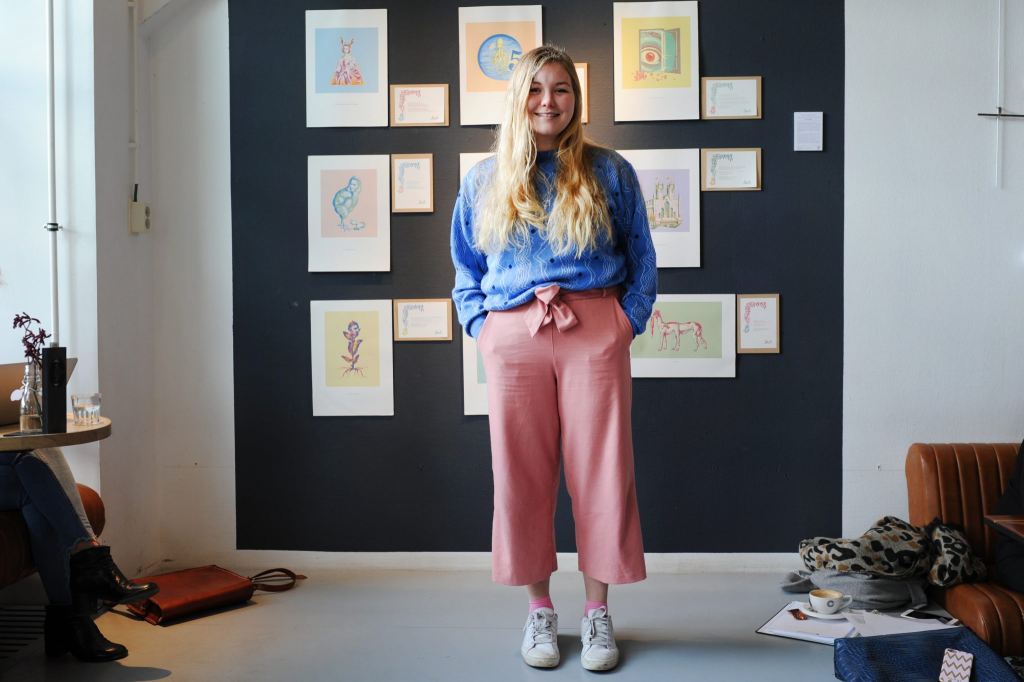 Daisy thinks she is not very into the Eindhoven expat community, although she does know a lot of participants is this E52 series. How come? “Well, I babysit often at expat families homes. I’m actually not a fan of the word expat. There is no difference between immigrants and expats although the connotation is different. We were immigrants in Canada. But back to my babysit families: they all help me too! They ‘accidently’ buy too many groceries and give it to me to take home or help me to get my bike to the shop to get it fixed. And my boyfriend’s grandma adopted me also, she is so sweet. So I have my Eindhoven family here and I talk to my own family very often on Skype.”

“Coming from a small village, Eindhoven is a big city to me. When I go babysit in Acht and have to cycle half an hour, my boyfriend thinks it is way too far. But I think, well it is ónly half an hour. Distance is relative. In Canada, I had to drive an hour to school and the nearest big grocery store was an hour and a half away. We went for groceries on Sunday for the whole week and by the time it was Friday, it was like ‘we will have for dinner, what is left’. Here in Eindhoven, I have everything I need close by. So if I’m feeling like having pasta, I get it and make it. So easy!”