Prince Constantijn of the Netherlands paid a special visit on Monday to the startups of the Holland High Tech House, an exhibition at the Hannover Messe, the world’s largest industrial fair. Having succeeded Neelie Kroes in 2016 as StartupDelta’s “special envoy” and startup ambassador for the Netherlands, the prince was eager to meet the high-tech entrepreneurs.

At the fair booths, conversations stopped and heads turned in anticipation of the prince’s arrival. Soon he made his way down the aisles, stopping to talk to several pre-selected startups. Onlookers crowded around in the hope of a glimpse (or a photo) of the prince, but he paid them little notice, showing genuine interest in the startups’ technology.

“The Netherlands has so much high-tech to offer.”Prince Constantijn,

Bas Zeper, CEO of Plasmacure, offers his thoughts on his interview with the prince. “He really wants to understand what you’re doing. It’s not just superficial interest. We hope to talk with him further to see how he can help take our solution forward. I like that he thinks big.”

After meeting and greeting the startups personally, his royal highness gave the opening address to kick off the “Meet the Giants” competition, a collaboration between Holland Innovative, HighTechXL, StartupDelta, High Tech Campus, the Province of Brabant and Brainport Development.

“I think you are phenomenal,” he stated firmly, addressing the startups. “You’re brave!” He went on to laud the startups’ decision to focus on the solution rather than the problem. He talked about how Dutch innovation is leading the way in the rest of the world. “The Netherlands has so much high-tech to offer.” He credited the Dutch “spirit of innovation” and the people’s willingness to challenge authority for the success of so many of the country’s startups. He drew our attention to the impact that the startups’ innovation can have on society and on the rest of the world. He suggested that next year, the Holland High Tech House should be much bigger, including many more startups. Then without changing his expression, he dryly ended his speech with the words: “It will be huge,” a sly reference to the viral video by comedians Arjen Lubach and Greg Shapiro that made its way across the world in January in response to Trump’s election. The audience chuckled and then erupted in applause.

Mayor of Taipeh on a Smart City mission to Eindhoven 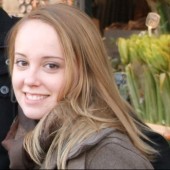