This region was in deep crisis a quarter of a century ago. Now it is the growth pearl of the country. And: less vulnerable.

He calls from Schiphol Airport. Marc Hendrikse, CEO of high-tech machine builder NTS-Group, flies to Silicon Valley to visit two of his biggest customers. NTS in Eindhoven is a company with 1,650 employees, 600 of whom are working abroad. It has branches in Singapore, China, and the United States. NTS is growing by more than 10 percent per year. For ASML and Philips, it designs and builds components of production systems, but American giants in the chip industry like Applied Materials are on the customer list as well.

What a difference with Hendrikse’s life in the early nineties of the last century. Mass redundancies at Philips and DAF and the departure of car builder Nedcar from Helmond plunge the regional economy into a deep crisis. “You can hardly imagine it anymore”, says Hendrikse. At the time he was director of the coach manufacturer Bova in Valkenswaard. As part of United Bus, this company is in danger of being dragged into the bankruptcy of DAF. “It has been very exciting for two full weeks. I worked day and night. It was a very hectic time.

The predecessors of NTS, Nebato and Te Strake, experience a hard time as suppliers to DAF and Philips. They are not the only ones; tens of thousands of jobs are disappearing in the region. Unemployment is rising rapidly.

Hendrikse experiences from close by how the resurrection is being worked on. As director of the employers’ association BZW, he is closely involved in the initiative of Eindhoven Mayor Rein Welschen, TU/e-director Henk de Wilt and chairman Theo Hurks of the Chamber of Commerce. As representatives of local government, knowledge institutes and companies, they want to join forces. The foundation is laid for a unique collaboration, which we now know as Brainport. With the help of European funding, cooperation in the field of innovation between companies is promoted, training programmes are set up, young people’s attention to technology is stimulated and the improvement of the business environment gets a spot on the agenda.

Has it been a panacea for economic growth and prosperity in the region? No. Although the enhanced cooperation between, for example, TU/e, TNO and individual companies certainly contributes to this. It’s just as powerful as the way how directors in the networks collaborate and how easily companies can find each other.

But the economic foundation laid by Philips, in particular, has been strengthened mainly by the companies themselves. Philips’ demerged businesses have become global players on their own strength. ASML is the most important exponent; with its chip machines, it has far outstripped the old mother in market value. ASML has given an enormous boost to its suppliers in the region. Chip producer NXP and electron microscope maker FEI, also from the Philips nest, have become billion euros companies as well. And of course, Philips was the father of the High Tech Campus, initially intended for its own research and development and later opened to other high-tech related activities.

Philips has sown a lot that others have brought to fruition and are harvesting. Also by many smaller companies that have developed a specialism with which they take the world market by storm in their field. Take Hemics, who was the first in the world to develop a scanning device that detects joint rheumatism. Shapeways emerged from a starter program of Philips and now has 3D printing plants in Eindhoven and New York. Seecubic and Dimenco are now continuing to embroider on 3D technology for television and other screens that Philips left aside. With a digital watermark to prevent illegal copying of films, the Eindhoven-based company 4C, which was hived off by Philips, succeeded in Hollywood.

Everywhere in the region, you’ll meet former Philips employees. They are well educated and still filled with inspiration by their former employer. For example, four former Philips men are responsible for the Best Company Heliox, building the charging stations of for electric buses, which drive around in our region. At Ctouch, a fast-growing Eindhoven-based manufacturer of large touch screens for educational purposes and meeting rooms, members with a Philips background can also be found on the Board of Management.

The breeding ground for innovative entrepreneurship in the region is favourable. The TU/e and the technical training courses at Fontys in Eindhoven deliver clever minds that are successful after years of pioneering throughout the world. They find their way to companies like Concept Engineers that develop smart sorting machines for fries, cigarettes, and sweets. A company with around fifty employees, founded by five Eindhoven engineers. Their machines are shipped to countries such as China and Australia.

The economic base in southeast Brabant has become much wider in scope. Companies have started to internationalize and globalize. That makes them less vulnerable. Europe’s decline can be offset by growth in North America or Asia.

Regional companies are represented in many sectors. Prinsen Food in Helmond is already a European player with its coffee creamers, cappuccino and cocoa drinks, sweeteners and diet and sports foods and will enter the world market after the acquisition of a German company. The Helmond based Huijbregts Group already ranks among the best in the world as a supplier of powder mixtures for foodstuffs such as margarine, bread, soups, and sauces.

Can it go wrong again in the region when the global economy collapses? Of course, we will notice that, Marc Hendrikse also thinks. “But less badly than back then.”

We are more diverse, broader, we export much more. Look at DAF Trucks, which sells 15% of its trucks outside Europe and is successful worldwide with its manufacturing of engines. See how electronics company Neways in Son has accommodated not only to Philips, ASML and other customers in the chips sector but also to the automotive industry.

VDL is an excellent example. This company has evolved from a supplier of Philips and DAF to an international industrial group with a wide range of products. The group offers more jobs than DAF and almost as much as ASML. It operates from the oil and gas industry to sunbeds and is even a car manufacturer with VDL Nedcar. And thanks to the acquisition of Philips’ machine factories, VDL is also increasingly focused on research and development.

VDL nowadays also owns Bova, the company where Marc Hendrikse was responsible 25 years ago. With NTS-Group, he meets VDL again. “In the United States, VDL is my biggest competitor”, he reports from the airport. “In Singapore as well.”

In China, next to VDL, the Frencken Group – also from Eindhoven – is an additional competitor for NTS. The regional suppliers are all represented at the world top of the high tech precision engineering industry. Thanks to Philips, which, like a business card, opened many doors in the world.

It has happened, for example, that Hendrikse suddenly sees colleagues from regional competition emerge in Singapore or the United States. But in the evening they dine together, symbolizing the present economic strength of southeast Brabant. 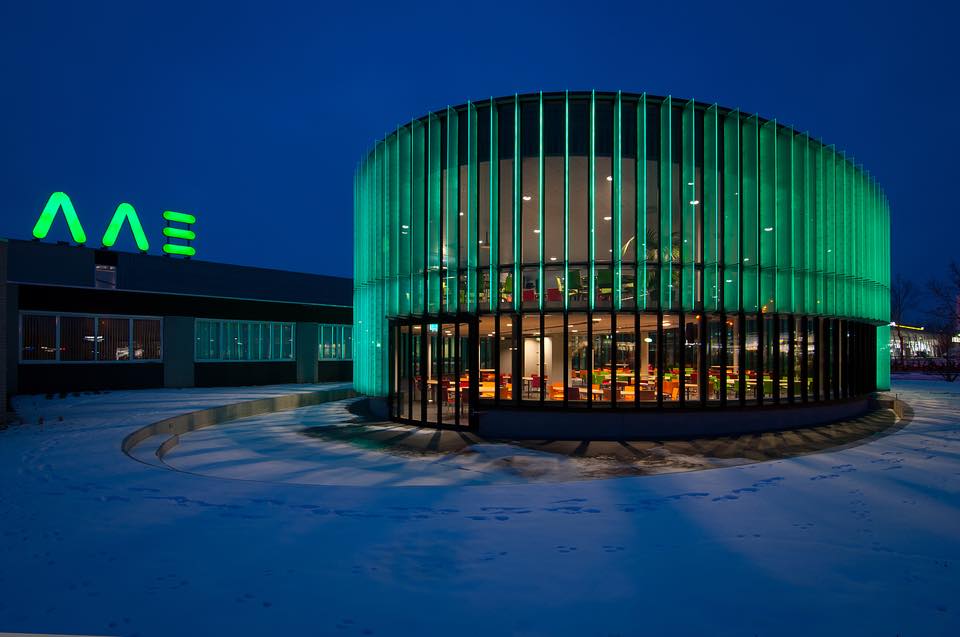 Client of Lego and ASML
AAE in Helmond is growing like crazy. With 215 employees, it produces high-tech machines and components, such as modules for ASML’s chip machine and Thermo Fisher Scientific’s electron microscope. But AAE (Advanced Automated Equipment) also develops and builds machines for Lego, for the production of medicines, LED lighting, passports and automatic gearboxes.

Before William Pijnenburg became the owner in 1995, it was owned by ODME, which produced a production machine for CDs. From Philips, ODME purchased the activities that made a sound recording suitable for reproduction in 1993. AAE, which made the machines for ODME, received twelve people from Philips as part of the deal. “Outsourcing by Philips has been the start of the growth of AAE”, say director Frank Mulders and manager of Human Resources Manon Pijnenburg. AAE is allowed to do more and more for large clients such as ASML. It is also working for start-ups. And because of the enormous diversity in sectors and markets, it has become crisis-proof. Pijnenburg: “We have never had to reorganize our business.” 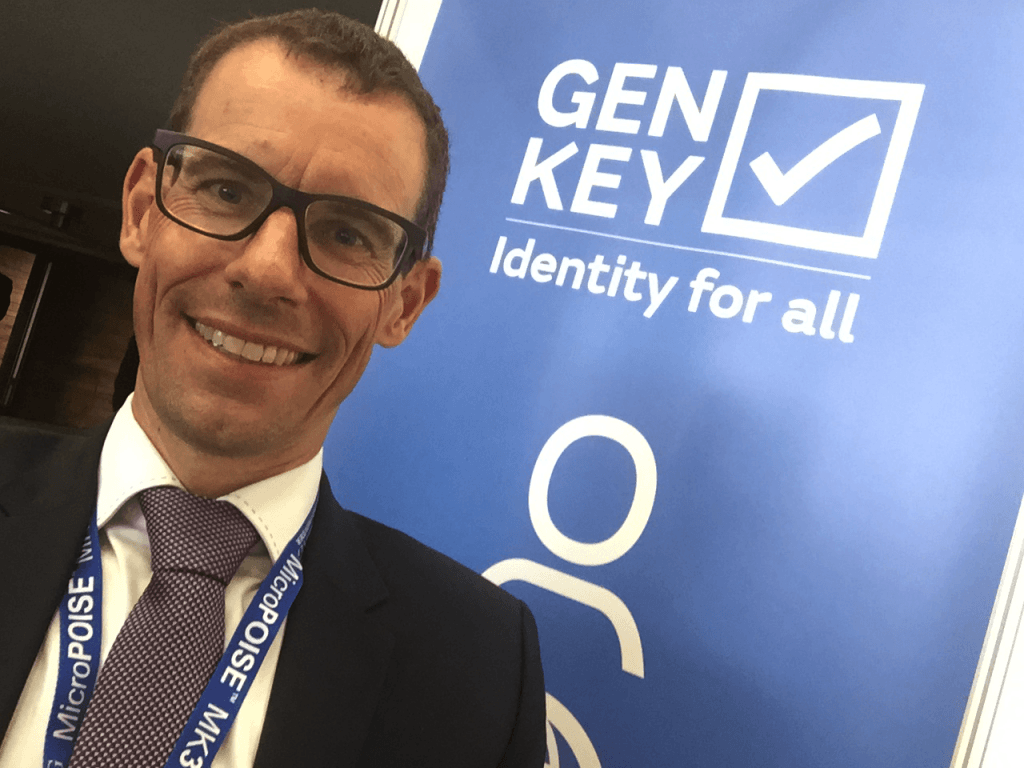 Technology helps Africa
Michiel van der Veen and five colleagues from Philips Research in Eindhoven started their own company in 2008. Ten years later, Genkey is active in biometric technology at the High Tech Campus Eindhoven, in the USA (Chicago) and in Ghana, with fifty employees. It provided fingerprint scanners for identification of voters in African countries. The provision of health care now is an important market as well: identifying insured persons with fingerprints and facial recognition. “In Ghana, 17 million people now have a healthcare pass”, Van der Veen says.

Dimethyl ether instead of diesel – how trucks can become cleaner