Brainport already had the strongest Taiwan-connection of the country, but after the recent visit of Mayor Rob Gijzel and Brainport program manager Naomie Verstraeten to the Far East, this will only increase. In the short term, five new companies will settle in and around Eindhoven – and we can expect at least five other ones to arrive in the not too distant future.

Their backgrounds are diverse. The names are kept secret for the time being – so that they do their pr – but they come from sectors such as medical equipment, sports equipment, automotive and ICT.

The strong ties between Eindhoven and Taiwan emerged in 2011. Since then, each year delegations flew to one another, and is gradually the foundation for cooperation between the two regions was laid. That works mutually, DAF has proven: the Eindhoven truck builder is the largest of its kind in Taiwan. And is still growing.

By the way, it’s not just about technology; in the world of design the similarities – and contacts – are at least as large. Taipei is this year’s World Capital of Design and in preparation for that it has developed a designer-in-residency project with Eindhoven, which also works in two directions. From June the Eindhoven designers will be in Taipei, and Taiwanese designers will come to Eindhoven from September. During the Dutch Design Week, at the end of October, this should lead to an interactive virtual portal.

Special part of this cooperation is the Design-for-Health project, which includes TU/e and Philips. The aim is to help them develop the Next Design for Aging. The designers-in-residence also play a role here. In October they plan to have three prototypes at work: an interactive chair, a social gaming table and an interactive ball. And all for older people to keep an enjoyable life. 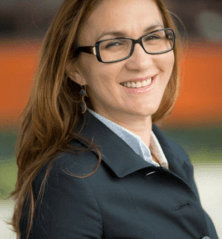 Besides Taipei, Van Gijzel and Verstraeten also visited Taichung, the centre of Taiwan’s manufacturing industry. DAF is is established here as well. “Here we have visited many companies for which it would be interesting to get a foothold in Brainport” says Naomie Verstraeten, program manager for the Brainport International Programme (BIP). “We have seen several great smart city initiatives. Which also provided important leads for the tenders that now are open. Eindhoven companies could subscribe to some of them.” The first results of all these efforts is that, already in July, a delegation from Taichung will visit Eindhoven. The want, among other things, to come and see the plans for Brainport Industries Campus with their own eyes.

Equally promising is the road show which attracts Taiwan from mid-October. “That’s a Dutch initiative, a moving exhibition of the ten most interesting innovations from our country. And revealing: the majority of them is coming from Eindhoven “.