Sensors are now part of the basic equipment of every modern car. Cameras, ultrasound, radar, infrared and the like already exist. But to really equip cars for autonomous driving, more is needed, besides of course the right map technology. The German tech company Bosch has now developed a new lidar (Laser Imaging Detection And Ranging) that goes beyond the usual functions of this system, such as parking assistance, and is already working on series development.

The new sensor is designed for both short and long distances and is, therefore, suitable for both highway and city traffic. According to managing director Harald Kröger, Bosch wants to reduce the (still relatively high) price of the complex technology by scaling up and thus making it suitable for the mass market. “Bosch makes driving as automated as possible,” says Kröger.

The laser-based rangefinder is indispensable for autonomous driving on levels 3 to 5 (where 5 is the maximum achievable), but lidar alone is not enough either. According to Kröger, analyses by Bosch have shown that three sensor principles must be used in parallel to make autonomous driving safe: camera, radar and lidar. This became clear when the developers examined all applications of automated driving functions, from highway assistance to fully automated urban driving. In situations where, for example, a motorcycle is approaching an autonomous vehicle at high-speed on an intersection, lidar is essential in order to reliably detect the motorcycle. A camera can be blinded by light and for the radar a narrow silhouette and plastic tubs are difficult to detect. But if all three technologies are used side by side, reliable information can be obtained in any situation. 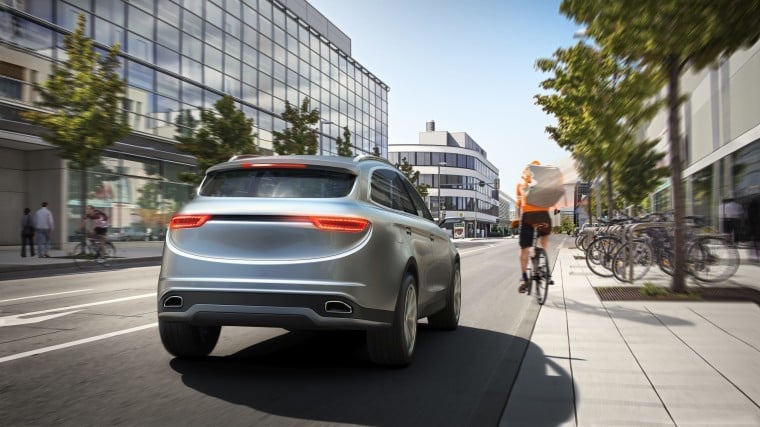 By using the functionality of lidar, which is similar to radar when it comes to locating obstacles (only, lidar does not emit radio waves but laser beams), the rangefinder also detects non-metallic obstacles at long distances. Thus, braking or evasive manoeuvres can be initiated in time, for example when the lidar sees large stones on the road. Since Bosch can draw on its existing sensor and system knowledge of radar and cameras for the development of the lidar, all three sensor technologies can be optimally coordinated, says the Stuttgart based team. “We want to make autonomous driving safe, comfortable and fascinating. In doing so, we are making a decisive contribution to the mobility of the future”, says Kröger. According to him, a lidar focused on long distances meets all the safety requirements for automated driving, and car manufacturers could simply integrate it into their new models in the future.

Bosch has been developing and manufacturing ultrasonic radar and camera sensors for many years already and is a leader in sensor technology for driver assistance systems and automated driving. The company has equipped the camera technology for cars with artificial intelligence so that these cars can recognize and classify objects in different ‘classes’ such as vehicles, pedestrians or bicycles, and measure their movement. This allows the camera to recognize and classify partially hidden or crossing vehicles or pedestrians and cyclists directly so that the car can quickly activate a warning or emergency stop.

The new generation of radar sensors has a large detection range, a larger aperture angle and a high discriminating power, which enables them to detect the vehicle’s surroundings even in bad weather or poor lighting conditions.

Companies such as General Motors, Ford and Google spinoff Waymo are already using Lidar, while Apple is still evaluating the technology. Nissan and Elon Musk (Tesla) are not very enthusiastic about it yet.