Eindhoven and Tilburg are the first two Dutch cities to get a system of bicycle sharing: HopperPoints. The first HopperPoint will open next Wednesday – January 6 – at Van der Valk Eindhoven.

At twenty locations in the city, the bicycles (“hoppers”) can be booked, borrowed and paid with an app. One can retrieve a bicycle in one location, and return it to one of the other spots. Per location up to 12 bicycles will be available.

The app offers an overview of the HopperPoints in the city and the available bikes. Reservation is possible. Unlocking at departure and shutdown after using it can also be done with the app. Once a month the user receives an invoice. The price for a ride with a hopper is not yet published.

According to the organization, HopperPoints will be located at the ‘prime locations’ in the city. “In the 36 months following our start, we will examine the effectiveness and users satisfaction. The goal is to increase the use of bicycles for short transport, and to reduce transport bottlenecks. If the pilot turns out to be successful, HopperPoints and bicycles will be added. There will also be HopperPoint projects in other cities.” 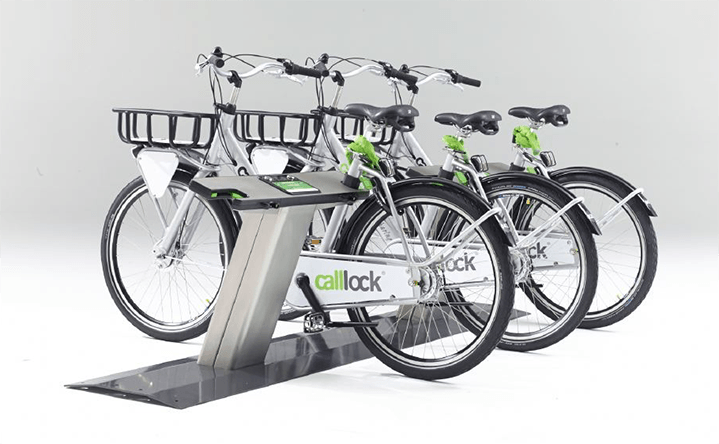 Part of financing of the bicycle system comes from advertising on the bikes. Local companies can “give a new impetus to corporate social responsibility”, says HopperPoint.

Globally Eindhoven is far from being first with a system like this. Bike rental systems in New York and Barcelona for example, have been praised a lot. Transportation experts often doubted whether such a system could work in the Netherlands, due to the already high bike density, and a successful system of “OV-fietsen”.

The HopperPoints fit well into the Eindhoven Bicycle Plan, which aims to provide less car traffic and more opportunities for the bike. Wethouder Jannie Visscher already stated earlier that Eindhoven also wants to prove itself as a tech city in the field of cycling, by promoting smart mobility apps that can easily determine the most efficient mode of transport at any particular time. Smart monitoring via a network of sensors in place of sporadic census points should also give a clearer insight into actual traffic flows. Visscher: “In this way we can then better determine whether a cycle path should be made wider or whether a traffic light should be repositioned.”