On Wednesdays Amadou is at home with his children, so we meet up there. We ring the doorbell and are greeted by Amadou and his youngest son Kassim. The toddler is not impressed by us and goes his own way. We take a seat at the table and Kassim joins us and looks at us with suspicion. “He will be more enthusiastic in a while,” says Amadou, “he is always a bit cautious in the beginning.” Amadou makes tea and tells us he works four days a week at a carwash in Nuenen. He is taking extra Dutch classes so he can become an assistant manager. “I really like it at the company. I have a good relationship with my boss. My wife also works, she is Dutch and Dutch women like to work. That is something that is slowly starting to change in Guinea. More women are working there now. It’s good for the country.”

“I am in the Netherlands since 2000. Guinea was led by a military regime and I didn’t want that. Now I sometimes go back. The last time was in February. My father wasn’t well and he had to go to the hospital and I was there to support him. Unfortunately, the hospitals are not good in Guinea. The money that should be spent on them, falls into the wrong hands. There is a lot of corruption. I buy medication for my father here and sent it to him. My father is very important to me. He has learned me that being open to other people is a great blessing. A wise lesson of him is to show this to others by having an open posture too. I try to teach that also to my children. And they have to know that I will always be there for them, no matter what.” Amadou was right earlier, by the way: Kassim is chatting happily now and follows our every move.

“I got a very nice and warm welcome in Eindhoven”Amadou Bah, Team member carwash

“I met my wife during a reggae festival in Eindhoven. I lived in Venlo back then. Eventually, I moved to Eindhoven for her, but the fact I didn’t like it in Venlo also played a big part in this decision. In Eindhoven, I got a nice and warm welcome. I attended cooking classes at Kempenpoort and Summa College Sterrenlaan. At these schools, the teachers looked together with me at what was possible for me. They did a lot for me. With a few teachers, I’m still in contact. The well-known chef Mounir Toub was one of my teachers. A really nice person! Now I know a lot of people here. I also helped out in the social guidance of youth at Dynamo. That is a place where all kinds of young people can come, but they need to interact with each other with respect.” 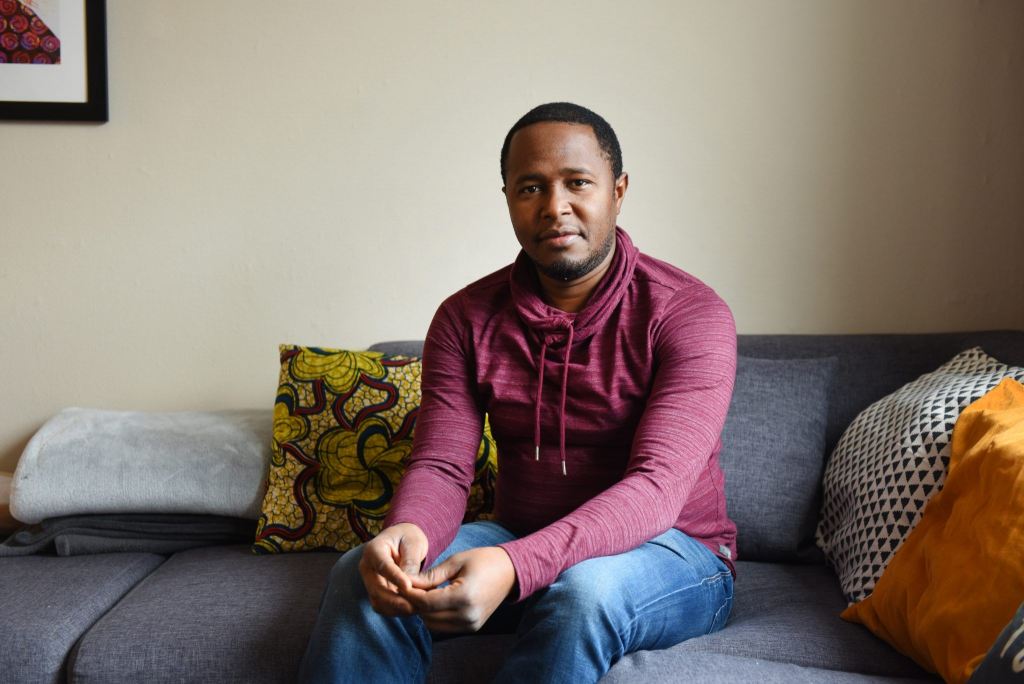 “After a lot of procedures and residences, I finally got my permit thanks to the general amnesty in 2007. The foundation Vluchtelingen In De Knel (meaning refugees in need) was very important to me. They always helped me. Just as my wife. She fought for me so I could stay in the Netherlands. I always stayed motivated. I don’t get disappointed that easily. Eventually, I worked as a volunteer for the foundation also. I helped refugees to find their way in the Netherlands. I see it as a way to give back to the foundation for all that they have done for me.”

On December 15th Amadou celebrated he officially became a Dutch citizen in 2017. “It was a wonderful ceremony with mayor Jorritsma and all the other new Dutch citizens living in Eindhoven. It was very special. Especially when the mayor said that he was happy for us that we have Eindhoven as our hometown. And he also became best friends with Kassim right away.” Amadou shows us pictures of the festive afternoon and there he is, the mayor with one arm around the shoulders of Amadou and his other arm sits a bright smiling Kassim. We understand that very well!