The vegetables in the community garden at the High Tech Campus are in full bloom and the first strawberries have already been picked – notwithstanding the bad weather. All campus staff can help, and some even bring family their members to the so-called “Community Garden”.

The Google and Microsoft campuses already had their community gardens for a long time, says Stefan Pfundtner. Early 2013 Pfundtner, along with two colleagues, took on the idea to start a vegetable garden at the High Tech Campus. “Mark, Nestor and I all have an interest in sustainability and nature. We saw the opportunity on campus, because there is a lot of space”, Stefan Pfundtner recalls.

The three initiators asked other staff on campus if there were more people who would like to work in the garden. Within a week, the initiators already had eighty volunteers are on their list. Initially, this is what they wanted to achieve with the garden:

“We want to create a biodiverse paradise and a place for the campus to show off. Offering all interested campus residents possibilities to participate.
Be a learning center for urban agriculture and sustainable living. Please note that all campus residence enjoy a piece of nature through lunch spots. “

The construction of the garden took place in late 2013. The first fruit trees and berry bushes, which were to form a natural border, were placed. Three years later, the project is still very active and at lunch time, people still come over to garden and see each other. “There is a path through the garden and many people walk there during their lunch. We think it’s quite nice that everybody can use what grows in the garden at this time.”

Since the start of the project Pfundtner and his colleagues learned that not all vegetables were suitable for the garden. “Annual vegetables were the biggest challenge, but that was mainly due to the rabbits and birds. They enjoyed these products very much. This year we made the switch to mostly perennial plants and trees. “Because of this transition there is more time, for example for giving workshops in designing a vegetable garden.”

Currently, the garden has more than fifteen trees and shrubs. Especially the berries can be eaten. And next to the strawberries, there are also apples, peaches, blackberries and rhubarb. In addition, there are beehives which will also produce real ‘High Tech Campus honey’.

At this time the trees do not deliver much fruit yet,  but the berry bushes produce enough for all the visitors. “For the near future, there are some ideas to work with the restaurants and businesses on and around campus. We are for instance talking with the green school Helicon, which is located next to the campus.”

The High Tech Campus Community Garden can be found near the old farm on the south side of the campus.

MindMansion is testing VR-therapy to take away fear of flying 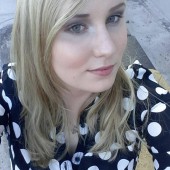 IO-TV THURSDAY 28th of May: INSPIRATION TALKS WITH NEIL GERSHENFELD

A hospitality-friendly app and kiosks for booking bars, restaurants and outdoor cafes