He worked all over the world before coming to Eindhoven for the first time in 2009. Here he found a city in full swing. Together with Dr. Carlos Guerrero, who was working at TU/e at the time, Tonnis Hooghoudt set up Ioniqa that same year. The company has found a (circular) solution for recycling plastic, or PET to be exact, using a breakthrough technology. Today we’re talking about what actually contains PET and how some stuff just happens spontaneously – without a plan and a PowerPoint.

A solution to the waste problem, Ioniqa can convert plastic into raw materials. (According to the jury of the e52 Top 10 Start-ups to Watch)

Polyethylene terephtalate (PET) doesn’t generally improve when it’s recycled. If it’s recycled. Bottles are usually brought back in good shape – consider the deposit system – but, worldwide, the bulk of plastic waste goes straight into the furnace or even disappears into the bottom of the ocean. A small amount is processed and reused, but, after being recycled a few times, the quality seriously deteriorates. Once the building block of a coke bottle, a couple of lives down the line and PET is only usable as low-grade fibres in a polyester carpet or as packaging material.

“It’s a crime and it needn’t be the case,” according to CEO

Tonnis Hooghoudt. After years of research, Ioniqa can recycle PET and convert it back into a ‘high-quality’ building block – one whose quality doesn’t seriously deteriorate and can be endlessly reused. “It’s the missing puzzle piece in the circular PET recycling process,” says Hooghoudt.

“We’re turning the market on its head: suddenly all PET can be recycled.” That means less waste and less reliance on oil – as crude oil is the basis of new PET – and also less expense for companies. They’re currently paying up to 150 Euros per ton of waste (that they increasingly take back themselves). That can run into the millions every year for large companies. Hooghoudt believes that waste can be considerably reduced with Ioniqa’s circular recycling method. And so there’s a revenue model, the basis for the circular economy.

How exactly does it work?

“What we’ve developed is a magnetic fluid and separation process that we apply to the used PET material. Think old soft drink bottles, strawberry punnets, but also used polyester clothing and mats. With this technology, we can not only convert PET into a high-quality product, which can be reused to make soft drink bottles, for instance, but we can also take out the colour of the PET waste product and create a colourless material. That’s the most important step. That can’t be done with the current mechanical PET recycling method. So we apply our magnetic fluid to a bottle, for example, and deliver colourless crystals (or a fluid form), as a raw material, back to the market. They can then be used to make high-quality PET products in the desired shape and colour. PET products regain their original base material without having to be remade with oil.”

What have been the highlights for you as a start-up?

“Finding the right market. We actually already had a solution before we had a problem. An innovation manager told me, “You have a horseshoe and you’re looking for a horse.” In short, a technology push! We knew that we had lots of possibilities with this liquid, but what we wanted to do with it exactly, that wasn’t set from the start. So it was definitely a highlight when we heard from companies. There is a huge shortage of high-quality recycled PET. Reputable product suppliers are eager to find a circular PET process which doesn’t require more money and energy. Since then the market has showed clear interest in the development of our technology, which is huge. It gives us direction.” 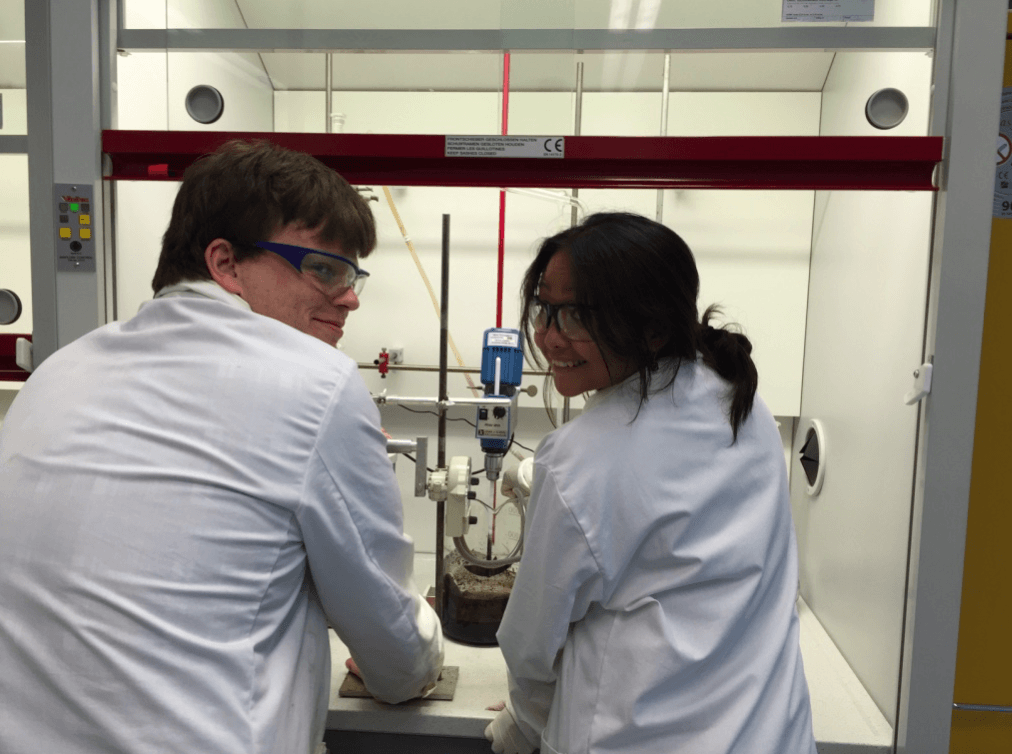 What’s been the biggest lesson you’ve learned so far?

“I think we’ve grown by staying focused. Our magnetic smart materials and separation processes can be used in many areas: for PET recycling, of course, but also for sealing hard drives as a contrast fluid for MRI scans, and even as art (see the video below). But you can’t diversify too much with a small team. That’s why we’re focusing on a few things. That also makes it easier to convince investors, who are very much needed at this stage. 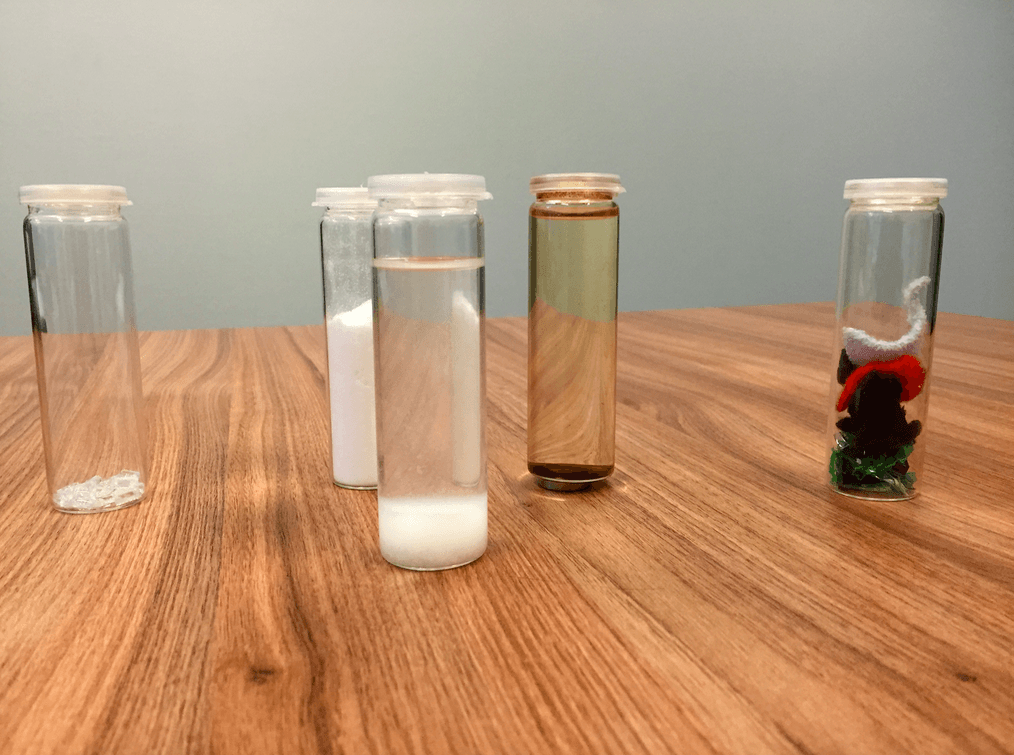 Another lesson, and an especially fun part of this work: solutions often arise spontaneously, not always with a plan and a PowerPoint. Sometimes something surprising suddenly happens when you mix different things in the lab. Spotting this is an art. So you have to keep your eyes open and work systematically! I also think we can stimulate even more of this kind of an R&D environment in the Netherlands. I have already suggested the implementation of ‘innovation bitcoins’, which can be used to pay people in exchange for their help. Sometimes there’s equipment ‘rusting away’ behind a door somewhere that I can’t use because the administration doesn’t allow us to compensate one another. The same goes for knowledge, which you can use in so many more ways. It’s fine to be focused as an organisation, but sometimes you have to let go and then solutions arise that you could never have thought up in advance.” 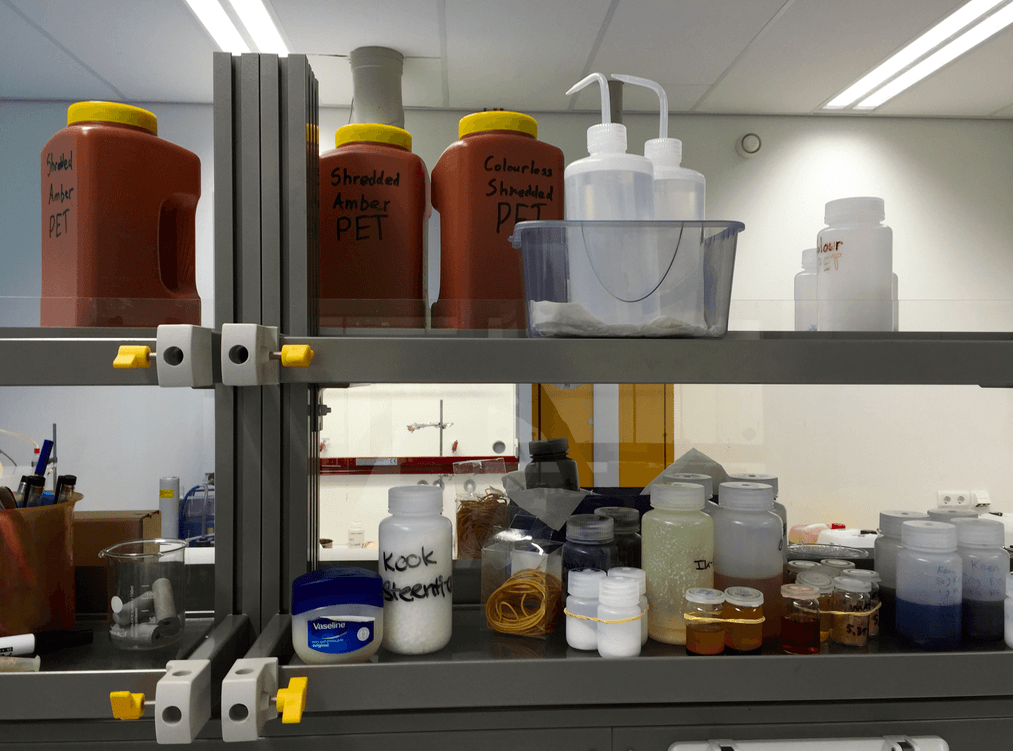 Why are you based in Eindhoven?

“Ioniqa is based in Eindhoven, by the incredibly stimulating working environment, because the research into magnetic smart materials began here, at TU/e. We started in the university’s innovation lab, where we had our office. Our lab was actually in the basement of the physics building which no longer exists. Now we’re in this great location, De Lismortel, on the TU/e campus. Our lab and our office are next to one another, which works best. Eindhoven is a fantastic place, very dynamic. At that time, I’d come from abroad, from the west of the country, and I really didn’t know that there was so much activity here. It was at a time when things were going badly for the Netherlands, but I only saw growth in Eindhoven.”

“Until now, PET recycling with our magnetic materials and the separation processes have taken place in our lab. We first demonstrated that it worked on a test tube-level and last year we scaled up to litre-level (100 times bigger). And then it became clear that, in terms of cost, it’s very competitive in the market. Now we’re taking the next step and scaling up to hundreds and thousands of litres, in close collaboration with stakeholders in the market. That has to happen at a chemical location and at a place where PET waste can be processed. We want to do that this year. In two years, the plant should be running on a kiloton-level. We’ve set up a funding round for this. We see it as a first step and we expect that the technology will also be able to be applied to other plastics and (cotton) materials, and even in the food industry and biomedical applications.”

The ‘spikes’ in this video are used in Ioniqa’s lab to test whether the magnetic fluids react well in a magnetic field.

This is the third profile of an Eindhoven start-up from this year’s Top 10 Start-ups to Watch. Read all of the profiles so far: